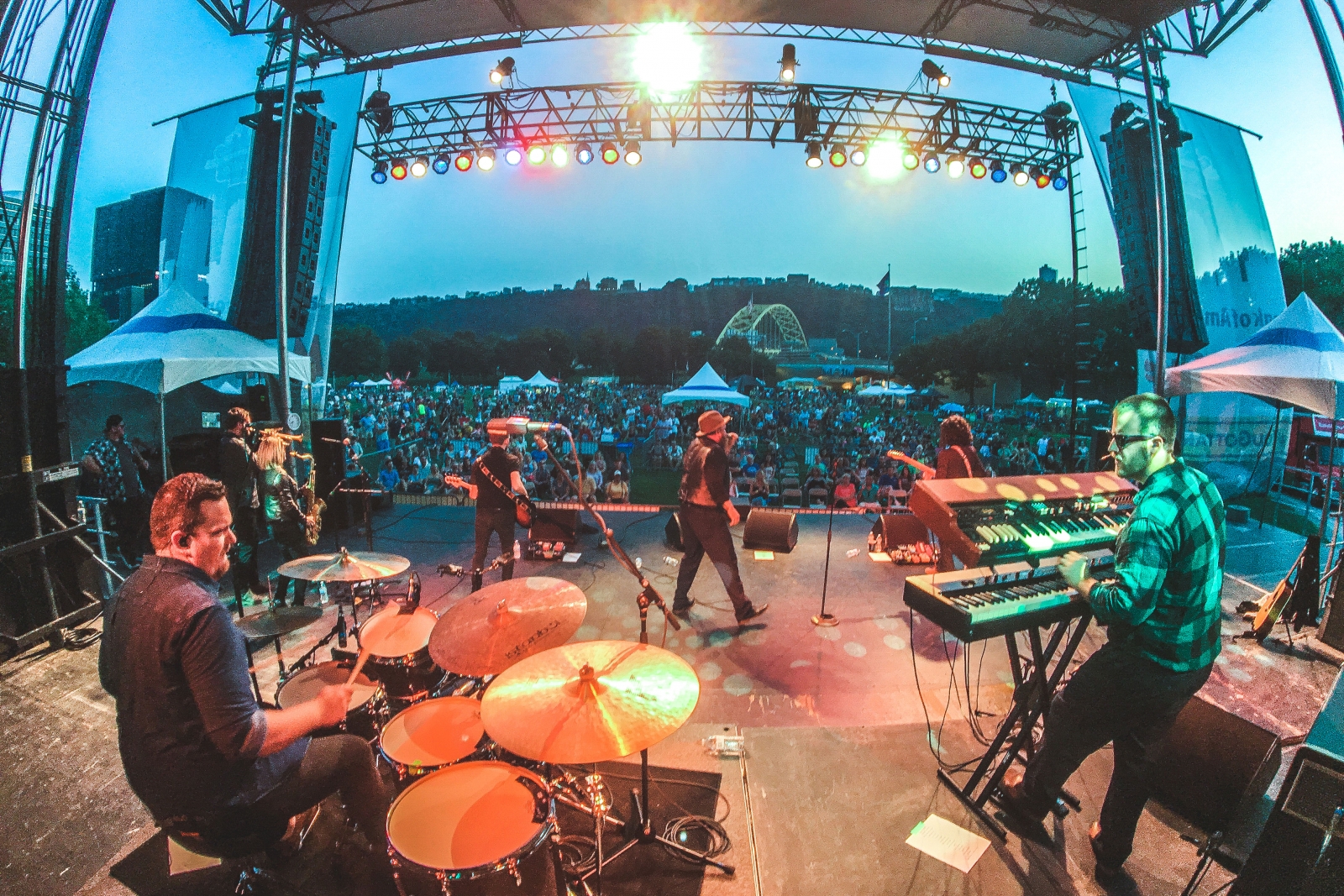 I am someone who firmly believes in the power of your own childhood tastes.

Which is to say: Some may see “Double Dare Live!” listed on an events calendar and think that it’s an event for the kids. And to be clear, your kids will definitely delight at the site of someone rummaging around in a gargantuan nose for a colored flag. But I’m pretty sure you’ll enjoy it, too. If you watched “Double Dare!” as a kid, I think you can probably buy a ticket whether or not you have a child in tow.

Below, find five great November events to add to your calendar — several of which offer a heavy dose of nostalgia.

Wings & Wildlife Art Show
November 2-4, National Aviary
There’s never a bad reason to visit the great American bird zoo, but the annual art show is a particularly good one. This is no craft fair or assemblage of second-rate, “Put a bird on it” art — the annual benefit is a juried competition, with one-of-a-kind, lovely pieces from far and wide on display (and, in may cases, on sale). The opening soirée, set for the 2nd, also deserves a prime spot on your social calendar.

Double Dare Live!
November 18, Benedum Center
As mentioned: Yes, the game show that helped make the Nickelodeon network famous is on tour, and the slime-based entertainment will indeed make a stop at our region’s most hallowed cultural hall. (This is inherently funny.) The proceedings, which presumably will involve several people careening into foamy pits of goo, will be hosted by the show’s longtime emcee, Marc Summers.

The Commonheart — Do Right Pittsburgh
November 24, Mr. Smalls Theater
The upper echelon of homegrown music talent is more crowded than ever before. I assure you, that’s not a bit of journalistic hyperbole; it would not appear that any era in the city’s music history can compete with this one in terms of talent. The Commonheart are among the city’s best, presenting an infectious blend of blues, rock, soul and gospel that makes for impressive, captivating live performances. They’ve got a marquee gig called Do Right Pittsburgh coming up, wherein they will deliver a sure-to-be-epic set in support of Light of Life Rescue Mission.

Nick’s Fat City Reunion 2.0
November 24, Stage AE
Do not let the above endorsement of the modern music scene in any way imply, however, that there weren’t gems among Pittsburgh’s native talent in every era. The alternative-rock boom of the late ’90s will be brought back to life at Nick's Fat City Reunion 2.0, a marathon show headlined by the local rock kings of every era since the late ’80s, The Clarks. Also suiting up once again: the Buzz Poets, Brownie Mary, the Gathering Field, Grapevine and more. It’s a benefit for the Greater Pittsburgh Community Food Bank, too.

A Charlie Brown Christmas
November 25, Byham Theater
As much as I am loathe to admit, there are people who actually want their Christmas season to spill into November. I am strongly opposed to this perspective; on the other hand, I begin preparing for Halloween in July, so I am not one to talk. For those eager to get a jump-start on the season, the Peanuts are stopping at the Byham the Sunday after Thanksgiving with an on-stage version of Chuck’s beloved holiday special. It sure beats getting a jump on your gift shopping, anyway.

This article appears in the November 2018 issue of After Dark.
Categories: After Dark