Five Essential May Events in Pittsburgh

Powerful punk, premiere panelists and other May happenings. 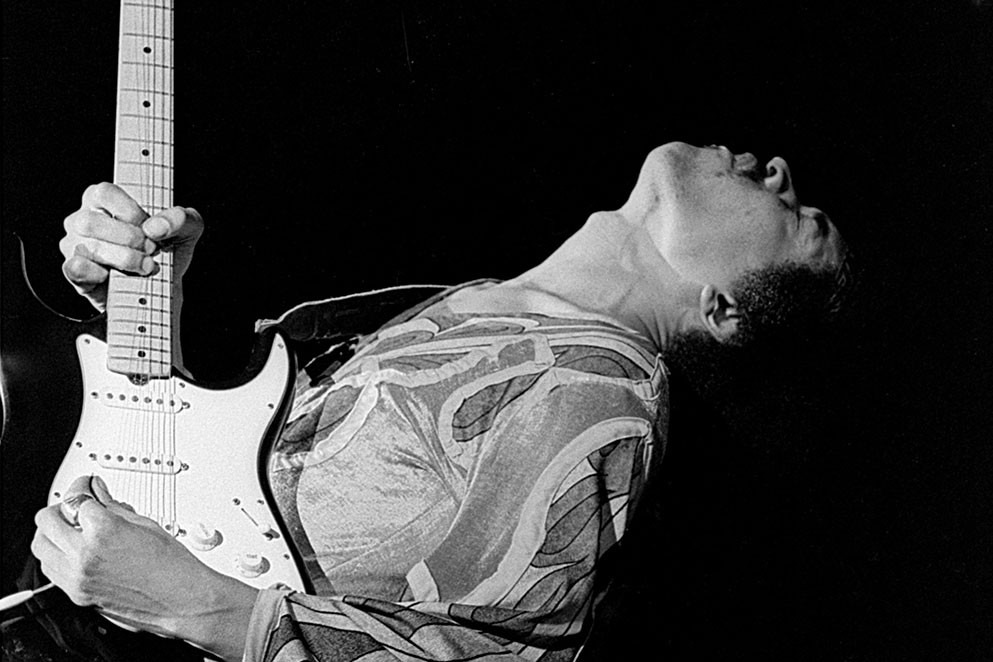 First, an apology: I accidentally selected five indoor events as this month’s picks.

I know, I know. We all want to be outside. We want to be Instagramming ourselves sipping a beer in a kayak on the river underneath a fireworks display while the Pirates play on the North Shore and a band plays at the Point. (Note: Please do not actually attempt any of this.) The weather is turning.

But the following five events would be worth your time no matter how tempting the urge to spend the evenings on a porch.

And let’s be honest: It’s gonna rain. It’s May in Pittsburgh. So make some weatherproof choices.

“Jimi Hendrix Experience: Electric Church”
Rangos Giant Cinema, May 3-4
If Hendrix came back tomorrow — possibly through an “Avengers: Endgame” scenario — you’d never get a better seat to a gig than you’ll get at the Carnegie Science Center’s Rangos Giant Cinema. For two days only, “Electric Church,” including portions of The Jimi Hendrix Experience’s 1970 performance at the Atlanta Pop Festival, will be screened in the massive theater. The film is part documentary and part concert film, with gorgeous photography of one of Hendrix’s most iconic gigs.

3 Rivers Comicon​
The Waterfront, May 11-12
There’s quite a story in the sudden and dramatic relocation of New Dimension Comics’ largest location, which departed its longtime Century 3 digs and re-opened in The Waterfront in the same day. (I’ll be writing that story in a future issue of Pittsburgh Magazine, by the way.) The local comic chain’s newfound home means a big move for its signature event, 3 Rivers Comicon, as well; the sprawling collection of artists and fans will occupy the former Macy’s Department Store in the complex. Don’t get your conventions twisted: This is the one with the world-class comic artists, not the one with the pop-culture celebs. The event slogan, “Putting the comics back in comicon,” means great deals for diehards.

Bad Cop / Bad Cop and War on Women
Mr. Smalls, May 13
There are certain bands I can’t believe aren’t already a great big deal, and Bad Cop / Bad Cop is one of them. The L.A.-based quartet offers old-school punk songwriting with serious chops, pop-friendly melodies and a high-energy performance; you might’ve seen them at least year’s packed “Punk in Drublic” show at Highmark Stadium. It’s a shame that they’re anonymous, but that means you can still see them at an intimate venue such as Mr. Smalls’ upstairs Funhouse space. They’ll be joined by the furious hardcore outfit War on Women.

Sketchville
Arcade Comedy Theater, May 24-25
Sketch comedy is probably the most labor-intensive of the three comedy disciplines. Stand-up takes plenty of practice, but the setup is simple; improv takes training, but you don’t have to do much pre-planning before a set. Writing an effective sketch, rehearsing it and staging it? That takes commitment. At Sketchville, six of the city’s best comedic concerns, including current Best of the ’Burgh nominees Frankly Scarlett and Secondhand Sketch, will perform six shows of original and favorite material over two nights at Arcade Comedy Theater.​​

Chikara Pro Wrestling
White Oak Athletic Association, May 25
I’ve gone at least a few months without including a wrestling show in this space. (And there was lucha libre at the Rex in March, so it was tough.) Chikara, an independent promotion based out of eastern Pennsylvania, is known for colorful, imaginative characters, comic-book storylines and rising stars; many current WWE performers came through (or started in) Chikara rings. The group will bring its live show to western PA for the first time in years with a Saturday-afternoon lineup of matches; grapplers from the locally based IWC Wrestling will climb through the ropes at the same venue later that evening.