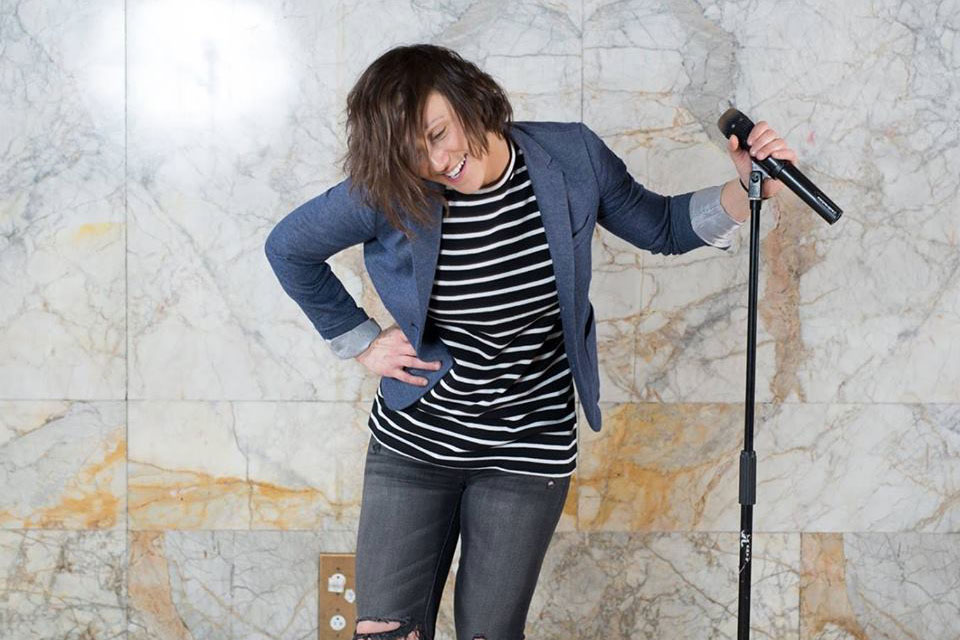 One of the below events, the “Triple Shock Show!” at Regent Square Theater, reminds me of an important bit of going-out wisdom: Sometimes, you have to embrace the unfamiliar.

That event — more below, but it’s a triple-feature of grindhouse-style horror flicks — includes a screening of the 1982 slasher flick “Pieces,” a ridiculous, video-nasty schlockfest that has gone on to become a cult favorite. I first encountered “Pieces” at a similar event more than 15 years ago at the Oaks Theater.

Most of the crowd, it seemed, was like me: Curious horror fans who went into the screening with no particular knowledge. And the delight that the audience exhibited in encountering this over-the-top, gleefully twisted footnote of horror history made it into an indelible event.

I should stipulate: Not everyone should see “Pieces.” If you’re not up for some (admittedly wacky) ultra-violence, that will not be the event for you. But my memory at the Oaks proves why you should occasionally buy a ticket to something for which you have no context. It could get wild.

Below, the aforementioned night of terrors and four more March events that caught my eye.

Sponge: “Rotting Piñata 25th Anniversary Tour”
March 14, Crafthouse Stage & Grill
Admittedly, I enjoy the music of ’90s alt-radio staples Sponge more than … well, just about anyone. I consider “Plowed,” one of their three hits (the others are “Molly (Sixteen Candles)” and “Wax Ecstatic”), one of the best unsung rockers of the decade, a racing-guitars and wailing-vocals exemplar of rudderless Gen-X angst. The band’s biggest record, 1994’s “Rotting Piñata,” turns 25 this year, and the current iteration of the group is on tour to revisit it. I definitely want to hear these songs live (for about the fourth time); I also wanna see how the Crafthouse Stage & Grill, a South Hills venue in the vein of Jergel’s, is shaping up.

My Favorite Murder Live
March 14-15, Benedum Center
The “My Favorite Murder” podcast, perhaps the most thoroughly charming corner of the true-crime boom, has been a staple of my downloads for years. Hosted by comedian/writer Karen Kilgariff and TV host/writer Georgia Hardstark, the show has the feeling of a close friend breathlessly relaying the details of a spooky story at a bar — an intimacy that has persisted through hundreds of episodes and given rise to a legion of loyal and engaged fans. The pair will bring a live recording to Pittsburgh for the first time, with two shows at the Benedum Center.

Gab Bonesso: Manic & Panicked Live
March 15, Arcade Comedy Theater
Disclosure: Gab Bonesso is my stand-up-comedy mother, having first invited me to try the form 10 years ago and shepherded me through the wobbly early steps of trying to be funny on stage. I was a fan long before that, however; Bonesso remains one of Pittsburgh’s comedy treasures, bringing an utterly unique style to both her nighttime gigs and her daytime role as an entertainer traveling to area elementary schools for anti-bullying shows. She’ll make a headlining appearance at Arcade Comedy Theater this month, performing a new hour of material in the same venue where she recorded her album, “Everyone’s Dead,” two years ago. She’ll be joined by Cassi Bruno and improv duo Nonsense.

Triple Shock Show!
March 23, Regent Square Theater
Here’s the evening of horror mentioned above: a triple-feature of VHS-era mayhem, presented at the Regent Square Theater. Philly-based horror aficionados Exhumed Films and fanzine Drive-In Asylum partnered to set the blood-spattered lineup for Triple Shock Show!: the low-budget slasher “Pieces,” covered extensively above; “Nightmare,” a 1981 film banned in the U.K. for its brutality (the distributor briefly went to prison over it!); and 1977’s “Alice Sweet Alice.” To state the obvious: This evening is probably for dedicated horror fans only, as the content will be gruesome.

Midnight Radio’s The Wonderful Wizard of Oz!
March 28-April 14, Bricolage Production Company
Not to derail things, but I’m here with a recently discovered objection to “The Wizard of Oz.” I know, it’s an unimpeachable bit of essential filmmaking, yes, but … isn’t Toto still in a lot of trouble at the end of the movie? You remember: Dorothy clicks her heels and wakes up back in Kansas, the Oz-ian exploits presumed to be a dream. Elmira Gulch’s campaign to have poor Toto destroyed is, however, still quite active. There may be no place like home, but isn’t Dorothy’s dog about to be murdered? Or are we to presume that Gulch was actually killed in the tornado? Anyway: Bricolage’s Midnight Radio productions are always great, and their take on Oz and its inhabitants should be no exception.