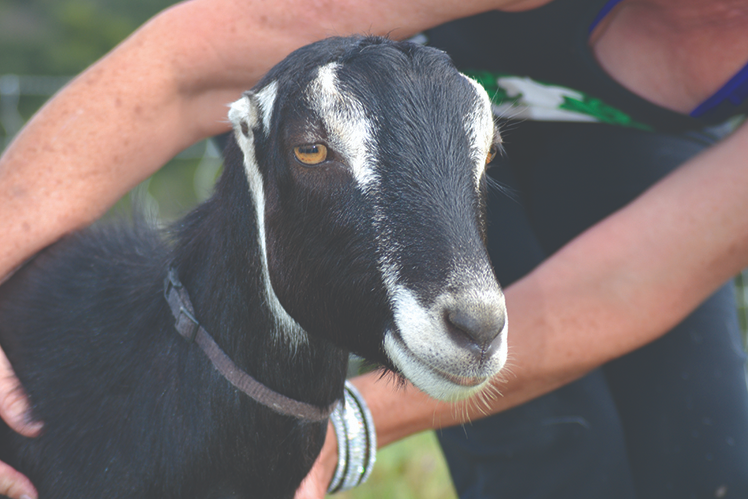 For your summertime skygazing convenience, we’ve compiled a list of all the times and locations at which the sky will be exploding over the next few weeks. We get it: Everyone (especially those in Pittsburgh and surrounding, Zambelli-soaked environs) loves fireworks.

I would point this out, however: fireworks are very easy to see. Nearly every prominent civic occasion, from First Night through Light Up Night and including like half of all Pirates games, features fireworks. You will see fireworks, probably without trying. They’re gonna happen.

That means that you cannot count “seeing the fireworks” as your outing for July. Seeing the fireworks is inevitable. It’s like watching “It’s a Wonderful Life” during December or getting hassled by a dude with a de-fanged chainsaw in October. It is a requirement, not a choice.

So add one of the other July events to your to-do list. We don’t believe any of them contain fireworks, but if they did, we wouldn’t be shocked. — SC

“Jaws” / “Piranha” Double-Feature
Regent Square Theater, July 5-11
It’s not hard to find “Jaws” on the big screen in the warmer months; the original summer blockbuster is routinely revived to make new generations profoundly afraid of New England beaches. In addition to a five-day run at the gargantuan Rangos Giant Cinema, “Jaws” will strike at the lovely Regent Square Theater beginning July 5 — and only there will it be paired, at double-feature pricing, with the 1978 creature feature “Piranha,” a gorier and goofier peril-in-the-water flick dubbed the best “Jaws” imitator by Speilberg himself. — SC

Deutschtown Music Festival
Various North Side Locations, July 12 and 13
If the Three Rivers Arts Festival left you wanting more, look no further than the 7th annual Deutschtown Music Festival on Pittsburgh’s North Side. A project of the Northside Leadership Conference, the two-day festival boasts more than 300 bands, 30 stages, 25 food trucks and free, family-friendly activities like a Moon Bounce, face painting and the CitiParks Roving Art Cart. Music starts at 2 p.m. on Friday and plays until 10 p.m.  On Saturday, a full day of tunes and activities spans from 11 a.m. to midnight. Beer-lovers can purchase $5 wristbands at the Park Info Booth, Foreland Street Info Booth, Penn Brewery, Elks Lodge, Threadbare Cider House or Wigle Whiskey in order to buy drinks at the festival’s outdoor beer garden, located on Foreland Street near the main stage. — OG

Sh!tfaced Shakespeare: Romeo and Juliet
Byham Theater, July 20
Many interpretations of Shakespeare attempt to make the Bard more accessible for all ages. This is not one of those productions. In “Sh!tfaced Shakespeare,” a one-hour speed-through of “Romeo and Juliet” sees the more deviant elements of the show — as with all Shakespeare, sex and murder abound — turned way up, with at least one cast member required to be legitimately inebriated throughout the proceedings. You may not understand the nuances of Shakespearean language, but you can certainly understand a tipsy thespian stumbling through a soliloquy. A post-show party is included with your ticket. — SC

Hootie and the Blowfish
Keybank Pavilion, July 21
This show demonstrates a curious principle: If you go away for a while, you are often more popular than you would’ve been had you stuck around. The headliner for this concert is Hootie and the Blowfish; the opening act is Barenaked Ladies. Hootie, a band which had one staggeringly successful mid-’90s album, did not properly exist for more than a decade; during that time, frontman Darius Rucker seemingly played every county fair in the nation. Before that hiatus, the band had faded into obscurity; coming out of it, they’re a popular throwback. Barenaked Ladies, on the other hand, have continued existing unbroken since 1988. They’re much (much) better than Hootie and the Blowfish, yet they’re the opening act. Absence makes the heart grow fonder, apparently. Regardless, a summer night full of well-crafted pop-rock is a great reason to make the drive to Star Lake. — SC

South Side Park Goat Fest
South Side Park, July 27
Animal lovers welcome: On Saturday, July 27, Goat Fest is returning to South Side Park with food trucks, musical acts, craft vendors and (of course) a herd of friendly goats. Cultivated as part of an ecological restoration project, Goat Fest got its start in 2017 when the Allegheny County Conservation District approved the project’s first phase; A $10,000 grant allowed for six weeks of invasive vine removal by Allegheny Goatscape, whose goats effectively clear overgrown land without the use of pesticides or noisy, polluting machinery. With the help of Friends of South Side Park, the goats will return for a 3rd annual festival to engage guests, munch on some greenery and give the park’s overgrown “Jurassic Valley” a much-needed makeover. In conjunction with the Goat Festival, the landscaping goats of Have U Herd and NamastHay will be in attendance at Pump House on Mission St. for “Goat Yoga,” which is basically outdoor yoga but better (because … goats). The field opens at noon, and the class begins at 12:30 p.m. Tickets for the yoga class will run you $20, and can be purchased on Eventbrite. — OG