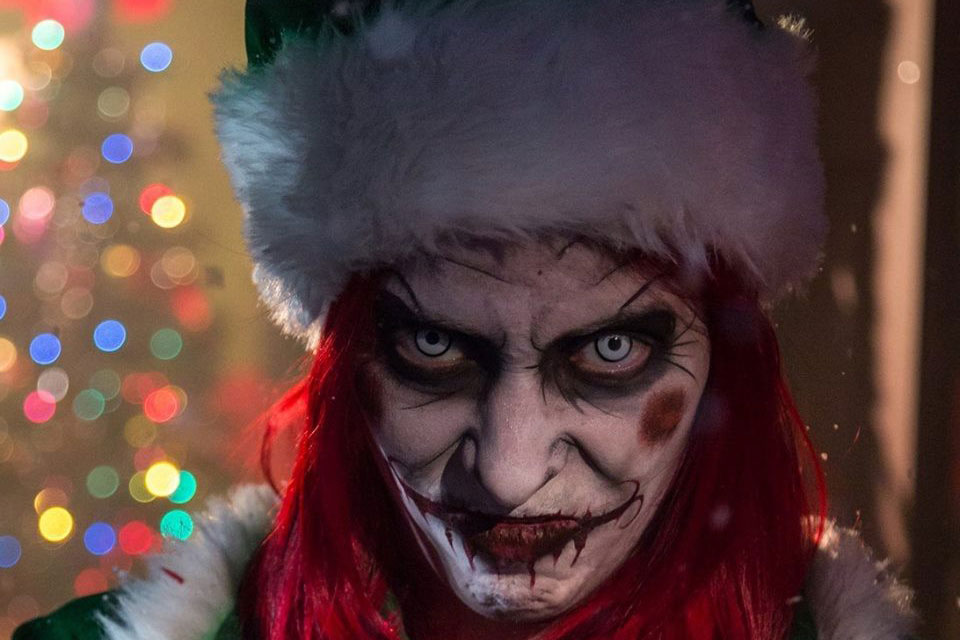 Fellow Scrooges, humbugs and Grinches: you can’t ignore the holiday season all month.

Believe me, I’m one of you. I care very little for tinsel and carols and generally believe the holiday season would be better served kicking off around Dec. 10 and wrapping up at about noon on the 26th. But we are losing this battle, as most of our fellow humans have an inexplicable desire to hear “All I Want for Christmas is You” played hourly from Veteran’s Day through mid-January.

If you try to duck every bit of garland-festooned merriment that comes your way, you’ll give yourself an ulcer. The antidote is twofold: First, do some fun things for yourself that have nothing to do with the birth of Jesus and/or the coming of Santa. Second, find holiday activities that have the potential to actually be, y’know, good.

Below, a bit of both: Unseasonal recommendations and perfectly acceptable yuletide happenings.

Esperanza Spalding
Dec. 7, Carnegie of Homestead Music Hall
The Grammy Award for Best New Artist has a positively hilarious history of misappropriation. A Taste of Honey beat Elvis Costello. Macklemore beat Kendrick Lamar. The whole Milli Vanilli thing. But never was an upset quite so amusing as when Esperanza Spalding claimed the award over Justin Bieber, who looked positively devastated at the turn of events. Spalding is also the only jazz artist to ever claim the title, a testament to her singular and distinct talent and crossover appeal. See for yourself next week, when Spalding will bring her “12 Little Spells” tour to the Carnegie of Homestead.

A Creepy Christmas
Dec. 7-8, ScareHouse
Oh thank Krampus. The ScareHouse has continually dabbled with off-season events over the years, particularly in the form of limited-engagement experiences in their notorious Basement. Now, for the first time, the main attraction will re-open for two days only to celebrate the season. See this year’s excellent trio of haunted attractions — Pittsburgh Zombies, Nocturnia 3D and Infernal Darkness — redecorated for the holidays. You can get a picture on Santa’s lap, but it will somehow be even more unsettling than the one you remember from the mall. (And yes, the Basement will be open, as well.)

Mary Santora & Keith Bergman
Dec. 8, Burning Bridges Comedy Club
Disclosure by way of endorsement: I performed with Mary Santora a couple of times in 2016 and was immediately impressed. The Cleveland-based comic is a natural with an easy command of the audience. Since then, she’s racked up a number of accolades, including a shout-out from Thrillist (as the best undiscovered comic in Ohio) and repeated selections as the city’s best from Cleveland Scene Magazine. She’ll appear with fellow up-and-coming Ohioan at the new Burning Bridges Comedy Club at Hambone's in Lawrenceville.

Boo Humbag! A Slightly-Off Musical Christmas Carol
Dec. 13-15, Arcade Comedy Theater
Every year, thousands of people in this country attempt to put on a funny holiday pageant. Every year, they all fail, mostly because they are not actually funny. Fortunately, there are plenty of funny people in Pittsburgh, and a handful of them will try to outdo every bad Christmas spectacular with their mostly-original holiday musical, “Boo Humbag!” The team includes many of the principles behind the uncannily hilarious “My Dinner With Andre: The Musical” from earlier this year, which is among the funniest things I’ve ever seen, so this should be good.

Third Thursday: What a Feeling!
Dec. 20, Carnegie Museum of Art
Given the choice between ’80s parties and Christmas parties, I will chose the decade of excess every time, and probably turn several holiday parties into ’80s parties. Blessedly, the Carnegie Museum of Art will get decidedly neon with this month's Third Thursday event. Dedicated to the Pittsburgh-filmed favorite “Flashdance,” the night will feature live dance companies performing to your favorite glam-pop hits, continuous screenings of the movie and much more.

This article appears in the November 2018 issue of After Dark.
Categories: After Dark