Customers are able to pick their own bouquet from the collection of fresh stems aboard Victoria Miess's mobile, mint green mini-truck. 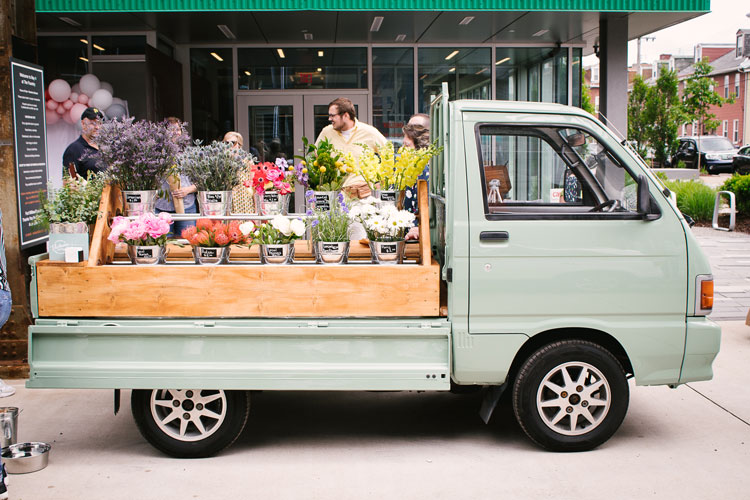 Owned by Victoria Miess, the flower truck made its debut earlier in June at grlpwrpgh’s Self-Love Sunday event at Bay 41 in Lawrenceville. The mint-green, restored mini-truck holds up to 14 varieties of flowers, each priced individually so that buyers can create a mix-and-match bouquet. Adding that she wanted to keep her money and business in the Pittsburgh community, Miess says the blooms all are locally sourced from nearby farms and wholesalers.

The Brookline resident says she began planning a flower truck business in February after noting the trend, which she says is more popular in the nation’s southern half, on Instagram.

“It’s always been something that’s fit my personal aesthetic and something that I’ve loved to keep a beat on,” she says. “ [I thought] I would love it if Pittsburgh had something like this, something that could bring you some color and some joy in such a rainy and sometimes kind of glum city.”

After encouragement from her fiance Josh Smith, she found a Japanese mini-truck with drop-down sides on Craigslist that she thought would be perfect for the business, even though at the time it was covered in rust after spending time as a farm utility vehicle. To pay for repairs, including a paint job, Miess and Smith began picking up odd jobs, such as driving Postmates and babysitting. After adding fresh paint to the vehicle, Miess held a Kickstarter campaign to pay for interior and other renovations.

“We had set a goal to not have to take any credit for the business, we wanted to do it all without having to dig ourselves too deep into a hole,” she says. “We’ve been pretty successful with that.” 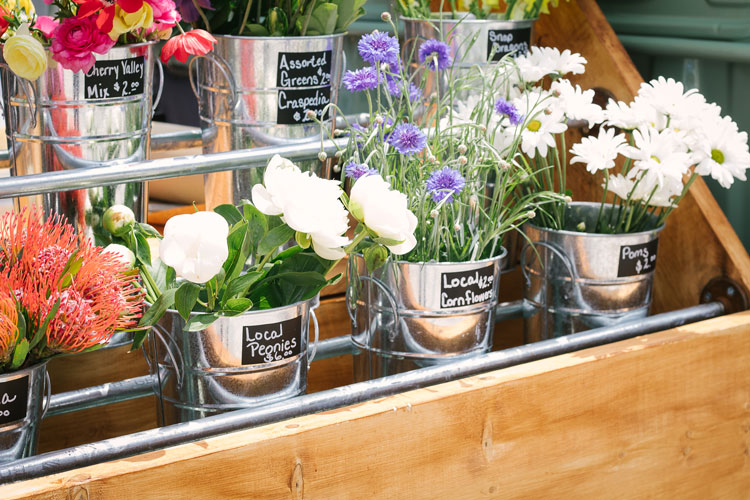 Now, Miess is looking to brighten up the streets by popping up at local haunts such as coffee shops, retailers and breweries. Because her mini-truck is slightly larger than a golf cart, she says she can easily park her shop just about anywhere.

“Something that we wanted this to be was, while Pittsburghers were out doing their everyday things and visiting their favorite spots, they could stumble upon something really beautiful and special,” she says.

So far, reaction to the flower truck has been positive, Miess says, enough so that she's considering making the business her fulltime job.

“I really fell in love with the small business community, particularly the community of female-owned businesses in Pittsburgh,” she says.

Victoria’s Mobile Flower Shop will be parked at many events around Pittsburgh this summer, including Taste of Lawrencville on July 14. For more information, including where she’ll pop up next, follow her Instagram or Facebook pages.

This article appears in the June 2019 issue of Nest.
Categories: Nest