These Pittsburgh-area couples decided their first wedding-day looks at one another couldn’t wait until the ceremony began. 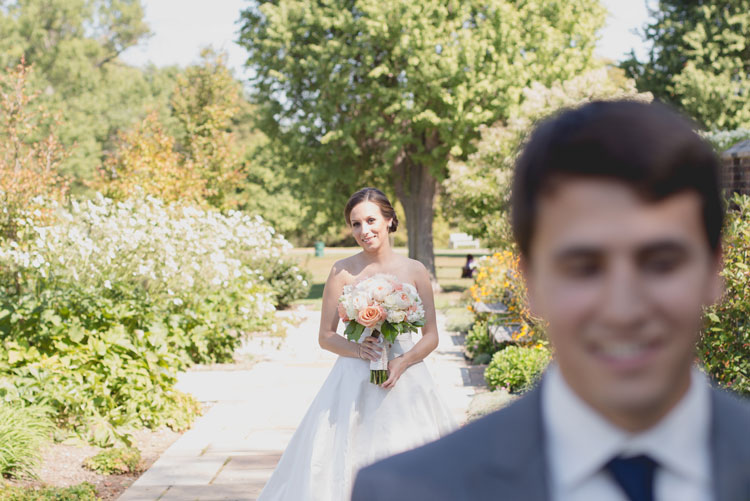 Although many couples opt for the traditional wedding day route of not laying eyes on each other until making their way down the aisle, some choose to have a “first look” moment before the ceremony even begins. Not only does this allow the couples to have an intimate, and some say calming, moment together before the hubbub of the wedding, but it also can streamline the day’s photo sessions and make for sentimental picture-perfect moments. 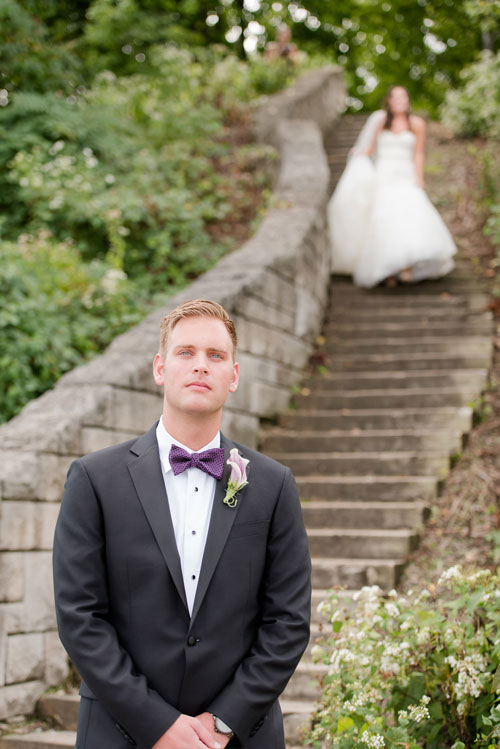 Lauren Miller and Andrew Novak shared a first look on their wedding day on Sept. 19, and Lauren says words can’t describe the excitement she felt as the moment approached.

“I had been anxiously awaiting seeing Andrew all morning,” she says. “Walking down the steps towards my groom is a moment that I will never forget. When I finally got down to him and we saw each other it was so great to be able to hug, kiss and have a few minutes to just take it all in [that] we were about to become husband and wife.” 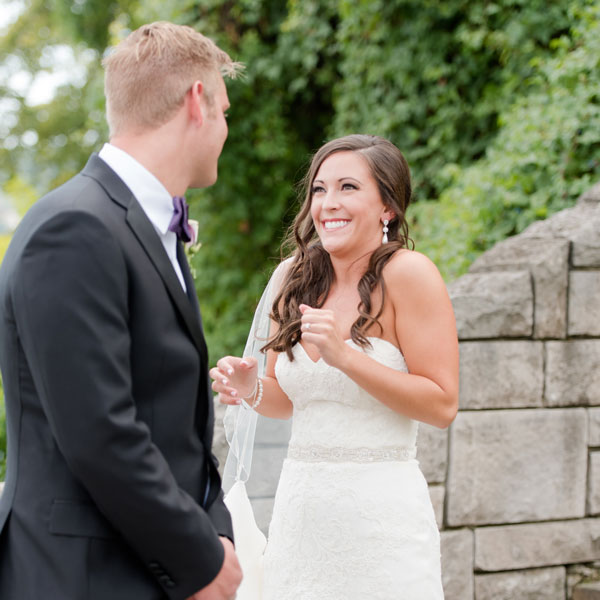 Lauren and Andrew shared their first look overlooking the river on Washington’s Landing, where they have taken many bike rides and picnics.

“It’s a beautiful, quiet spot which holds some great memories for us, so it was the first place we thought of when we decided we wanted to do a first look,” says Lauren. 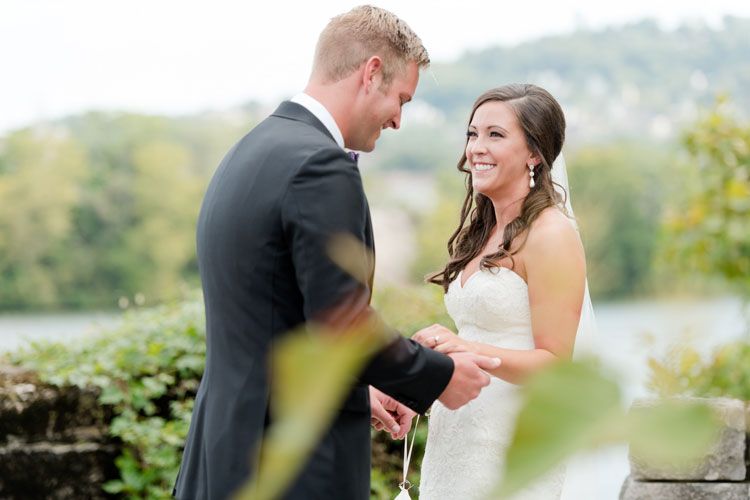 Aside from the emotional aspect of the first look experience, Lauren says it also gave them more time to spend together after the ceremony. The couple decided to take all wedding photos along with their first look, which allowed them to attend their cocktail hour and spend more time with their guests.

“It was a wonderful experience for us, and we loved having a few private moments together before the festivities began,” says Lauren. 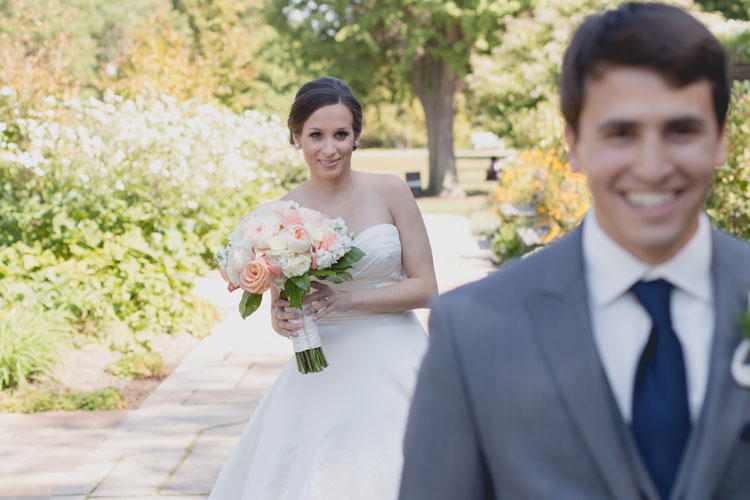 When Alexandra Gredence shared her intimate pre-ceremony first look with her groom, Matthew Andromalos, she found it was a comforting experience that allowed her to relax before the start to their wedding day on Sept. 18.

Alexandra knew she wanted the moment photographed after talking through the idea with her photographer and seeing similar photos on Pinterest. She also says she simply wanted time to see Matthew before the ceremony.

“It was something I thought would give us a chance to talk and be together before the chaos of the day,” she says.

Alexandra says she was a little worried that seeing Matthew before the ceremony would take away from the experience walking down the aisle toward him, but this was not the case. She says the first look was a comforting time, while she was more emotional during the ceremony. 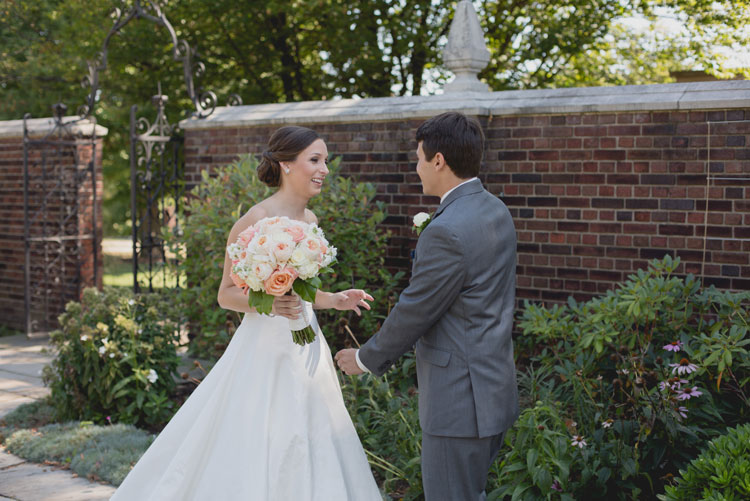 “You still get that rush of emotions walking down the aisle,” she says.

Making time for the first look moment and photo is something Alexandra says she would definitely recommend to other couples. 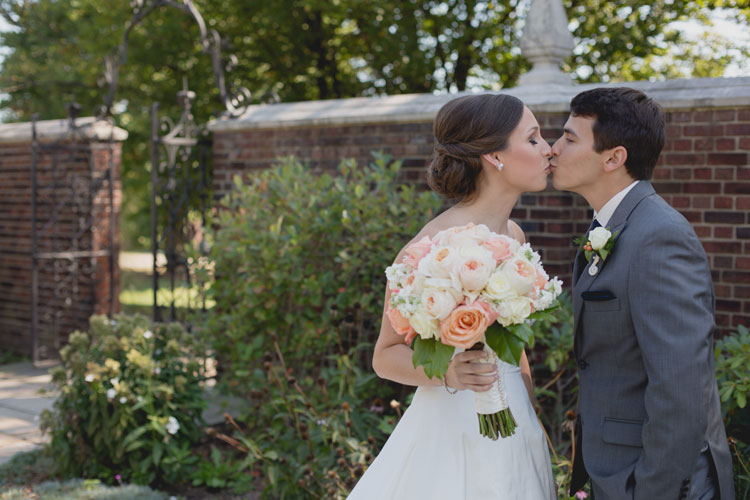 “It was really exciting,” says Alexandra. “You hope that he’s just as excited to see you, and he certainly was.”

Alexandra also says it allowed them to streamline the day and get photos done more easily, as the couple took their family photos right after the first look. 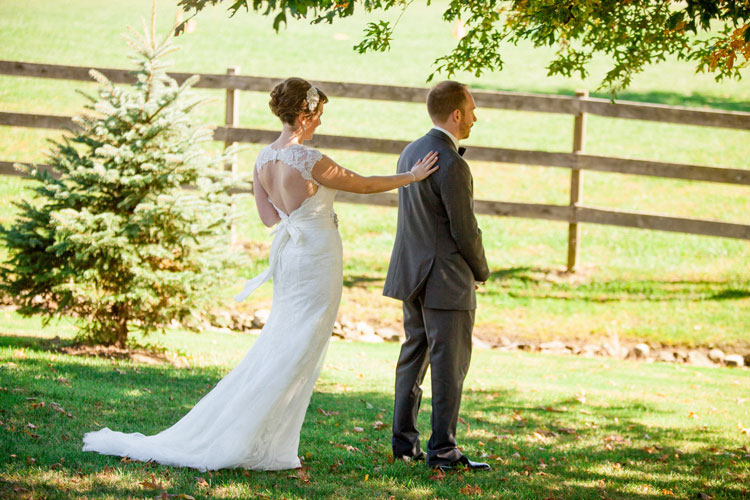 After talking to her aunt, a St. Louis-area photographer who enjoys watching the first look moments of her own clients, Alexandra Johnston thought it would be a good way for her to have time with groom before the craziness of their wedding day began.

“My matron of honor kind of walked me out there to meet him, and it was feelings of excitement — just getting ready for the whole day, waiting for his reaction,” says Alexandra, who married Brandon Mikulis on Oct. 11. “At that point, I think it was really the start to the day and the start to everything that was about to come.” 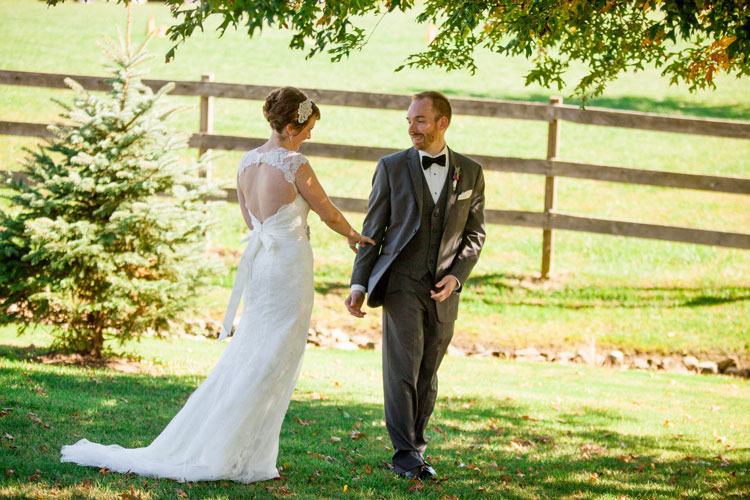 Alexandra said their first look location was outside, away from the majority of the people attending the wedding, which allowed it to be a special time for her and Brandon to share.

“We really valued the personal time, just the two of us,” says Alexandra. “It was an area that no one else could even see from inside the building. It was very private and personal.” 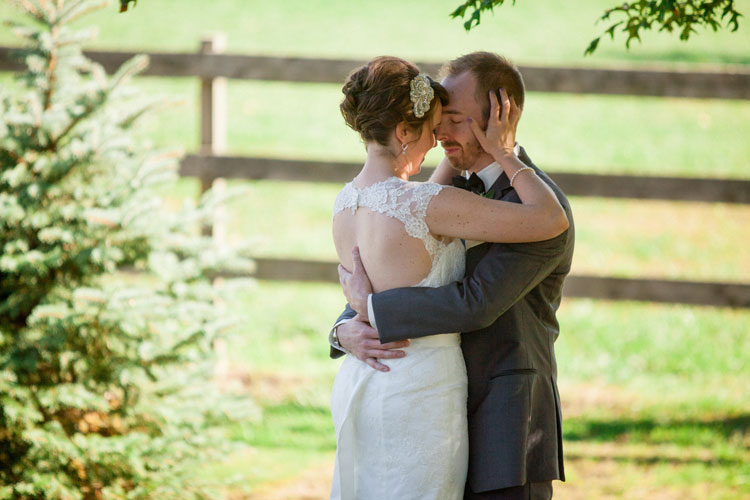 Alexandra says despite seeing Brandon before the ceremony took place, she doesn’t feel as though her walk down the aisle was any less significant.

“Walking down the aisle, Brandon was in tears and it was very real,” says Alexandra. “For both of us, [the first look] eased a lot of nerves because you already saw each other and you know how happy everything is going to be.” 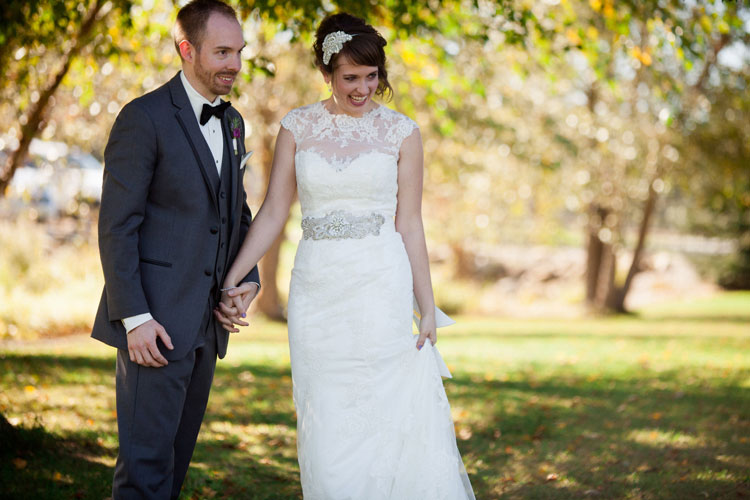