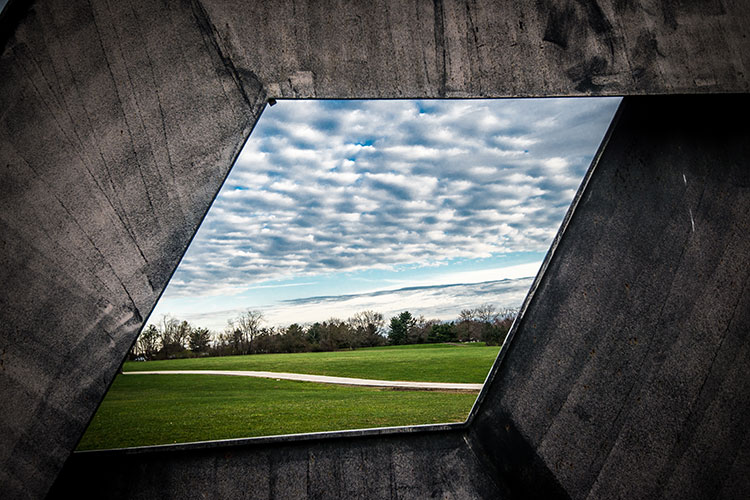 You never know what you will encounter walking the paths in one of the nine parks in the Allegheny County park system: white-tailed deer, red foxes, woodchucks, Large Snail.

That last one is not an endangered species but an outdoor sculpture at Hartwood Acres that is about to have its moment in the sun as part of a new sculpture garden at the 629-acre park in Hampton and Indiana townships. 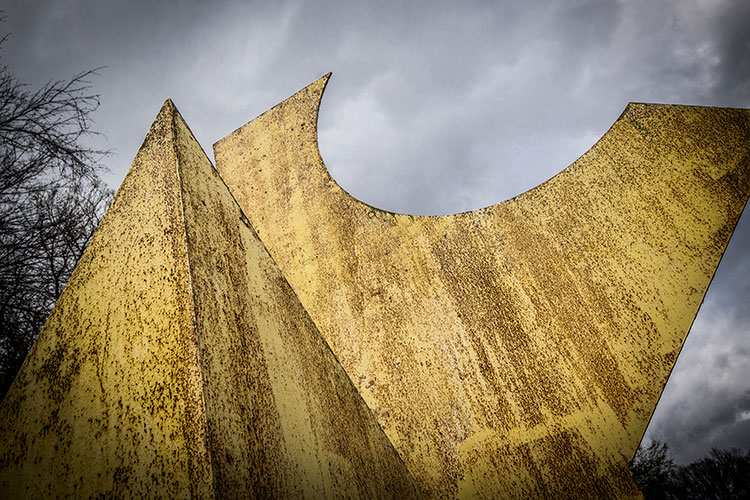 The work is being completed in phases with the first of the sculptures expected to be restored and moved to new sites by June. Teresa Duff of LINEAGE Historic Preservation Services is restoring Monumental Holistic Image IV and Hence on site, while six other pieces are being shipped to McKay Lodge Laboratory Fine Art Conservation, an Oberlin, Ohio-based conservation company that specializes in art conservation services for outdoor sculpture. Some of the pieces that will be restored off site could be gone for as long as a year.

“It’s really an exciting project because there is a larger picture to it; it’s not just the conservation of these wonderful works of art,” Duff says. 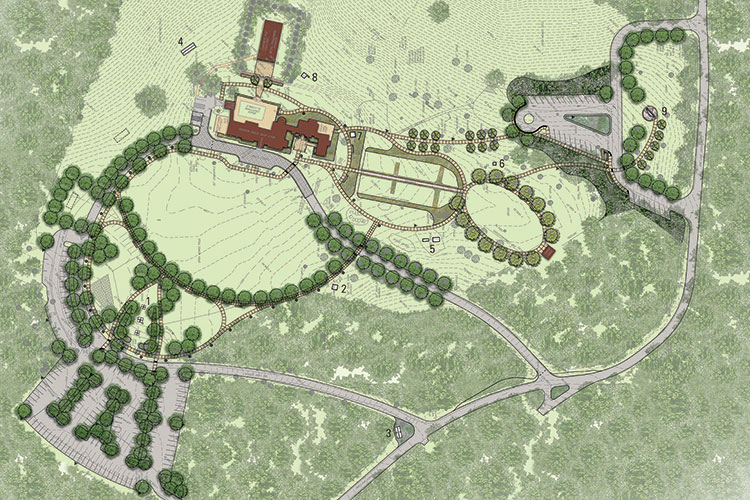 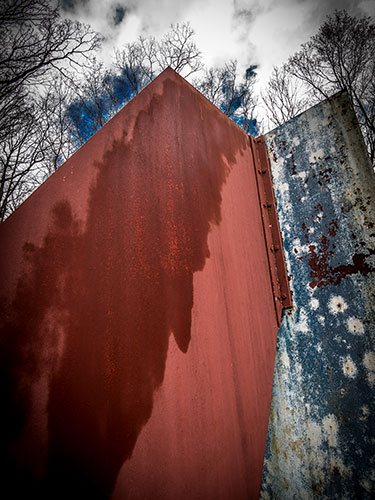 Creating a Cultural Park
The sculpture collection was established by Carol Brown, director of the county parks from 1984-’85 and a founding board member of the Allegheny County Parks Foundation.
“I saw the potential at Hartwood to turn it into a cultural park,” she says. The first step was adding the stage on the Middle Road side of the park featuring performing arts programs on Sunday nights. When Pittsburgh artist Tillie Speyer died in 1979, Brown, who was head of Allegheny County’s Bureau of Cultural Programs, says she contacted her children to ask about acquiring Large Snail, which had been in Speyer’s yard in Squirrel Hill. The donation became the first piece of what would become the collection at Hartwood Acres.

Leon Arkus, who was the director of the Carnegie Museum of Art at the time (he died in 1999), quickly got on board with the idea of establishing the outdoor sculpture collection. Noted architect and sculptor Sylvester Damianos joined the effort shortly thereafter, and the trio put the collection together, Brown says.

“I’ve been obviously distressed at the condition of the sculptures,” Brown says. “I’m doing whatever I can now to help with that restoration process.”

Walking around Hartwood Acres, it’s easy to see that the sculptures are in various states of disrepair and, for the most part, not easily accessible. Ring Series, which is the first sculpture visitors encounter at the mansion entrance to the park, is rusted and moss-covered in spots. Its original black paint appears to have be touched up but is faded to a pale shade of gray. Nearby, Manly is no longer its original vibrant red and blue. The weather-worn paint is largely rusted through and even has graffiti on it. Totem, Limina, Limbus — a trio of painted steel sculptures near the entrance to the parking lot — could be the worst victims of time and vandalism, but none of the sculptures are exempt.

The work is expected to transform the sculptures at Hartwood Acres from eyesores to attractions.

Caren Glotfelty, executive director of the Allegheny County Parks Foundation, says when the foundation surveyed people about the park, they either wanted the sculptures restored or removed. 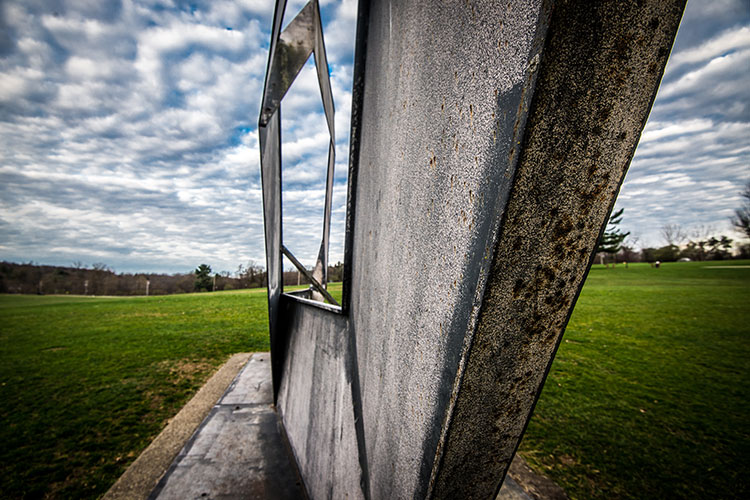 “They told a really bad story about the way the parks were being taken care of,” she says.

So, the foundation commissioned a conservation assessment by McKay Lodge, which reported that restoring the pieces would cost about $500,000. Then the foundation had to ask if it was worth the cost.

Sam Berkovitz, of Concept Art Gallery in Regent Square, was tasked with doing an appraisal, which determined that the collective value of the sculptures was $2.4 million. Once they realized the value of the collection, Glotfelty says they were inspired.

“How can we add value to simply restoring the pieces? Why don’t we bring them closer together? Curate them and have them work as a collection. Have them more accessible” by adding sidewalks and plantings lighting and signage, she says. “It’s just kind of evolved over time that we’ve begun to think of this restoration project in a much larger context of creating a new destination for people to come to in Hartwood Acres. I don’t think anybody — at least in a long time — has come to Hartwood Acres to look at the sculptures.” 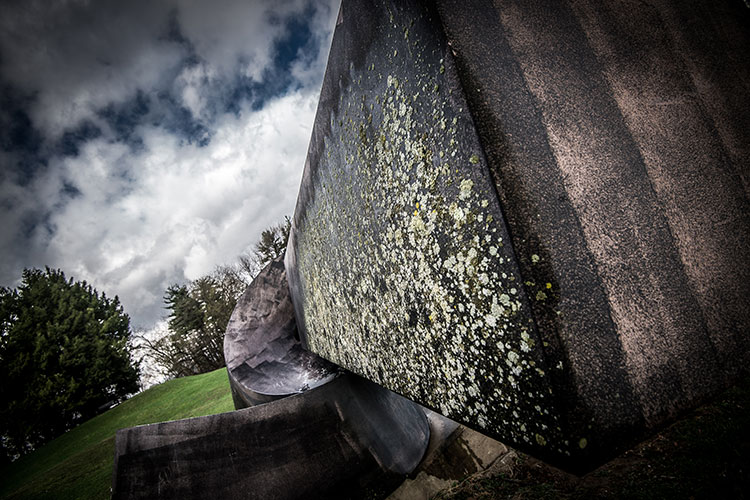 Frederick R. Bonci, founding partner of LaQuatra Bonci Associates, a landscape architecture firm based in the South Side, was hired to create a conceptual plan for the layout and design of the sculpture garden. The initial plan calls for relocating some of the pieces and adding landscaping and walkways connecting the art. The conceptual plan has spaces for possible future acquisitions and for temporary exhibitions. In addition, parking lots will be revamped and traffic flow will be changed.

Restoring the sculptures to their former grandeur is the centerpiece of the project, and the Hillman Foundation gave $300,000 to start the work. And to ensure that the garden “remains a jewel of Allegheny County for years to come,” the Charity Randall Foundation gave $300,000 to create a permanent endowment fund for maintenance of the sculpture collection.

The estimated cost of the sculpture garden, were all the work to be put out to bid, would be $3.7 million, says Glotfelty. Adding in the $300,000 endowment for maintenance and $60,000 for an educational outreach program and the total cost is around $4 million. Allegheny County will contribute about half of the $3.7 million because it has an arrangement with the foundation to match donations dollar for dollar; the county does not match fundraising dollars raised for the endowment or educational programming. The cost of the project is likely to be reduced significantly through direct work provided by the county on the roads and parking lots.

“We are well on our way” to raising the $2 million needed, Glotfelty says, with $710,000 raised since 2018, before the project has even been publicized. The Fox Chapel Garden Club, Allegheny Foundation and Fine Foundation also have backed the sculpture garden, and other foundations are being approached. The county and the Allegheny County Parks Foundation plan to apply to the Allegheny Regional Asset District (RAD) for additional money. “That should be a substantial amount of funding,” Glotfelty says. In addition, the parks foundation will be reaching out to corporations and private donors, “particularly people who live in the neighborhood.” 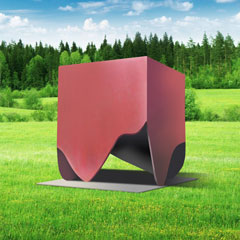 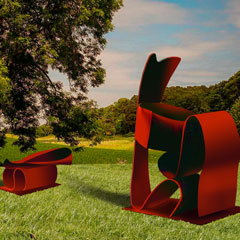 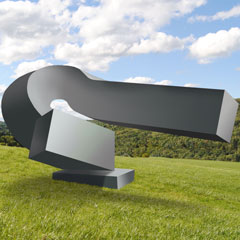 Taking Shape
Duff’s on-site restorations, which are expected to start in May and last about two weeks if the weather allows, will be a noticeable part of beginning of the sculpture garden. While her work removing the current coatings and reapplying new coatings to the pieces will involve scaffolding and tenting, much of what she will be doing will be visible to the public.

“I’m always more than happy to communicate and interact with the public,” Duff says, while acknowledging that isn’t always possible given the nature of the work. “But I certainly try to do that as much as possible because in communicating what you’re trying to achieve, you’re lending a certain amount of transparency and also educating people as to why it’s important to conserve these sculptures.”

“We want people to get excited about the fact that this project is happening,” Glotfelty says. 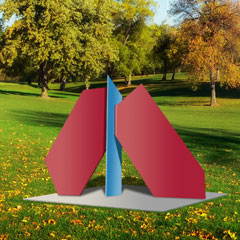 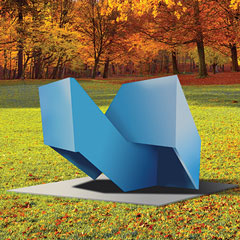 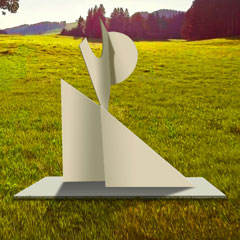 That engagement will grow as the sculpture garden takes shape through things such as an online app about the collection, brochures, guided tours and other educational outreach. The Allegheny County Parks Foundation is already considering the best ways to introduce young people to the collection, which could include a school-oriented education program taught by park rangers.

The outreach is designed to boost the 1.8 million annual visits to Hartwood Acres, which is perhaps best known for its summer concert series and Tudor-style mansion, the former estate of John and Mary Flinn Lawrence.

“City people don’t get out to county parks as much as we’d like them to,” Glotfelty says.

The Hartwood Acres Sculpture Garden could change that, and bring in tourists, once more information is discovered about the collection.

Rachel Klipa, program manager of Education and Outreach, Office of Public Art, Greater Pittsburgh Arts Council, has been commissioned to produce an essay that will explore the significance of the sculptures and their history. 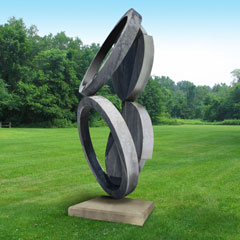 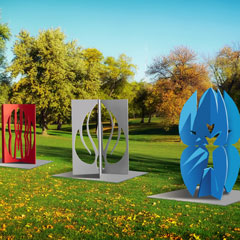 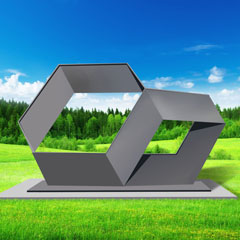 “We are really looking to contextualize this whole thing and what it meant for Pittsburgh at that time in the ‘80s, what it means now and why it’s important,” Klipa says. “I was surprised when I found out how little information there was.”

Klipa says she and Associate Director Divya Rao Heffley will take a “deep dive” into researching the collection. “We are used to following threads and trying to figure out things like this to try make a cohesive story.”

Even when the essay is produced on Sept. 1, the detective work won’t be done.

“Maybe two or three years down the road, something else comes up,” Klipa says. “That’s kind of the beauty of these things that you can start something but then it’s able to continue over time.”

This article appears in the May 2019 issue of Pittsburgh Magazine.
Categories: Arts & Entertainment, From the Magazine, Hot Reads