The Pittsburgh Cat Film Festival at Row House Cinema is headlined by a collection of local cat videos. 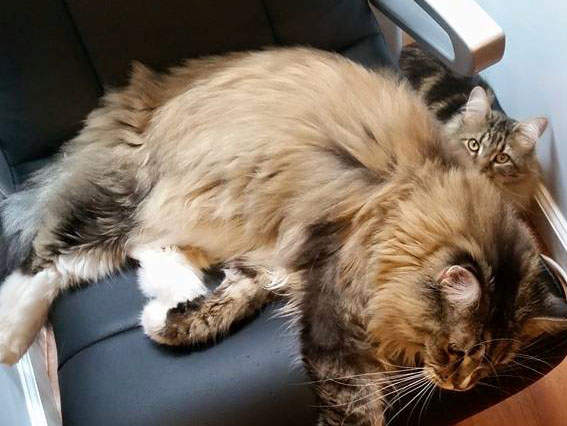 If the continued omnipresence of cat videos on the internet is any indication, feline owners seem to share one trait in common: They really, really want you to look at their cats.

For a few dozen local cat fanciers, they’ll achieve that goal in marquee fashion over the next week. “Pittsburgh’s Pretty Kitties,” a collection of more than 160 videos of cats, will serve as the main attraction at the first Pittsburgh Cat Film Festival, an invention of Row House Cinema.

“Pittsburgh’s Pretty Kitties,” the first original production by the Row House team, is the result of a month-long call for submissions; awards will be given for the finest felines featured in the 70-minute collection, including honors for cutest, funniest, bravest and “Most Yinzer.” Judges will evaluate the competing cats and hand out the awards at a final showing, scheduled for Thurs., Nov. 16.

“Pittsburgh’s Pretty Kitties” will be screened nine times between Nov. 10 and 16 — showtimes and advance tickets here — but it won’t appear alone. A week of cat cinema accompanies the original creation.

“Keanu,” the 2016 action-comedy caper from Keegan-Michael Key and Jordan Peele, is more about the absence of a cat than the presence of one; fortunately, it’s an uproarious comedy in its own right. The documentary “Kedi” spotlights the semi-tame cats roaming the streets of Istanbul. The animated 2010 “A Cat in Paris” concerns a literal cat burglar.

Friday night, a pair of more adult features will serve as the festival’s after-hours component: At 10 p.m., a showing of the bargain-bin 1988 horror flick “Uninvited” will be given the Rifftrax treatment, as pre-recorded roasting from former “Mystery Science Theater 3000” stars Mike Nelson, Kevin Murphy and Bill Corbett renders the film watchable; and at midnight, the controversial 1972 cartoon “Fritz the Cat,” which received an X rating from the MPAA upon its original release, sees a rare public screening.