Finding Love in the Sciences

Love is more than a chemical reaction for these science-oriented couples. 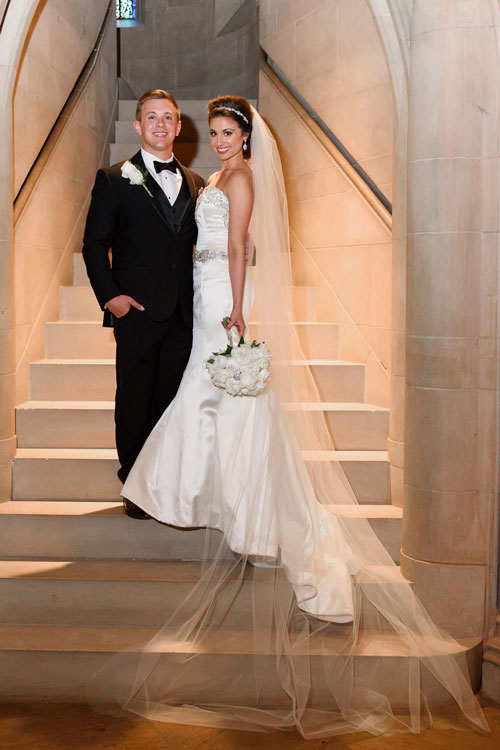 Most couples don’t start their love story with dead bodies.

For Courtney Laird and her husband, Christopher Murray, however, that’s exactly how it began, when they met in anatomy lab in medical school.

“[Dating] was hard, but at the same time it was not as [difficult] as trying to date someone who wasn’t doing the same thing and didn’t really understand all the hours going into it,” Courtney says.

For these couples, who balance medical residencies and engineering jobs on top of a lifelong commitment, finding love in the sciences may seem as difficult as open heart surgery, but it certainly helps to have someone at your side. 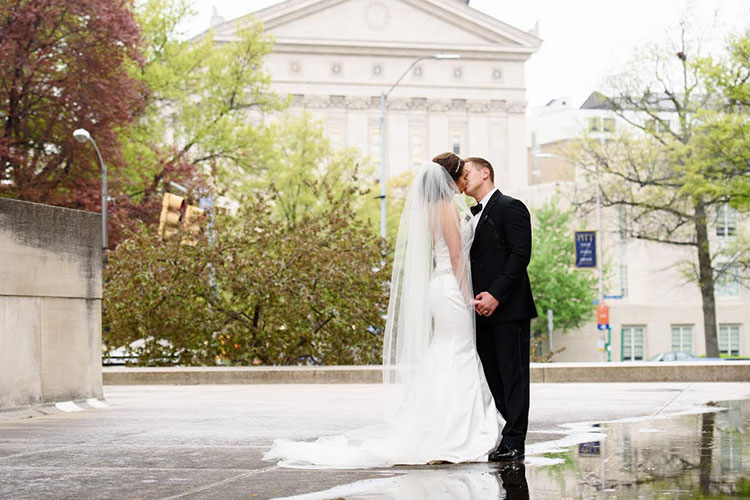 T.S. Eliot comparing a beautiful evening sky to an anesthetized person isn’t necessarily the most romantic thing, but Courtney and Christopher’s love story certainly is.

The two began dating in September 2011 while attending medical school at Lincoln Memorial University in Harrogate, Tenn. Chris introduced himself to Courtney one day in the hall and they began studying together in the library. They went on their first date on Labor Day, watching fireworks at the local town fair. The couple became engaged in February 2015 and married on April 30, 2016 at Heinz Memorial Chapel with a traditional Pittsburgh wedding complete with cookie table, since Courtney is from Pittsburgh and graduated from Pitt.

The couple currently lives in Farmington Hills, Mich. outside of Detroit, where they are finishing their residency at Beaumont Hospital. 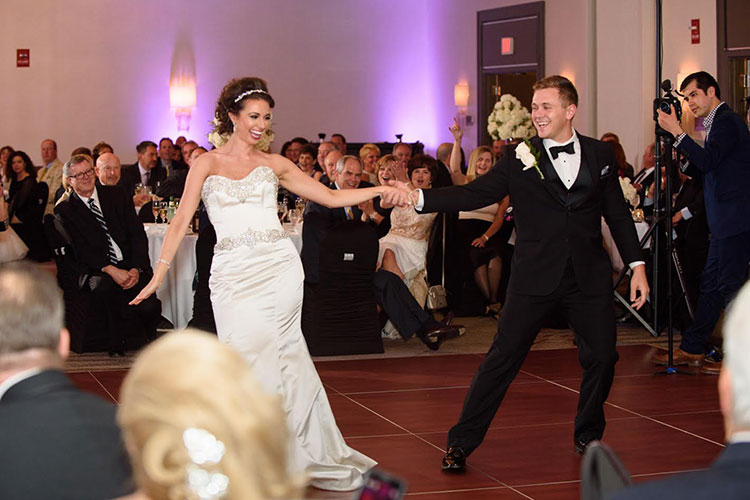 They say they cherish the time they spend together since they each work around 100 hours a week.

“You might not see that person for three days because you’re both running around doing different things,” Courtney says. “When you do get time to do something together, even if it’s just sitting at home and just separately studying or watching TV, it’s really important to make each moment count.”

Working in the same hospital does have its perks, according to Courtney. Husband and wife can say a friendly “hello” to each other in the hallway or have a quick chat about what they want to do after multiple long days of work, like catching up on precious hours of sleep.

That may sound silly, Courtney says, but being a medical couple puts your priorities in perspective. While other couples may worry about what they’ll do on a particular weekend, Courtney and her husband have to focus on taking care of their two dogs when they get home from a 24-hour shift.

“I feel a lot of things are trivial to us. The things we worry about are different than the other things people worry about,” she says. 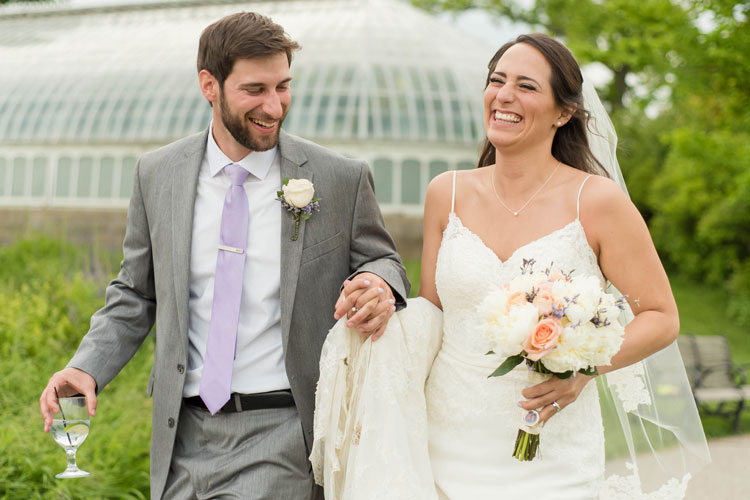 For Tara Celli and Mark Foster, their love story began in a differential equations class during their sophomore year at the University of Pittsburgh.

“We had freshmen physics together, and Marc always jokes and says he thought that I was cute and he never made a move my freshman year.”

The two bonded over lunch while doing summer research at Pitt as rising juniors. They shared some jokes and stories and have been together ever since.

Tara says the most difficult part of their relationship was when they had to date long distance after Tara took a job in Baton Rouge.

“I graduated about a year before him [in December 2012], so whenever I was looking for jobs I got a really exciting opportunity in Baton Rouge, La.,” Tara says. “I moved there and we did long distance for 9 months — 9 long months — and then I was relocated to Houston for a job.”

Luckily, Marc was about to graduate and was looking for jobs, finding one easily in Houston. 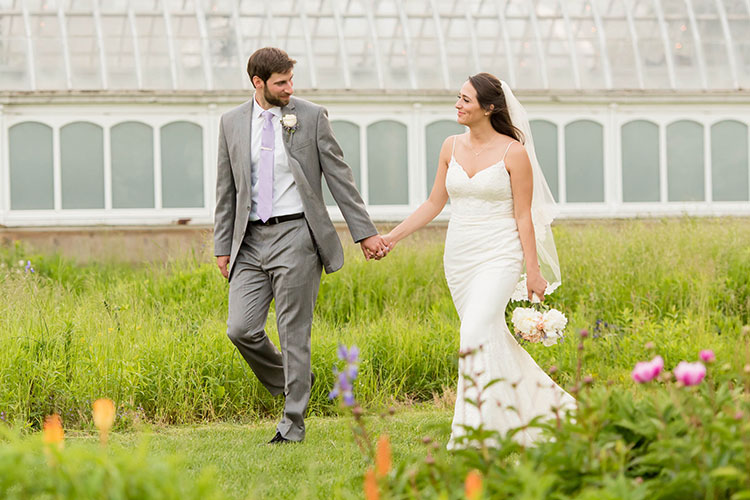 They married May 20, 2016 at Phipps Conservatory in Oakland.

With the distance and other trials, Tara says she knows she and her husband can survive anything. When the pair started dating, both of Tara’s parents were diagnosed with cancer in the same week. According to Tara, this made them look at their relationship and decide if they wanted to be together.

“He supported me through everything,” she says. “I lost my father my junior year of college and life was really hectic, and I think through everything that we’ve been through, we’ve just built such a deep connection and friendship and mutual respect and love for each other, and I think we’re a pretty good team.” 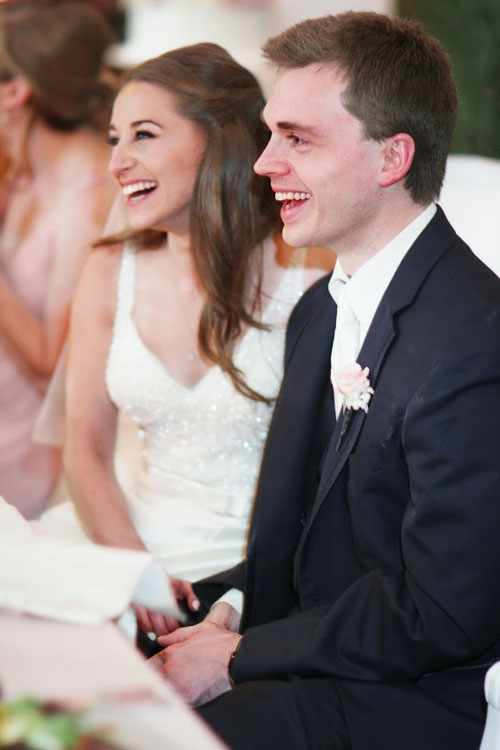 Aly Shattls and Sean Malarkey met by chance during their time as medical students at the West Virginia School of Osteopathic Medicine (WVOSM).

At the beginning of medical school at WVOSM, each person picks his or her own seat, which becomes their seat for the rest of their years on campus, Aly says. She sat near Sean after missing out on her choice seating spot.

“I was supposed to get a seat that was further back, but someone got in line before me on the day that we were picking our seats … [it] put me right behind Sean, ironically,” she says. “And that’s how we kind of started talking. We sat next to each other close by, and I probably wouldn’t have know much about him unless we ended up right near each other in class.” 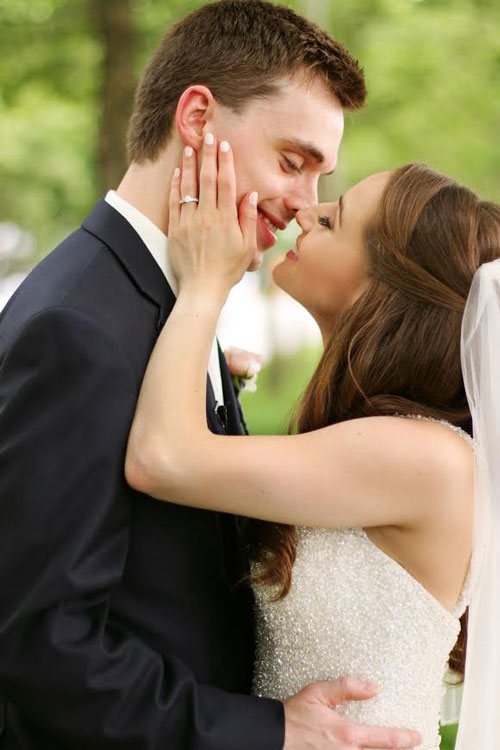 They evolved from sitting near each other in class to study-buddies in the library to dating after Sean asked Aly out in the most romantic place of all, the library.

Aly jokes, “He approached me in the library, probably because that was the only place he could find me.”

The couple married on June 4, 2016 after dating for five years.

Although getting through medical school and residency is difficult, having someone who knows what you’re going through makes balancing work and love easy, Aly says.