Pittsburgh Playwrights Theater Company searched across the country for a key role in “Savior Samuel.” Then they found Aaliyah Sanders — in Edgewood. 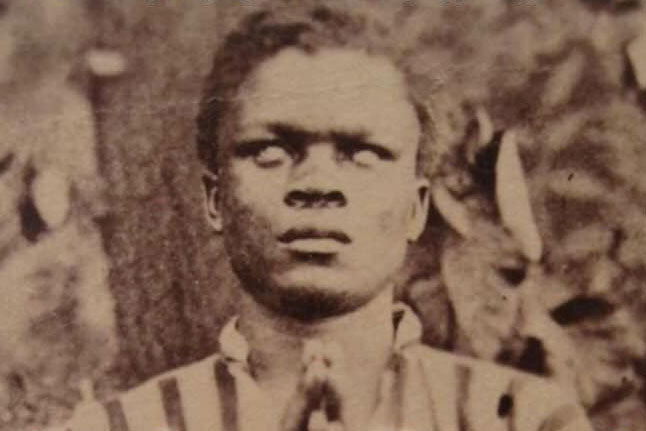 Pittsburgh Playwrights Theater Company was founded 15 years ago as a means to showcase the work of local writers. For its anniversary, the company opted to produce “Savior Samuel,” a play by founder Mark Clayton Southers, which has as its protagonist a character who is deaf.

Southers and director Monteze Freeland knew they wanted a deaf actress to play Essie, the pivotal part in “Savior Samuel.” The company was willing to go to any means necessary to find an appropriate performer.

They certainly didn’t expect to end their search close to home.

“We always said it would be great [to get an actress who is deaf]. We were prepared to bring somebody in from across the country — and spend just as much on an interpreter,” Southers says.

The company talked to theater professionals in New York, St. Louis and Minnesota; nobody knew of any African-American, teenage performers who were deaf. Finally, chatting with a local colleague, Freeland heard about Aaliyah Sanders.

Sanders, a sophomore at the Western Pennsylvania School for the Deaf, has been acting in school productions since she was three years old. She’ll make her professional debut as Essie in “Savior Samuel,” which opens this week.

During the first night of previews on Feb. 8 for “Savior Samuel,” an interpreter sat in the front row to communicate what Southers was saying to the audience. Actors on stage also used American Sign Language as the interpreter moved throughout the space to assist Sanders.

Essie is a deaf African American teenager in the late 1800s, living with her family in the midwest. When she mysteriously becomes pregnant, both Essie and her family are unsure who the father is; once the baby is born, that mystery becomes an all-encompassing aspect to the play.

Southers wrote “Savior Samuel” in 2002 but was discouraged from putting it out at the time after receiving negative feedback from a peer at a staged reading.

“One person that came said she was completely bothered by the play. It really affected her to the point where she said she didn't like it. I was a new playwright, my third year of writing, [and that criticism] affected me. [So] I put the play on a shelf.”

The play wasn’t considered again until Playwrights’ 15th anniversary. Freeland suggested they do one of Southers’ original works for the occasion, and when Southers showed him “Savior Samuel” Freeland fell in love with it and asked to direct.

“I was so detached from the play, so when I heard it read from the actors I was like, ‘Wow, I wrote that,’” Southers says. “I was a different playwright then. I was fearless.”

“Savior Samuel,” which also features performers Cheryl El-Walker and Wali Jamal — both of whom have appeared in every play in August Wilson’s Century Cycle — premieres Feb. 14 and runs through March 16 at the Trust Arts Education Center. ASL interpretation will be provided for the following dates: Feb. 14, Feb. 24, March 4 and March 10.