Penguins skate on the ice; stingrays swim below it. See what happens when they toss the puck in the pool. 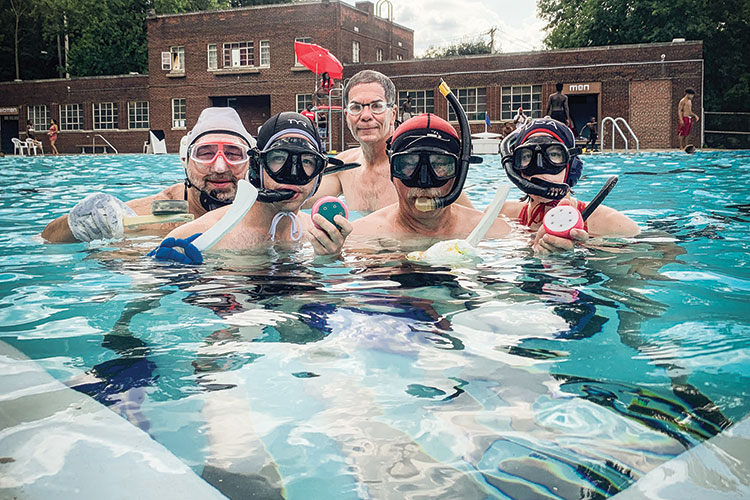 David Wheeler keeps a gold medal in his office at Robert Morris University. The disc, earned at a national championship, tends to garner attention from visitors to the psychology professor’s office. There’s even more curiosity when Wheeler reveals the sport in which he received it: underwater hockey.

“I get a lot of questions about it from students,” he says, “but only a few of them have ever tried it.”

Wheeler is a longtime member of the Pittsburgh Stingrays Underwater Hockey Club, a small but dedicated group of athletes who meet weekly from September through May to play at the bottom of Mt. Lebanon High School’s pool. 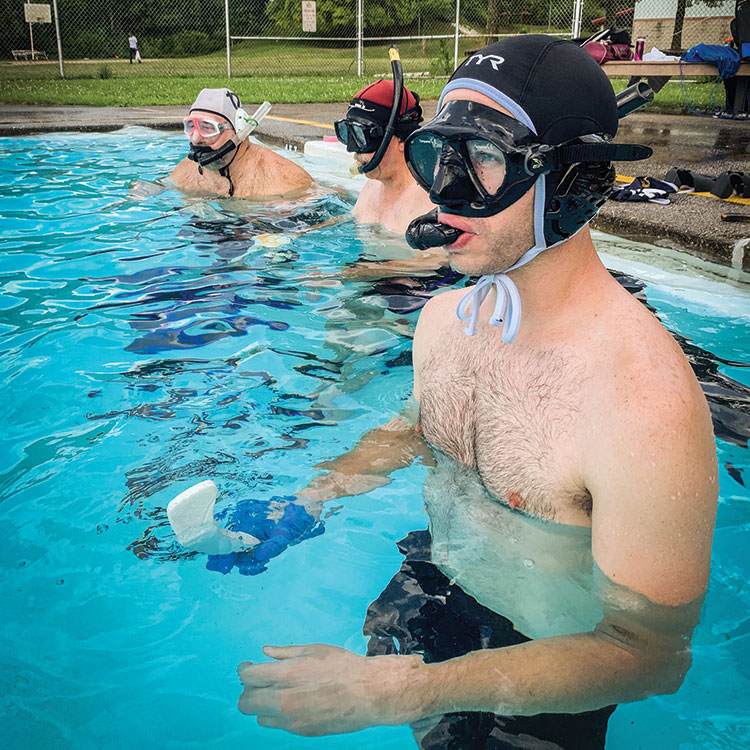 Despite the shock most people have upon learning about the sport, underwater hockey — also known as octopush — isn’t new. It has been played since the 1950s, when the Britsh Navy used the game as a way to keep divers fit and improve their ability to move and work efficiently underwater, according to the international Confédération Mondiale des Activités Subaquatiques. Today, the game is played in more than 20 countries, with regional and national competitions as well as a biennial world championship.

Each team consists of six players — three forwards and three backs wearing fins, masks, snorkels and protective gear — who face off against each other at the bottom of a pool for two 15-minute halves.

A teflon-coated, lead puck rests on the bottom of the pool. The players, each wielding a short hockey stick, vie to maneuver the puck into opposing goals (metal troughs that measure about 6 feet across).

Scoring a goal requires more calculation than you might think. For example, players can only hold their breath for so long, so continuous diving and resurfacing is required. Players in the water who need to catch their breath can signal to one of four waiting substitutes ready to jump in and take their place. 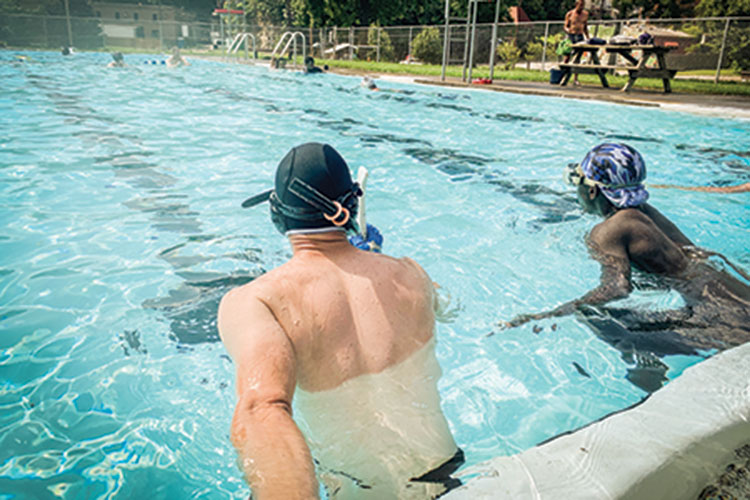 “You have to be aware of where you are and where your teammates are,” Wheeler says. “You have to surface and drop down at the right time to receive passes.”

The Stingrays organization, which originated in the early 1980s as part of an adult education class, attracts a diverse crowd. Some members of the co-ed team are current or recent high school and college swimmers; others are working professionals.

The club has sent at least one player to global competition. Leah Ettema, a freshwater ecologist for the U.S. Environmental Protection Agency by day, played for the USA women’s elite team at the 2016 world championship in South Africa. Today, she sits on the women’s elite team steering committee, where, among other duties, she helps select coaches.

Although back problems and lupus flare-ups may prevent her from competing at the world level again, Ettema touts the health benefits of underwater hockey — and not just for the obvious, physical reasons.

“Because you’re not breathing underwater, you’re very much in the moment when you’re playing; you can’t think about anything else,” she says. “It’s good for my mental health, just being focused on that one thing.”

This article appears in the September 2019 issue of Pittsburgh Magazine.
Categories: From the Magazine, Hot Reads, Sports