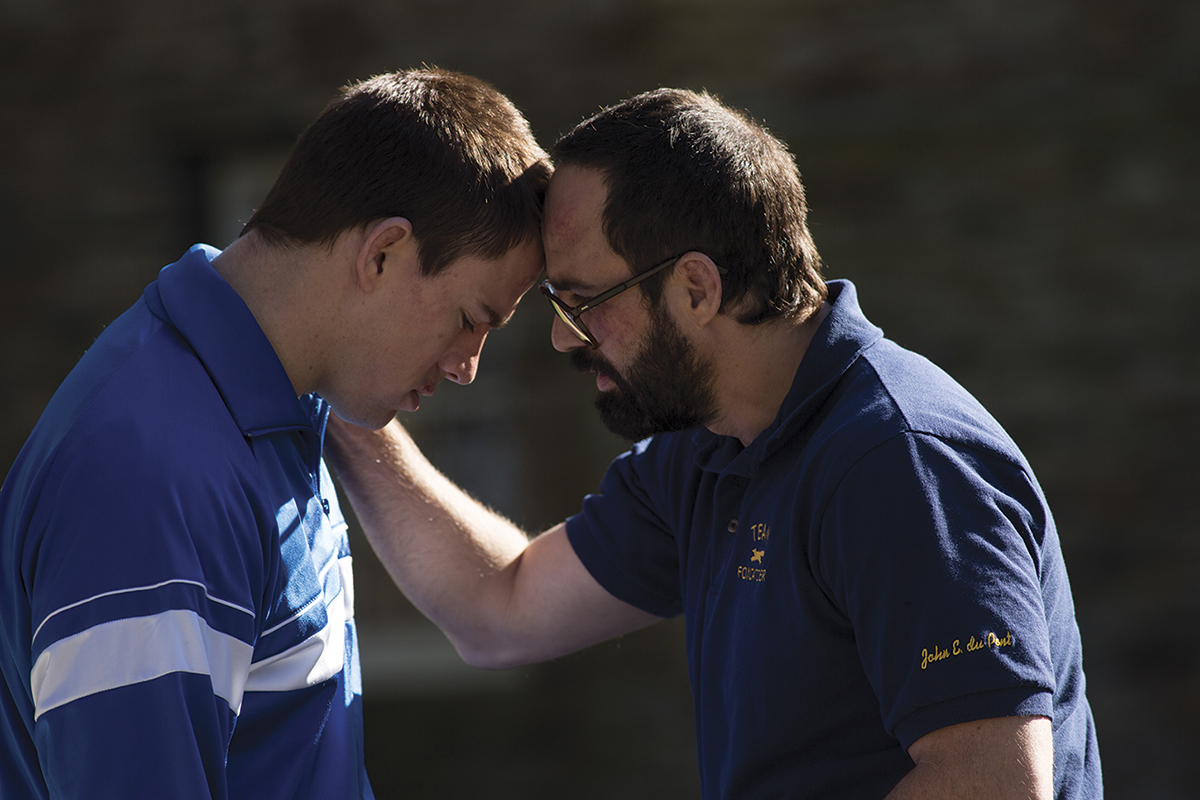 In the two-plus years since shooting for "Foxcatcher" began in Sewickley Heights, anticipation for the project among cinephiles has grown into a veritable fervor. For starters, there’s the story: “Foxcatcher” depicts the still-unexplained slaying of Olympic wrestling champion Dave Schultz. In 1996, millionaire John du Pont killed Schultz in Delaware County, Pa.; du Pont was an heir and philanthropist who established a training facility for world-class wrestlers, but he became increasingly eccentric and paranoid in the months leading up to Schultz’s killing. The bizarre case led to du Pont’s imprisonment until his death in 2010, but no motive ever was offered.

Much of the buzz around “Foxcatcher” centers on Steve Carell, performing outside his normal mode as du Pont; Mark Ruffalo co-stars as Dave Schultz, and Channing Tatum plays his brother and fellow Olympic champ Mark. “Foxcatcher” is the third narrative feature from director Bennett Miller, after Academy Award nominees “Capote” and “Moneyball.” Early Oscar speculation has both Carell and Miller pegged as likely nominees. Even with all that pedigree, though, the most likely explanation for all the hype is the simplest: After an 11-month delay from its original release date, moviegoers have had plenty of time to let the anticipation grow. “Foxcatcher” will be released nationwide on Nov. 14. —SC

You politely watch ballet. You gamely boogie at weddings. With belly dancing, an audience is encouraged to both admire and participate. “One of the traditions of belly dance is to get people up to dance,” says Jen Gallagher, who performs under the name Janim and who is one of the coordinators of the annual Pittsburgh Bellydance Festival and Competition. That’s why belly dancers often perform at floor level, with spectators on three sides. The distancing stage would hamper the seductive intimacy.

Intimacy breeds community, and the world of Pittsburgh belly dancing is vibrant. At least two dozen instructor/performers call the city home. Some draw from Arabian sources, others from the Mediterranean or Asia. Instructors design their classes around many themes, including “the healing arts” and children; sessions also can be expansively “label-free.”

Dancers need music, and Pittsburgh has a handful of bands focusing on the proper sound, from the “bellyrock” all-stars of Ishtar to the “Egyptian surf cabaret” act Amun Raqs. This loose collective performs publically and privately all year. An annual highlight is the Pittsburgh Bellydance Festival, set for Nov. 7-9 at the Pittsburgh Dance Center [4765 Liberty Ave., Bloomfield]. Now in its fifth year, the festival covers workshops, lectures and vendors and attracts performers from across the East Coast, Canada and Puerto Rico.

The heart of the event is the Belly-Off Competition, where seasoned belly dancers perform to a live musical accompaniment. The catch? They find out what the songs will be one hour prior. Performers are judged on their impromptu choreography — but also on their costuming (clothing and props), techniques and their charismatic ability to engage the audience.
While acknowledging that some Americans remain a little skeptical of belly dancing, Gallagher believes the party atmosphere of a performance quickly makes converts: “How can you not be happy when you’re jamming with your finger cymbals?” —EL