When quizzed on the late Roberto Clemente's tragic fate, one student saw the question in a different light. 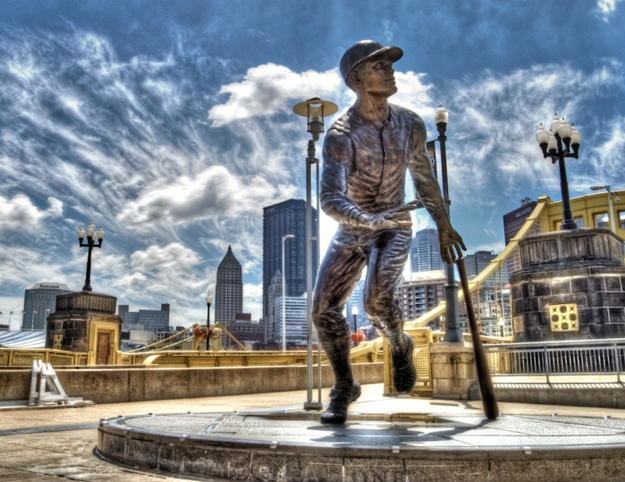 As I've written before in this magazine, I'm a relatively new fan of Roberto Clemente. Having now learned about his life and death before I was even born, I understand the statue, the bridge, the wall at PNC Park and the local museum in his honor. It's fitting we remember his legacy, and occassionally these monuments gently nudge his name into our minds, just in case we start to forget.

At 37-years-old, I'm a new student of his legacy, and I often wonder if that legacy will ever reach the ears and hearts of younger generations who might need a better sports hero to idolize, since they often find their current heroes plastered on the homepage of TMZ for less than savory behavior.

I needn't have wondered, because there are amazing teachers out there doing their part to teach the Clemente story in a way that ensures the name lives on everywhere, not just in Pittsburgh and Puerto Rico, where he remains revered as a hero.

This is how a fifth-grader in eastern North Carolina recently answered a question about Roberto Clemente's tragic death. You and I know that Roberto died off the coast of Puerto Rico as he was flying on an ill-fated airplane to Nicaragua to personally deliver relief to the people of the earthquake-ravaged country. 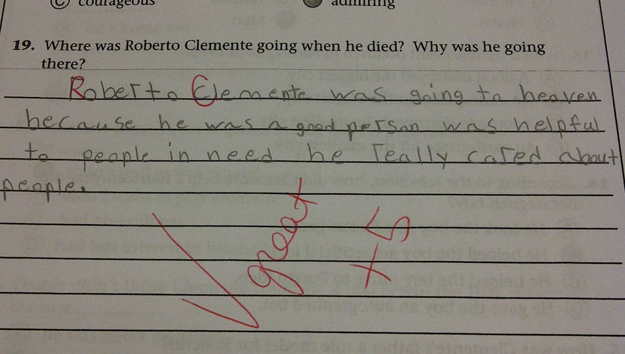 I agree. +5. Great answer. And bravo to the teacher for not marking the interpretive answer as incorrect, because I have a hunch that's exactly how Roberto would want to be remembered — for being a good person who died doing a good thing for those less fortunate.

Click on the gallery below for a tour of Duane Rieder's Clemente Museum in Lawrenceville: