Far Down the River

These townships and boroughs may not seem like much on the map, but we assure you that each is full of tucked-away treasures. They’ve got everything you need for a day or a weekend outside of the city. 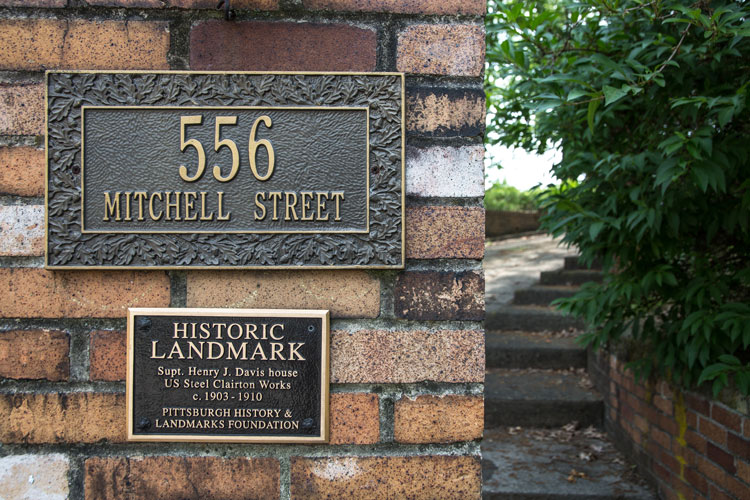 Dravosburg: We don’t know how you’d quantify this, but we’re almost certain that this borough — slightly bigger than 1 square mile — might be the most patriotic enclave in the region (note the star-spangled American Legion post — see below).

Port Vue: At the end of the 19th century, 500 residents of Lincoln Township defected; they took a look at their stellar view across the Youghiogheny River of the port at McKeesport and came up with the name Port Vue, which remains a pleasant hometown today.

Glassport: Here’s a dramatic rebound: Glassport was named for a United States Glass Company plant, which was forced to close in 1963 when a tornado knocked a water tower through the factory roof. The furnaces shut down, the liquid glass hardened and a 250-ton block of solid glass remained. That was the end of the Pittsburgh Glass Company, but the borough soldiered on; check out some of the small businesses along Monongahela Avenue.

Liberty: There was a lot of defecting going on around the turn of the previous century in Pennsylvania. Just as Port Vue defected from Lincoln, Liberty defected from Port Vue. Liberty is home to South Allegheny Middle and High schools.

Clairton: Not only is Clairton a city in its own right — not a borough, not a township, but a proper city — but it also maintains the largest coke-manufacturing mill, U.S. Steel’s Mon Valley Works Clairton Plant [ussteel.com], in the country.

Forward Township: Forward’s earliest population was that of the Adena people in 1000 B.C. The area has withstood centuries of border disputes and reallocations; in 2003, 212 acres of land became the Joshua C. Whetzel Preserve of the Allegheny Land Trust, which will protect it in perpetuity.

Elizabeth Borough: Not only is this the original Elizabeth, but it also was one of Allegheny County’s seven initial townships (the Town of Elizabeth became a borough in 1834). Today, it boasts independent businesses and riverfront property.

West Elizabeth: The days of coal-mining and boat-building may be over, but the river-based location — across the Mon from the above-mentioned Elizabeth — that was ideal for those industries remains. About 500 people live in this quiet enclave. 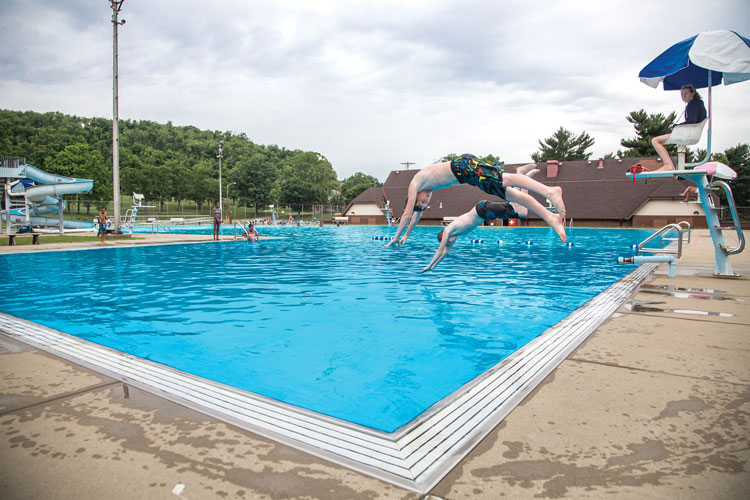 10 Things We Love Far Down the River

1 The home of superintendent Henry J. Davis of the U.S. Steel Clairton Works [556 Mitchell Ave.] was the literal house on the hill, built early in the 20th century to oversee the mill below. Drive by for a look at how the boss lived long ago.

2 How are your angling skills? The Glassport Police Department [glassport.webs.com] sponsors an annual fishing contest along the Harrison Street Riverfront. June 2016 will mark the 38th year of this old-fashioned tradition.

3 If there’s one thing Dravosburg takes seriously, it’s the service of local military members. American Legion Post 380 [51 Duquesne Ave.] honors service men and women from all branches of the military as far back as World War I.

4 Elizabeth Township is filled with lush landscapes that seem contrary to southwest Pennsylvania’s industrial reputation. Here you can gaze upon Hutchinson Farm [Round Hill Road at Route 51], which features a vernacular Victorian farmhouse built in 1865; it’s on the National Register of Historic Places.

5 We already have you rambling and fishing; if you keep reading, you’ll be hiking, swimming and more. Cool down with something sweet from O.C. Treat-N-Eat [1700 Washington Blvd.] in Port Vue.

6 Here’s an innovative summertime activity for you: For $400 (plus a $100 refundable fee), rent the Olympic-sized Clairton Pool in Clairton Park [cityofclairton.com] — complete with water slide! — for an evening.

7 Take your curious kiddos to Round Hill Park [Round Hill Road and Scenery Drive] for a game of I Spy, nature edition. Skinny snakes blend into tree roots, soft butterflies into the flowers: perfect for eagle-eyed little ones.

8 Next to Port Vue’s municipal building [1191 Romine Ave., portvue.org] is a multifaceted recreation facility as old-fashioned as horseshoes, as on-point as dek hockey, as young as games for the tot lot and as, uh, not-so-young as senior softball.

9 Forward Township hosts the East Monongahela Sportsmen Club [5717 Ella Hollow Road, east-mon-online.com] for all of your recreational fishing and shooting needs. It also offers annual youth days if you’re looking to have a family day out.

10 There are few things as wonderful as walking through Allegheny County’s many cemeteries. If you find yourself in West Elizabeth, we suggest Lobb’s Run Cemetery [Route 837]. Lobb’s Run (which eventually meets the Mon) drifts by the entrance, which makes it beautiful; rebels from the Whiskey Rebellion are buried inside, which makes it cool. 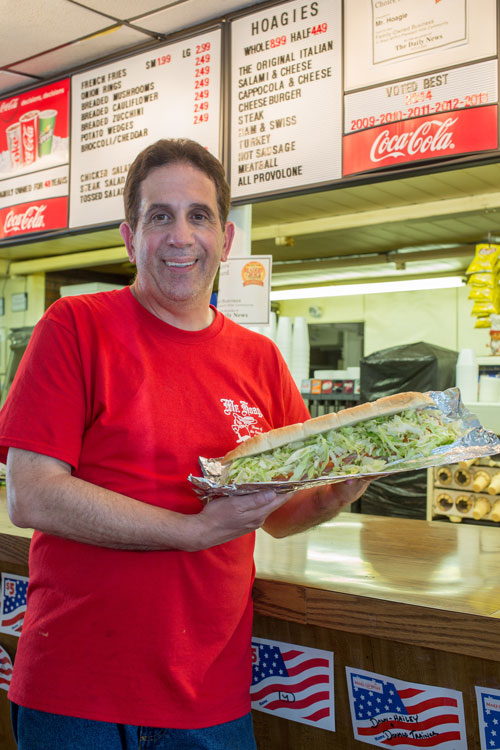 Grab an Original Italian hoagie at the throwback Mr. Hoagie [4734 Lebanon Church Road, mrhoagie.com] in Dravosburg. The family-owned sub and pizza shop has been serving southeastern Allegheny County residents since 1967. In addition to hoagies, there is a full menu of hot dogs, burgers, pizzas, shakes and selections “From the Fryer.” Inside there is a rather ’80s vibe with cafeteria-style booths and classics such as Jackson Browne’s “She’s Gotta Be Somebody’s Baby” grooving on the radio; this only adds to the charm.
— Hal B. Klein 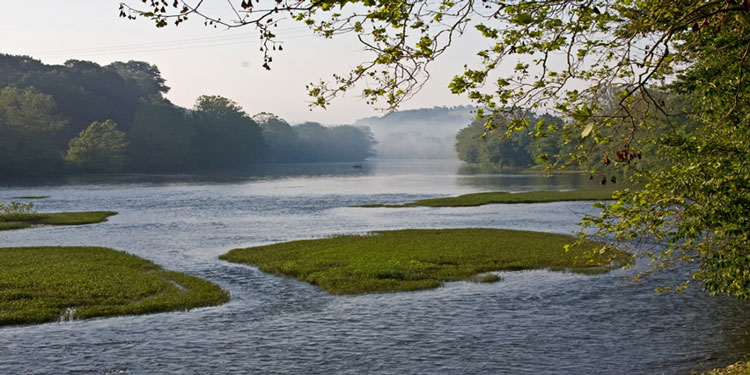 Check out the multi-use Boston Trail [thebostontrail.com], a popular section of the Great Allegheny Passage. The trail is open to walkers, runners, bicyclists, cross-country skiers and even horses. Park at the trailhead at 1902 Donner St. in Elizabeth; you can visit the Mon/Yough Trail Council visitor center before you set out to enjoy the views of the Youghiogheny River. If you want an extra challenge, register for the annual half-marathon (or the 5K run and walk) held on the trail in the spring. — Jennie Dorris
​