Fans of Rocky Horror, WWE and Nearly Everything Else: See You Downtown This Weekend 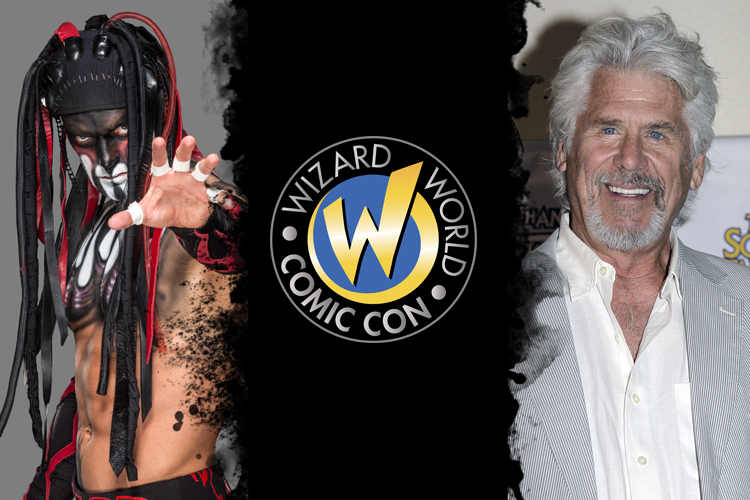 Barry Bostwick has been mingling with diehard fans for 40 years.

The cult created by “The Rocky Horror Picture Show” has only grown in the four decades since Bostwick appeared as Brad, the confident-but-clueless square who stumbles into a castle full of depravity. And as new generations of fans have discovered the film, the veteran actor has never tired of hearing their stories.

“I’ve had too many people come up to me over the years and say, ‘‘Rocky Horror’ saved my life,’” Bostwick says. “I’ll get into a conversation with them and they’ll say, ‘I lived in a small town. I didn’t know there were other people like me. I was not one of the cool kids — and I found my group.’ … The family that’s been created by the whole ‘Rocky Horror’ experience is very meaningful to me. And I’ve been part of that family, with some of the fans and the fan clubs, and I’ve seen the joy and the experiences that they’ve all shared. And I’ve loved every minute of it.”
​
Bostwick is among the lineup of pop-culture celebrities set to appear this weekend at Wizard World Comic Con Pittsburgh when the touring convention makes its second annual stop at the David L. Lawrence Convention Center. Conventions such as Wizard World have brought stars closer to fans nationwide; this weekend’s event features faces from recent hits such as “Daredevil” (Charlie Cox and Elden Henson), the “X-Men” film series (Evan Peters) and “Sons of Anarchy” (Ryan Hurst).

The “Rocky Horror” fandom, however, has been a breathing, thriving force for decades, thanks in large part to the show’s shadowcasts — fans who act out the film, lip-syncing to songs and miming movements, in front of the movie screen. Many such groups perform on a weekly basis in cities around the world (including Pittsburgh). To Bostwick, it’s a continuing fascination he’s happy to foster in the movie’s devotees.

“And obviously I enjoy it, and that’s why I keep doing it.”

Many of Wizard World’s Pittsburgh guests — Bostwick, “Star Trek” stars Nichelle Nichols and Jonathan Frakes, “Mystery Science Theater 3000” creator Joel Hodgson, longtime “Hercules” actor Kevin Sorbo — have extensive experience with events such as this. The same cannot be said for pro wrestler Finn Bálor; the Irish-born grappler is a 14-year veteran of the squared circle but only made his debut with the WWE’s main roster in July (in Pittsburgh, by the way). This weekend’s event will be just his second appearance at a Wizard World convention.

“It’s nice when people travel to these events and they reference my New Japan [Pro Wrestling, the top league in that country] career and stuff that I’ve done on the independents, but it’s more satisfying to me to see the new fans that I’ve made since I came to WWE,” Bálor says. “Especially the kids decked out in all [of my] gear; it’s really satisfying to see the hard work that I’ve put in since I came here is paying off, and it’s not a result of what I’ve done in the past, but rather a result of what I’m doing right now.”

After achieving stardom in Japan, Bálor in 2014 entered WWE’s developmental system, performing and touring with the company’s NXT brand. As part of NXT, Bálor made a pair of appearances in sold-out shows at Stage AE — matches that helped him build a Pittsburgh fanbase. Those fans responded, quite vocally, for Bálor’s first nationally televised matches on “WWE Raw,” broadcast from the then-Consol Energy Center on July 25.

“[It was] pretty mind-blowing, to be honest, to get that reaction from the fans the first night on Raw,” Bálor says. “It shows the exposure and the reach we had at NXT. Definitely it paid off in Pittsburgh that night; obviously … a lot of people wouldn’t have known who I was, but the small few that certainly did made a lot of noise.”
​
Bálor climbed the WWE ranks quickly, capturing the company’s Universal Championship on Aug. 21; he suffered a shoulder injury in that match, however, and had to relinquish the title the following night. (He reports that he’s on pace for a return in the spring.) While he recuperates, he says that seeing people travel to meet him at events such as Wizard World is invaluable — especially when those fans are in the younger set.

“That’s the payoff in the long run — getting to see 6- and 7-year-old kids that are blown away by the presence of a WWE superstar,” Bálor says. “It really puts it into perspective and makes you appreciate your everyday grind a lot more. It’s what all the hard work is really about; it’s not about performing on TV, it’s not about title belts, it’s about trying to connect with a kid and trying to inspire them the way we were inspired by Ultimate Warrior and Macho Man and people like that. That’s really the payoff for me.”

For Bostwick, the weekend is an opportunity not to simply share a moment with fans, but learn about them, as well.

“I find out more about them than they do about me,” he says. “I’m always asking them, ‘What do you do for a living? What’s that like?’ I’ve met some very interesting people at these shows; doctors, lawyers, politicians. As a celebrity type, if you get beyond yourself, it’s a fascinating culture.

“It’s a fascinating place where so many different people come to from all walks of life, and I love that interaction.”