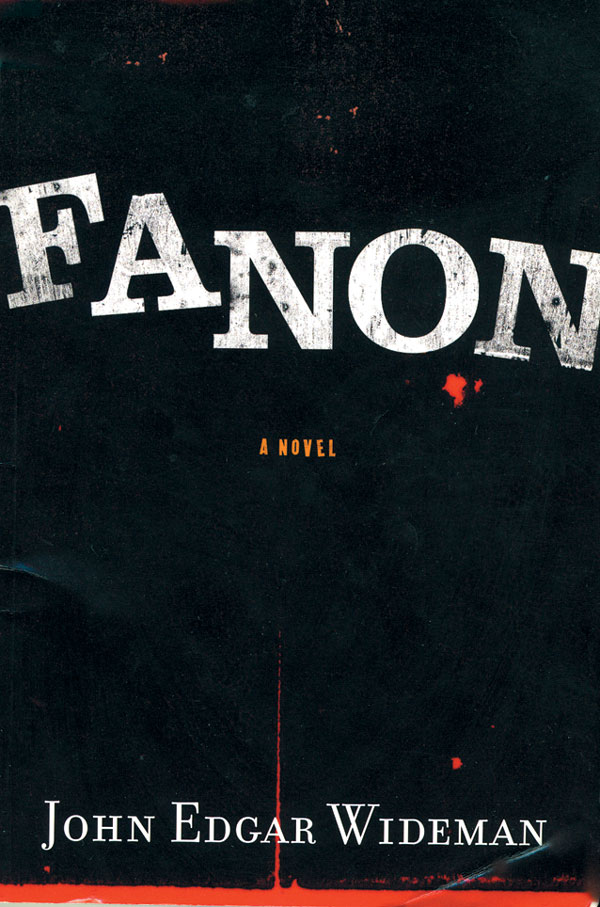 John Edgar Wideman’s new book, Fanon, is identified on the cover as a novel, but that’s far too simplistic; rather, it is part fiction, part writing-about-writing, part nonfiction, part tightly controlled stream-of-consciousness, and it’s pure poetry in its word play and free association. (Though I suppose that, for the purposes of filing the book in stores and libraries and search engines, it’s better to keep things simple.)

The story, such as it is—for graphing its arc according to your middle-school English-class plot chart would be a challenge if not impossible—revolves around three men.

The first is a narrator, who, if not exactly Wideman himself (in the sense that one thing you probably wouldn’t call the book is a memoir, though maybe that’s unnecessarily limiting), shares a number of significant characteristics with the writer—a brother and son in prison, a childhood spent in Homewood, an elderly mother who still lives in Pittsburgh, an intellectual fascination with Emmett Till and his ghastly murder.

The second, Thomas, is a character in a novel the narrator is writing (and he, too, it might be noted, an author and writing teacher, is not so radically different from Wideman). The primary plot device in Thomas’ story is that he receives a severed head via UPS. (I’d like to tell you more about the severed head, but it’s a very complicated situation.)
And then there’s the third man: the author, psychoanalyst and revolutionary, Frantz Fanon.

The book is loosely framed as a letter from the narrator to Fanon, who died in 1961; it’s an attempt to explain what compels the narrator (and, by extension, Thomas) to pursue Fanon’s story. Why Fanon? the narrator’s brother asks, irritating the narrator:

“I’d just finished sketching Fanon’s life—born brown and French in apartheid Martinique, boy soldier running away to Europe to fight for France in World War II, psychiatrist in a North African clinic where he treats French torturers and their Arab victims, then fighting against France in the Algerian war of independence, writing books that helped destabilize Europe’s colonial empires, a visionary philosopher who argued that humankind must liberate itself from the shackles of race to become truly human. … Fanon because no way out of this goddamn mess, I said to my brother, and Fanon found it.”

Which may, in a nutshell, explain why Fanon—and it’s beyond doubt his story is relevant to this moment in history—but it hardly begins to give a sense of the funny and angry and impassioned and utterly delightful, provocative ways in which Wideman approaches his story: an interlude featuring the French filmmaker Jean Luc Goddard and a convenience store in Homewood; the saga of the severed head; riffs and raps on UPS and creative-writing classes, and the regulations governing prison visits and watching news on TV. Wideman has twice won the PEN/Faulkner Award and has been a finalist for the National Book Award; his writing here, as in earlier books, is fluid, playful, attuned to alternate meanings, double-entendre, and beautiful even when the subject is ugly. Like the story, the language floats between idioms and styles.

Ultimately, this blurring of lines, linguistic and otherwise, is exactly the point. “Stipulating differences that matter between fact and fiction—between black and white, male and female, good and evil—imposes order in a society. Keeps people on the same page,” the narrator reflects. But that order, of course, is problematic at best, and so, it follows logically, writing across genres can be, in itself, a sort of revolutionary act. “I want to be free,” the narrator continues in his letter to Fanon. “I want to write a life for myself, fact and fiction, to open possibilities of connecting with your life, other lives.”

This article appears in the February 2008 issue of Pittsburgh Magazine.
Categories: Arts & Entertainment