The Fund for Advancement of Minorities through Education expands its work to help students from low-income neighborhoods excel in life as well as school. 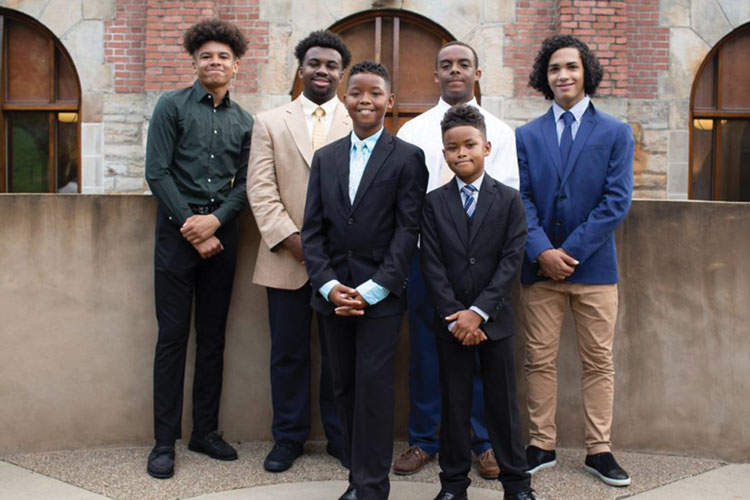 Since Michael Larson Edwards graduated in 2004, much has changed within the walls of Winchester Thurston, the elite, independent K-12 school with a main campus in Shadyside. Beyond upgraded equipment in the athletics wing and the glow of new LED stage lights in Falk Auditorium, one of the most notable differences is the off-campus presence of the organization that helped him breach those walls in the first place.

At that time, the Fund for Advancement of Minorities through Education was in its adolescence and relying on the benevolence of Winchester Thurston and other partner schools for office space. That meant employees of the scholarship organization that sent high-achieving students from low-income neighborhoods to Winchester Thurston, Shadyside Academy, Sewickley Academy, St. Edmund’s Academy, The Ellis School and The Kiski School walked the same halls as those their efforts supported. The program later expanded to Western Reserve Academy.

The access was convenient for impromptu counseling and support, but it also shined a light on students trying their best to blend into new and unfamiliar territory. 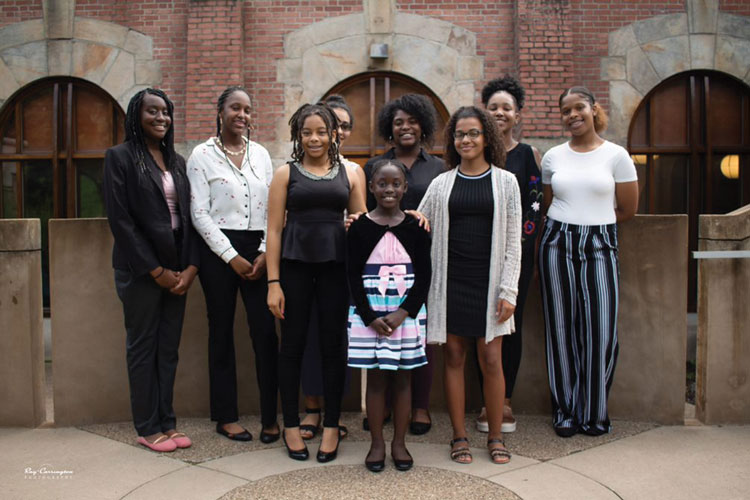 “None of us felt segregated, but it was more like, ‘Hey, there go the FAME kids; he’s a FAME scholar.’ It had a stigma of, ‘They’re getting a free ride or a scholarship for coming to a private school,”’ says Edwards.

If FAME affiliation was supposed to be a scarlet letter it had the opposite effect among Edwards and the cohort of seven or eight others at the school. Instead of retreating into themselves, the group organized to form a students of color club that became a Diversity Club, which attracted students from all racial and social backgrounds.

Today, as a FAME board member, Edwards remains a constant presence on the Winchester Thurston campus, whether working with the basketball program or providing support for students or the organization itself. The significance of the program’s impact in his life, and the ways he is impacting the lives of others through the program, has not been lost.

“When you get called a scholar it gives you an additional sense of self confidence, and that was refreshing to have while growing up,” he says. “It was nice to have a support group; if you ever need anything FAME has been there. That hasn’t changed.” 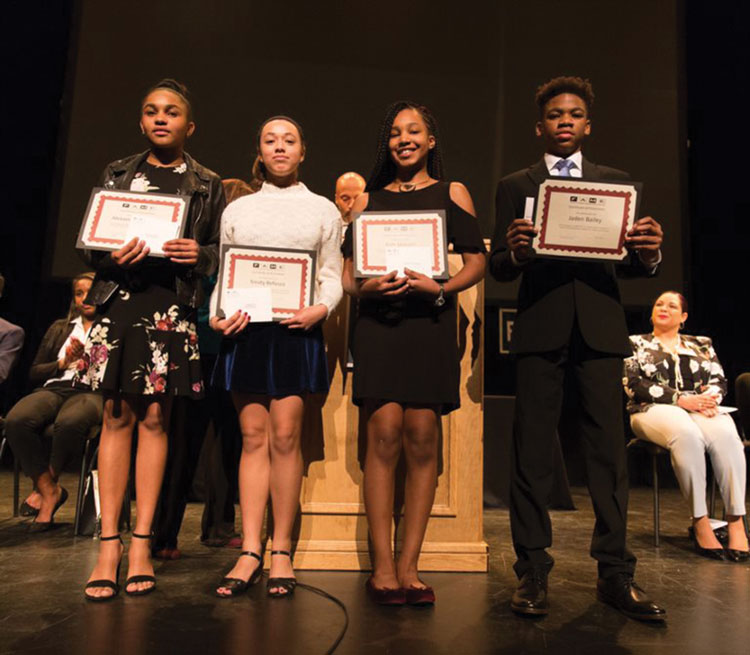 After FAME was founded in 1993, it quickly evolved from merely a financial aid organization to one dedicated to seeing students thrive scholastically. FAME scholars could always find someone within the organization to steer them toward tutors or after-school programs designed to boost grades. That commitment remains today under CEO Darryl T. Wiley, who has implemented a STEM program that features an active chapter of the National Society of Black Engineers and MathCounts and Vex Robotics team that have held top rankings in regional and national competitions since their inception.

What also has changed is a desire to strengthen programming to consider students’ social, cultural and emotional growth. The program’s 2010 exodus from offices in Winchester Thurston, Shadyside Academy and Ellis School took it into the heart of East Liberty’s business district to a facility with room for gathering spaces for students to study or simply socialize. 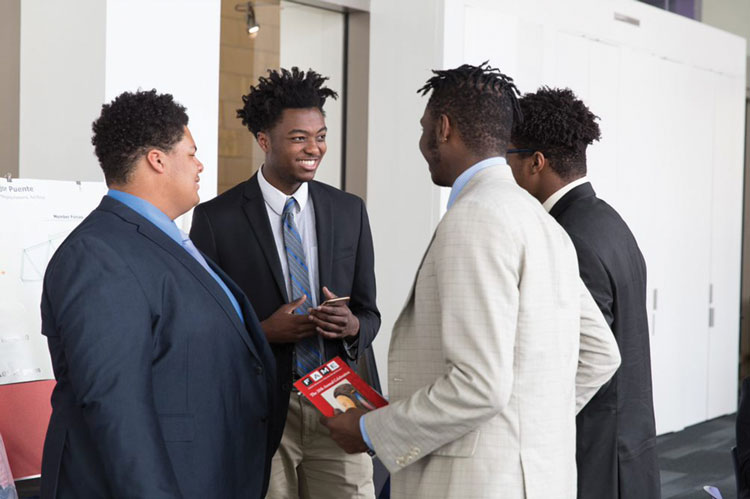 College tours and the LeaderShift program — which takes students to different states to study civic and business leadership and volunteer — allow students to connect with FAME alumni who are going to school or working to learn how to follow in their footsteps.

“We’ve been to Atlanta and Chicago and worked with Caring For Others and Public Allies to help out in different neighborhoods. We’re going to New Orleans this year. We always hope scholars come back to impact the Pittsburgh area, but they are making an impact in multiple regions,” says Nelson.

For students who come from neighborhoods much like the ones they’re sent to aid, the trip is a glimpse into a future where they can use their experiences to influence positive change and become leaders in their own rights.

“Socially, we’re placing [students] in an environment where they’re one of a few African American students, and they will face challenges they may not face in their home schools. That’s just a reality,” says Wiley. “They’re going to school with people from a different socioeconomic level, different neighborhoods, the way they learn is different, they’re taught by people who may not always understand the circumstances they’re up against. We have to prepare our children to navigate those spaces without doing themselves any harm. It’s a disservice if we help them get As but emotionally they’re crumbling.” 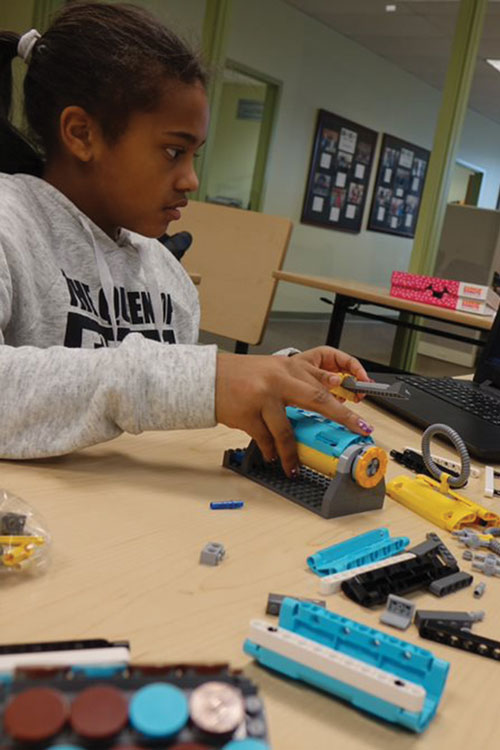 That being said, they will get As. And lots of them. Wiley is doubling down on the rigor baked into the program with a new initiative that puts more funding into tutoring, FAME Academy and paying teachers in the summer.

The new funding comes with new expectations. Students who received scholarships are held to higher standards to maintain grades. Students and families must attend mandatory sessions, and students who are still within grade guidelines but slipping must correct course.

It will be challenging, and they will exceed together, says Wiley.

“I go to St. Edmund’s and the other partner schools at least three times per year to sit with all the guys and say, ‘What’s going on? How are you feeling?’ I’ve been very deliberate about trying to build those relationships so they can feel the benefit of a bond of a cohort of like-minded peers. That’s what’s going to get them through.”