Everything You Need to Know About These Green Mini-Taxis

Pittsburgh's Autopods are getting a lot of attention, but will they get a lot of customers? 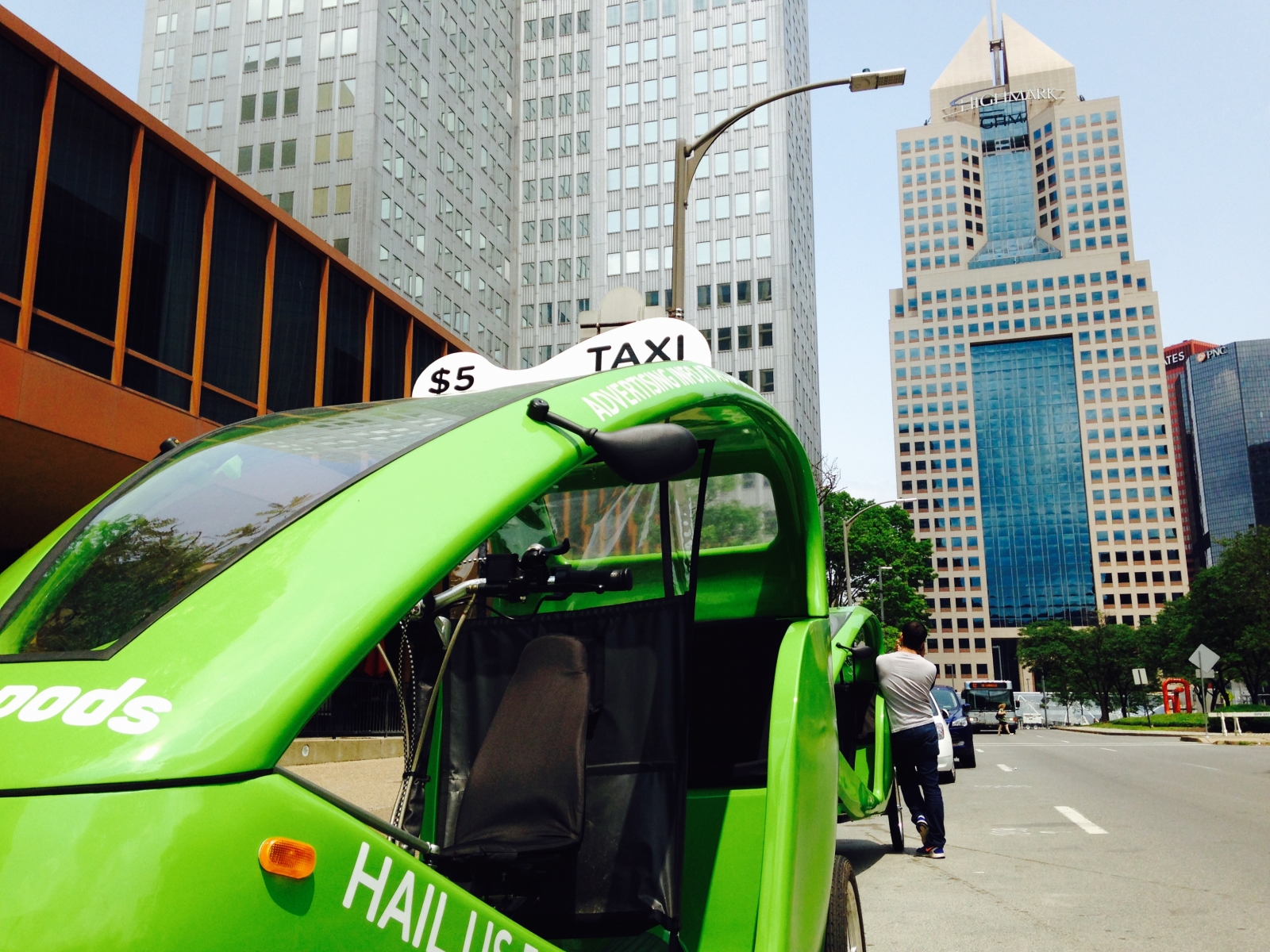 Need a lift but not going an uber-far distance? You might want to hop in an Autopod.

Founded by Carnegie Mellon University graduate Tanuj Apte, Autopods is a first-of-its-kind (at least in the United States), zero-emissions electric pedicab service for Pittsburghers looking for short-distance rides within the city. On June 1, Apte and his team launched the business.

The pedicabs cruise at 20 mph, last 35-40 miles on one charge — and they are completely street-legal. But you'd think they would've had at least one major problem: hills.

The vehicles are designed to give pilots a boost every time they set out to conquer the inevitable incline. Not to mention, Apte and company left room to add insulation (with glass and canvas) once winter rolls around, effectively making Autopods Pittsburgh-weather ready.

Catching a ride won't cost you much, either. The Autopods team originally set out to provide affordable transport for their peers at CMU, so they're keeping it cheap with $5 for rides within downtown and $8 to go to the Strip District, South Side and Station Square. For an extra dollar or so, they'll usually drive you a bit farther (although it's up to the driver). You can pay with either cash or credit card.

“We want to make it cheap and affordable enough that you don’t have to think twice before you hop in one,” Apte says. 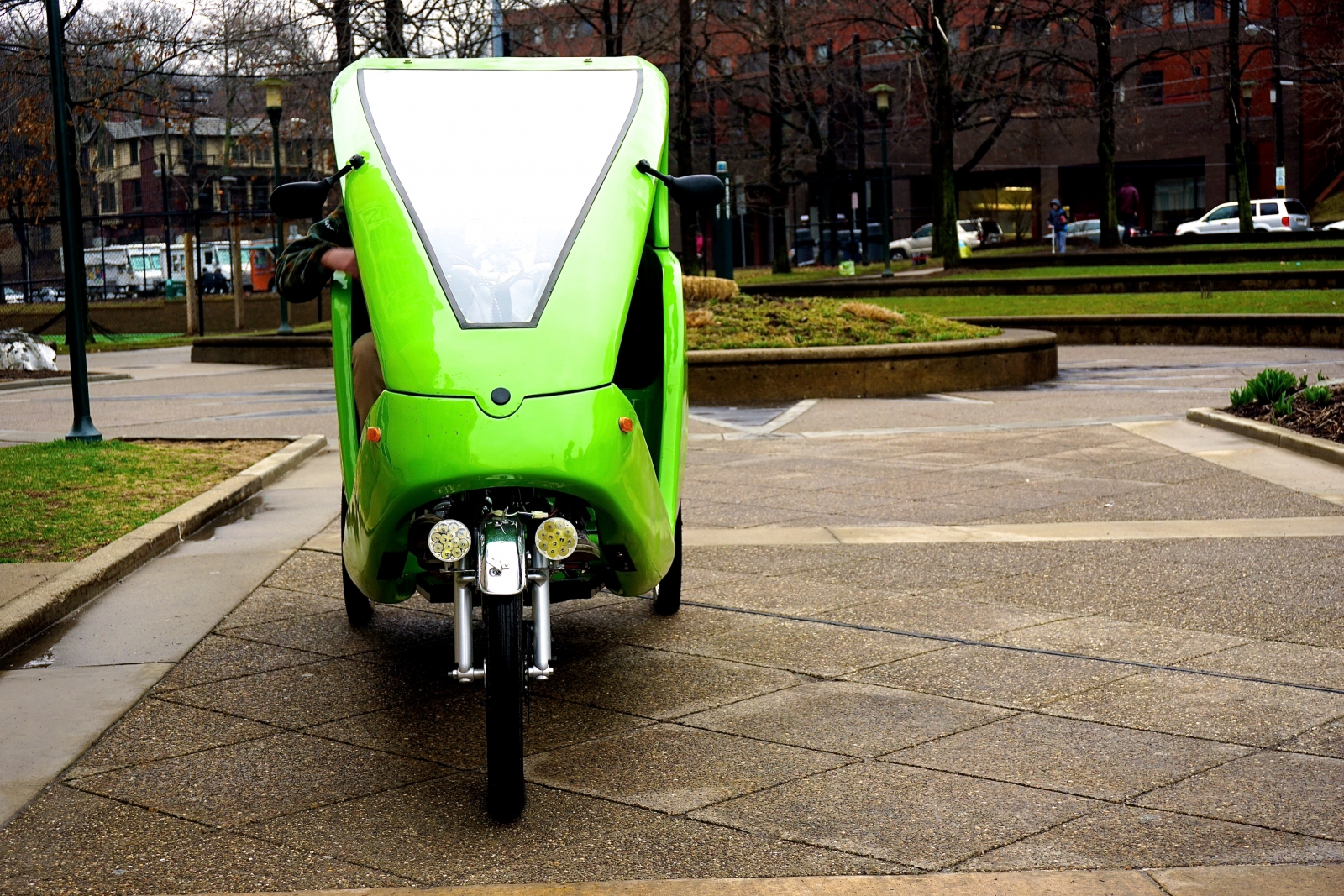 Next month, Autopods plans to launch the beta version of its app, which will allow riders to call the service to pick them up, instead of trying to flag down an Autopod.

Additionally, in the coming months Apte hopes to add "hotspots" — centralized locationd for drivers to recharge, make repairs and pick up riders — to busy areas in Lawrenceville, the Strip and South Side. Ultimately, Apte wants Autopods to be “something you rely on,” not a novelty resource for the occasional lift.

For now, you can find Apte and his fleet posted up in their current hotspot in Market Square. With Autopods' bright-green, Jetsons-esque design, chances are you won't be able to miss the crew.