According to the bright minds at the World Wide Leader in Sports, the numbers (which they made up themselves) don’t lie: Super-sized pipsqueak/living sad-face emoticon Eli Manning was a better quarterback than Ben Roethlisberger last season. So now I’m contractually obligated as a rational human being to make fun of them.

ESPN isn’t exactly the Bell Laboratories of razor-sharp statistical analysis. The network is the harbinger of the celebrity-jock culture that brought us the Disappointed Alpha Dad lectures of human-gargoyle Mark Schlereth, the keen insight of fully-grown-bully/pundit/wackadoodle Sean Salisbury and the short-but-sweet tenure of befuddled slam poet Emmitt Smith.

And now these cackling knuckleheads want to "redefine" the way we think about quarterbacks with a shiny new formula. Their intent is noble, considering the current gold standard for measuring quarterbacks is the antiquated Passer Rating, an incomplete system devised in the 1970s that ignores important factors such as fumbles, sacks taken and rushing yards. The problem is that ESPN’s magic math, officially dubbed Total Quarterback Rating, has produced results that stupefy and confound.

According to their numbers, Roethlisberger performed worse than Young Manning last season, despite the fact that Manning winced his way to 25 doe-eyed interceptions (most in the NFL) while Roethlisberger reached the Super Bowl behind an offensive line that could be generously described as, "Maurkice Pouncey, awkward silence."

Perhaps none of Eli’s 25 interceptions occurred on old-fashioned slobberknocker plays or whatever imaginary metric Schlereth dreams about when he’s not manicuring his police-sketch goatee and finding new ways to emphasize otherwise nonsensical analysis by mean-mugging the camera like an apoplectic Randy Savage cutting a "HULK HOGAN!" feud promo. 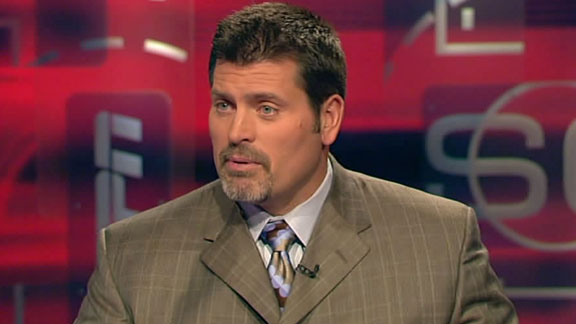 "Back when I played in the National FOOTBALL League, we used to keep score by who WANTED it more."

Undaunted by the alternate reality they’ve created, ESPN calls their Frankenstein an "uber-stat" that is "comprehensive and meaningful." The last word is key. The system was designed to take into account the meaning and weight of game situations in order to derive each quarterback’s "contribution to a team’s chances of winning." So it’s quite curious that ESPN’s formula doesn’t seem to think much of the quarterback with the fourth-highest winning percentage in NFL history.

Despite two trips to the Super Bowl in the three years that ESPN analyzed, none of Roethlisberger’s seasons cracked the Top 15, and only one scored above the 65-point "Pro Bowl caliber" rating.

That statistically sexy season turned out to be 2009, when Roethlisberger put up 4,300-plus yards but failed to make the playoffs because of momentum-swinging mistakes at the worst possible times. His Super Bowl seasons in 2008 and 2010 ranked below the performances of Jake Delhomme, Vince Young, Chad Pennington, Jeff Garcia and Tony Romo.

When Roethlisberger actually won the Lombardi Trophy in 2008, he was beaten out in the rankings by the sublime genius of Dan Orlovsky, quarterback of the 0-16 Detroit Lions (to be fair, Orlovsky only started in eight of those losses, and ESPN Chief NFL Analyst Trent Dilfer was thoroughly impressed with his GRITTY STICKTOITIVENESS). 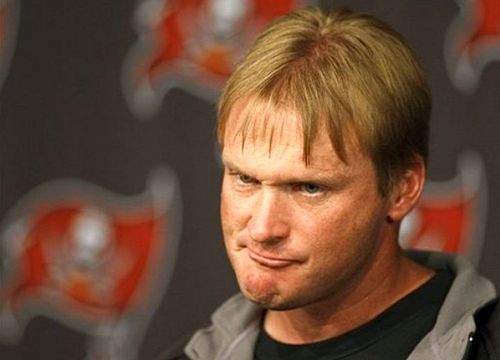 Orlovsky also scored big points with the ESPN panel in the special category of Pundit Chuckle-ability for his side-splitting antics in the pocket, while Jake Delhomme’s numbers were tops in the Chris Berman-sponsored category Surname Playfulness for the Banana Boat inspired NFL Primetime riff, "Daylight Come and You Gotta’ Delhomme."

ESPN wants you to think the Total Quarterback Rating project is a progressive renaissance—when in reality, it’s just fuel for the Haterade-powered steam engine of the sports blogosphere. ESPN claims the numbers are based on an analysis of more than 60,000 individual plays over the course of three seasons. But what makes the system unique, and also unreliable, is that it’s based on evaluations of game tape—literally, a human being assessing vagaries like pocket pressure, passing accuracy and decision-making and then assigning a point value. That’s not sound statistical modeling. That’s a Pandora’s box of human error and bias cultivated by hoards of unpaid interns who couldn’t tell you the difference between an overthrow or a receiver cutting off their route two yards short even if they weren’t distracted by BBM pings.

Welcome to the Nerd World Order, where arguments based on black-box metrics are seemingly bulletproof, until the public notices that the magic mystery machine spits out numbers that suggest Seneca Wallace, Trent Edwards, Shaun Hill and Orlovsky (combined 2008 record: 15-23), performed better than Roethlisberger, a man who won a Super Bowl while living life on the lam behind a turnstile offensive line that featured someone named Darnell Stapleton, an undrafted free agent who very well may have been birthed by the Madden player generator on Xbox. 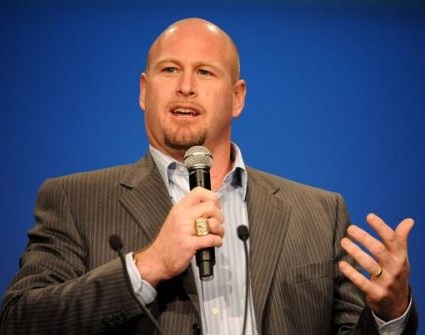 Look, I’m no Luddite. There’s nothing worse than the cranky old (and young) codgers who dismiss baseball’s statistical revolution because they’re allergic to arithmetic and want to live in the cozy world of penciled-in scorecards. But baseball is dueling pianos—an isolated battle between a pitcher and hitter. Football is a symphony. Trying to quantify the NFL by wrangling it into baseball’s school of sabermetrics is bound to yield dumbfounding outcomes like 2008 Jeff Garcia > 2010 Ben Roethlisberger. (It’s telling that Garcia, while boringly competent that season, threw two back-breaking interceptions in the 4th quarter of a must-win game against the Chargers that knocked the Buccanneers out of the playoffs. Still, he was small and SCRAPTASTIC.)

ESPN’s new system produces wonky results like this because it fails to account for the most crucial characteristic of a winning NFL quarterback: Balls-in-your-throat pressure. Or as Santonio Holmes said before his Immaculate Extension in Super Bowl 43, the "Time To Be Great." The whole crux of ESPN’s system is to isolate the quarterback’s value from the rest of his team, but if that’s the case, the proof should be easily reverse-engineered: And if you think putting Delhomme or Young on the 2008 Steelers would have made them a better team, the Kool-Aid you’re drinking has been spiked by Jim Jones.

In the grand introduction to the Total Quarterback Rating system, ESPN Insider Peter Keating proudly explains that it was developed to "help settle who’s-greatest brawls." Of course, that’s a lie. The system was developed especially to kick off a million more "who’s-greatest" debates, which constitute about 80 percent of ESPN’s programming.

Even if the new ratings turned out to be a magic formula that gave fans statistical validation for their Facebook donnybrooks and breathless blogosphere proxy wars, even if they did let us glean some undeniable truth about the power structure of the league’s most important position, would we actually want the truth? Isn’t most of the thrill of being a football fan the boozy barstool arguments and message board punditry?

Baseball has never made more sense than it does in 2011. Thanks to Moneyball and the sabermetrics revolution, Major League Baseball is pure analytics in motion; a videogame simulation with sweat, pine tar and commercials. And yet somehow baseball seems colder and more empty now than it did when we still believed in the magic of clubhouse guys, RBIs and hustle-over-brawn.

For the past two decades, football has grown into the new national pastime because of its mystifying aura, its rough edges and unpredictability. We love it because we can’t quite understand it. Even with advanced statistics at our disposal, Super Bowl champions still can’t be surmised in an Excel sheet.

Looking back at old ESPN clips for research on this article, I stumbled upon this gem from "NFL Primetime" circa 1999:

It will take you back to another time. Breathe in the sweet smoke of autumn firewood drifting down your block. Close your eyes and listen to Berman’s giddy, rambling prose poems. This is the NFL before ESPN overexposed its every last charm. No spiraling graphics. No raving pundits. No forced comparisons or power rankings or proprietary formulas. Just Boomer, TJ and the gang letting the game do all the talking with the help of a few hair-metal power chords. ESPN has never seemed further away from that shabby, madcap magic than it does with the launch of this low-brow statistical arson.

Doesn’t the pocket protector set have more important overstuffed, convoluted formulas to dream up—like collateralized debt obligations and mortgage default swaps? Leave my football alone. I liked it better when it was worse.