The murder-mystery escape room is fun. The archery battlefield and virtual-reality game are fantastic. 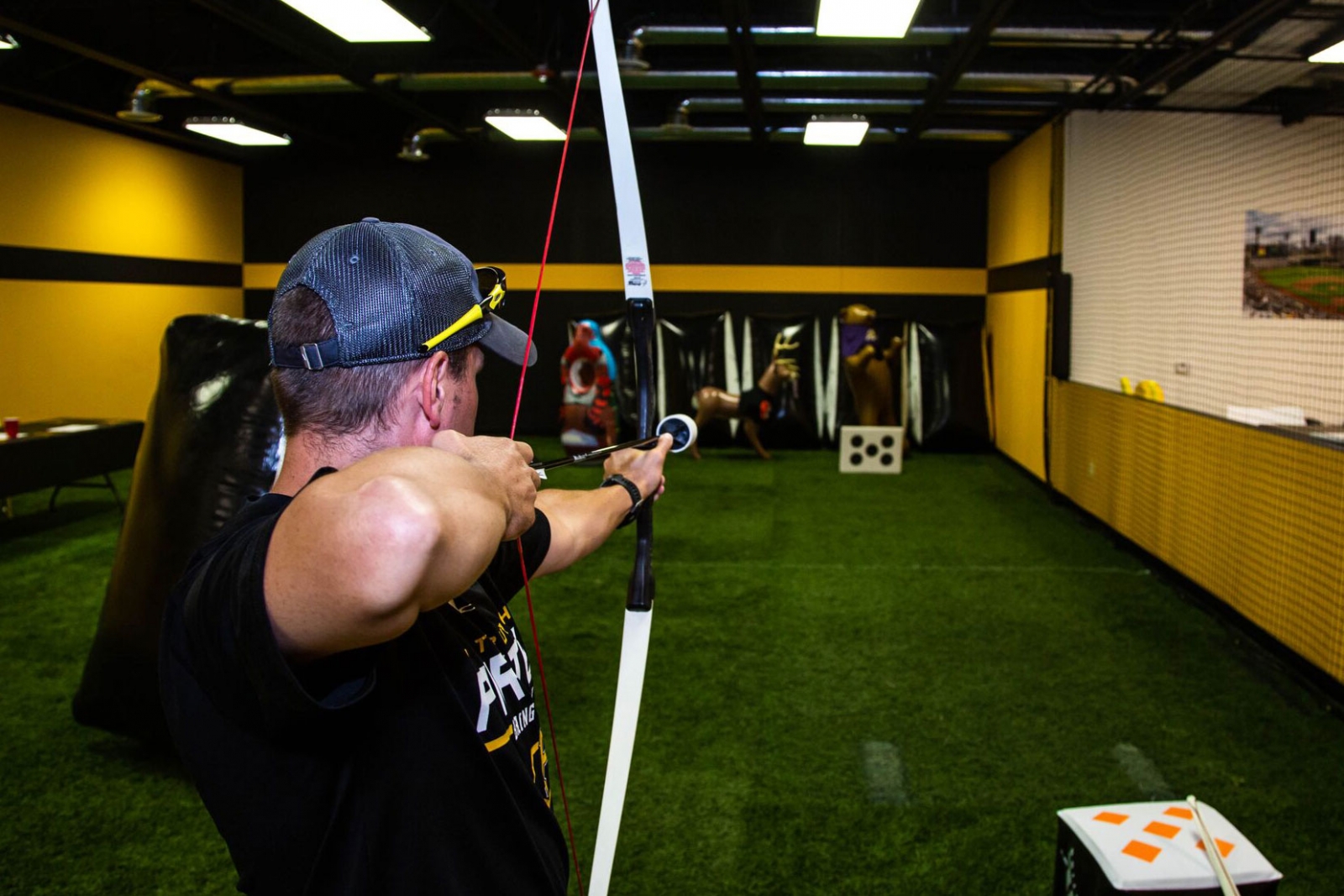 I am getting to the point where I need a bit more from my escape rooms.

There are plenty of fine establishments around, some I rather enjoy and would enthusiastically visit again. The idea of expanding or diversifying their offerings has, however, usually meant additional rooms, or maybe axe throwing. (By the way, all of Pittsburgh: We only need so many axe-throwing places. Some of you aren’t going to make it.)

That is not the case at Escape Room Sports, a new spot in the North Hills. The facility, which currently offers three very different experiences, is the brainchild of brothers Walter and Wynton Bernard. Walter is a former defensive back for the Seattle Seahawks; Wynton currently patrols center field for the Chicago Cubs’ AA affiliate in Tennessee.

Befitting a business with two professional athletes at the helm, Escape Room Sports’ flagship game takes place in a baseball stadium. There’s been a murder in the batting cage, and you’ll need to ID the killer from among the team’s roster and staff; a series of vital clues contain QR codes which bring you closer to the killer when scanned with a (provided) tablet.

The theme and the task separate the game from others in the area; rather than a heist (or, y’know, an escape), the murder-mystery procedural story livens things up. You can even wear police badges, if you like. There’s humor and flair in the game; it’s also difficult enough that you’ll want a whole bevy of friends to split up and tackle various challenges.

A forthcoming second game will be football-themed, but the other two attractions at Escape Room Sports are worth the trip right now.

Archery Battle is dodgeball with bows and arrows; you’ll don a mask and scramble for ammunition (in the form of harmless, foam-tipped arrows) and crouch behind obstacles while trying to pick off friends across the course. It’s an improvement on the paintball model, with none of the cost, mess or troubling implications — a more athletic version of a Nerf gun fight. And it requires no particular skill; I’m not exactly a seasoned archer, and I had no trouble plunking opponents.

The Virtual Reality Escape Room, however, is not just immediately fun — it is a vision of the future. Not in terms of technology; VR is already here. Rather, I’m pretty sure this is the next big thing in group outings. Walter Bernard put a helmet on my head and controllers in my hand and sent me and four friends into a haunted mansion, where we (now multicolored ghosts) were tasked with vanquishing an evil composer. It was a one-game VR arcade, a place to go experience the forefront of gaming at little cost.

I’m pretty sure that places offering group VR experiences will soon be popping up at … well, at the rate that escape rooms are now opening. For now, Escape Room Sports is the place to go if you and your friends want a taste of the “Ready Player One” experience.

This is what I need from escape rooms — something different. I love solving puzzles and getting past challenges, but there’s quite a few spots for that by now; places that innovate are going to have an edge going forward. Escape Room Sports, unquestionably, is innovating.

This article appears in the July 2018 issue of After Dark.
Categories: After Dark