Ernie Pyle Got a Taste of Our Steely Charm

The roving reporter's travels brought him to Pittsburgh in the 1930s, allowing him to observe mill activity and take in our rolling hills and gritty features. 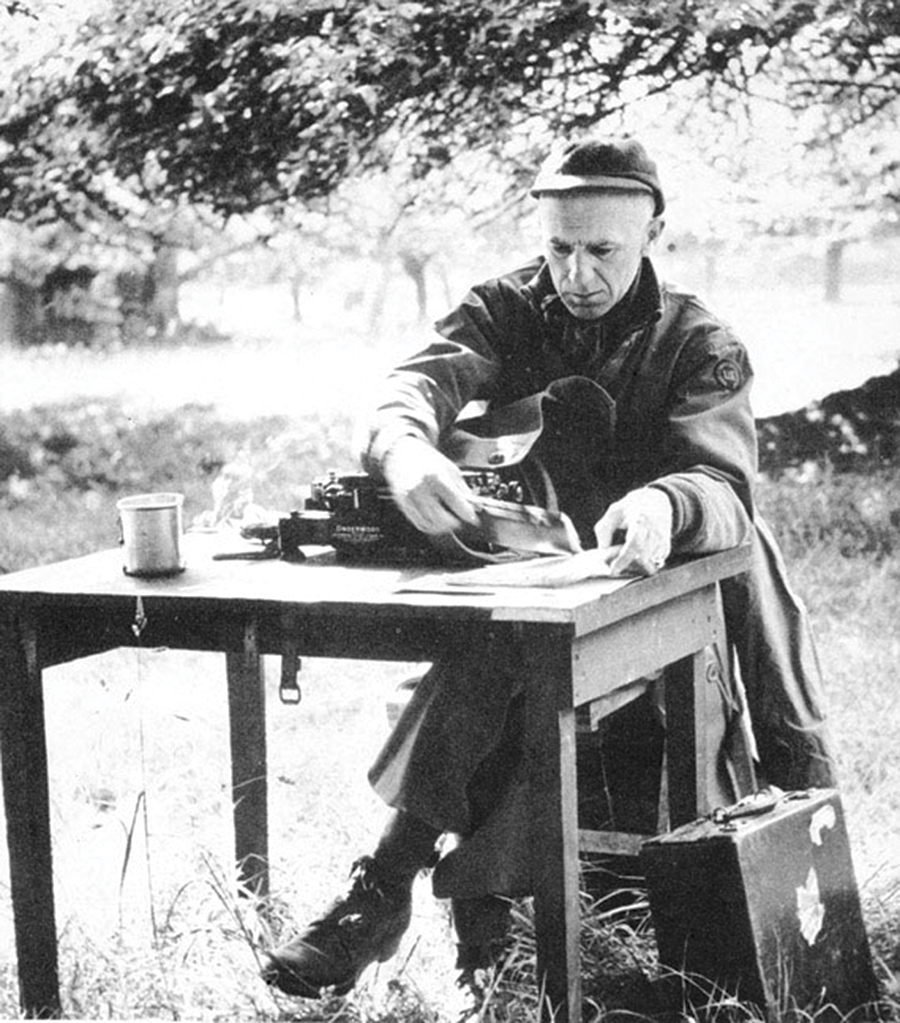 In 1937, a well-respected newspaper man named Ernie Pyle left his editorial position at the Washington (D.C.) Daily News for his dream job: writing a daily column about traveling around America for the Scripps-Howard newspaper chain. He drove himself (and often his wife) all over the country (sometimes without a plan), meeting people, touring new places and writing with wit and honesty about whatever struck his fancy. He was the quintessential roving reporter, and his work was popular.

In April 1937, his travels brought him to Pittsburgh for a few days. He invented a superlative in an attempt to describe our town. “Pittsburgh is the cockeyedest city in the United States,” he wrote. “Physically it is absolutely irrational. It must have been laid out by a mountain goat.”

He must have gone to Beechview. Or Fineview. Or the South Side Slopes.

But Pittsburghers don’t mind a back-handed compliment — as long as a visitor recognizes how unusual this place is. Pyle continued, “It’s the only city in the country in which I can’t find my way around, the only one of which I can’t get a mental bird’s-eye picture. I’ve flown over it, and driven all around it, and studied maps of it, and still I hardly know one end of Pittsburgh from the other. It’s worse than irregular — it’s chaotic.”

Pyle was just telling it like it was. And his humor still works: “There’s just one balm — people who live here can’t find their way around either.”

Pyle kidded about our topography, our tunnels and our various methods of transportation:  “The well-to-do people drive to work. The medium people go on streetcars and ‘inclines,’ which is what they call those cable cars. And the poor people walk up the steps.”

On that trip in 1937, Pyle also visited a steel mill during the midnight shift. “We walked for miles, we climbed our heads off, we got dirty, we got tired, and we saw strange scenes that took on an exaggerated weirdness at 3 o’clock in the morning,” he wrote. A superintendent at the Jones & Laughlin Steel Co.’s mill gave him the special glasses needed to look directly into the steel-making process from a wooden platform: “I held on and peeked over. And I was looking right down into the seething insides of a Bessemer furnace. ‘Now you know what hell is like,’ the superintendent said.”

“Pittsburgh is a dirty city,” Pyle wrote. “It wasn’t libeled a bit when it got that reputation. But Pittsburgh people, like people everywhere, love prosperity. And a dirty shirt collar here means prosperity.”

Pyle later would gain national fame for his reporting during World War II. He wrote many articles about ordinary American soldiers fighting in faraway places, describing the excruciating hard work, the terrors and the tragedies of war. In 1944, he won a Pulitzer Prize for his distinguished work as a war correspondent; in 1945, while working in the Pacific, he was shot and killed by a Japanese sniper. He was 44 years old.

This article appears in the June 2014 issue of Pittsburgh Magazine.
Categories: Rick Sebak