Era of Cool: See The Art of John Van Hamersveld

Head to The Westmoreland Museum of American Art for a dose of pop culture and a ’60s throwback. 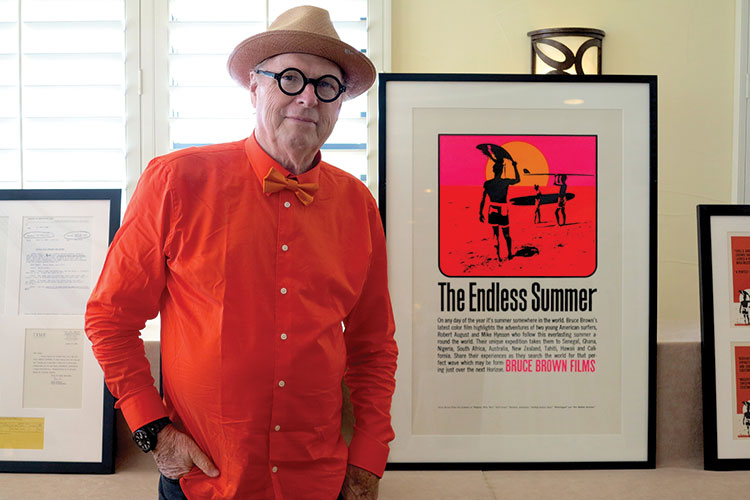 photo courtesy of the artist’s archives

When you visit “Era of Cool,” John Van Hamersveld doesn’t want you to look at his iconic album covers.

Since the former art director of Capitol Records Distribution designed the covers of The Beatles’ “Magical Mystery Tour” and The Rolling Stones’ “Exile on Main St.,” among hundreds of others, he’s been working on portraits, photography and public murals. Samples of a range of Van Hamersveld’s work will be on display at The Westmoreland Museum of American Art through October.

“My work was posters, was album covers, but really for now it’s posters, fine art prints, murals, books — I publish books of my work and have shows,” Van Hamersveld, 77, said recently in a phone interview from his home in Southern California. “I’m oriented more as an artist than a graphic designer … Being able to go beyond [retirement] and become an artist and have a whole other career has really been a gift.”

The exhibition, a slight change of pace for The Westmoreland, came about through a series of connections. Curatorial Assistant Bonnie West’s uncle, Ned West, owns HDS Marketing and knew of Van Hamersveld’s commercial work and concert posters, including the famous “Endless Summer” poster in 1964.

“Bonnie came in one day and said, ‘My uncle Ned has this collection of posters. It might make a good exhibition,’” says Westmoreland Chief Curator Barbara L. Jones. “We just thought it was such a great opportunity with the 50th anniversary of Woodstock, all the things are happening, different anniversaries from the ’60s… We thought for a summer show it would be really colorful and celebrate a time in our history.”

“There’s a whole generation of us that lived through all this, during the Vietnam War and all of this music that was so important, the Beatles, the Rolling Stones, all of them,” she says. “I said he has that finger on that pulse because he was in connection with all of them.”

Jones says she thinks viewers will also appreciate Van Hamersveld’s technique. When the artist sits down with a new piece, he first draws it in black Sharpie on vellum.
“We thought that was a really great aspect, to show this and consider it fine art instead of just graphic design, which can be elevated to fine art, that’s for sure,” she says.

Van Hamersveld says his mother was an artist, and when he was 9 his grandfather, an industrial designer, introduced him to the printing press. His grandfather, coincidentally, was a Dutch immigrant who ended up in Wilkinsburg in 1911, working for Westinghouse.

Van Hamersveld says he basically lived in his mother’s California studio as a teenager, became an abstract expressionist painter in a “bohemian, beatnik way,” then went to school to become a graphic designer.

“This particular show is really about myself breaking away from the design [and] commercial world to refounding my education as an artist,” he says. “So there’s prints and posters and paintings and all that and sketches, and they really wanted my album cover. So my album cover work is really from the ’60s and ’70s, so that’s like a historic reference, that always comes forward.

“That’s on one wall, so I hope the eyes will turn back into the room, and they’ll look at something other than the album covers,” he says.

Van Hamersveld will visit this fall for a series of programming, including a conversation with Jones and a private screening of the award-winning short “John Van Hamersveld: Crazy World Ain’t It” on Oct. 2 and the museum’s Big Art Party on Oct. 5.

This month, Rock & Roll Hall of Fame Director of Curatorial Affairs Nwaka Onwusa will host a discussion on the exhibition on Aug. 21.

While Van Hamersveld is in town, he’ll work with students from Greensburg-Salem Middle School and will create a mural in Jeannette for which The Westmoreland recently received a “Revitalizing Westmoreland” grant from the Community Foundation of Westmoreland County. Van Hamersveld has done 21 murals in recent years in various locations, including a water tower in California.

“It’s a great way to sort of create a semi-permanent piece here of his,” Jones says.