Enjoy a Relaxing Evening of Wanton Destruction at Break Room

The Irwin business offers the chance to smash inanimate objects for a little "therapeutic demolition." 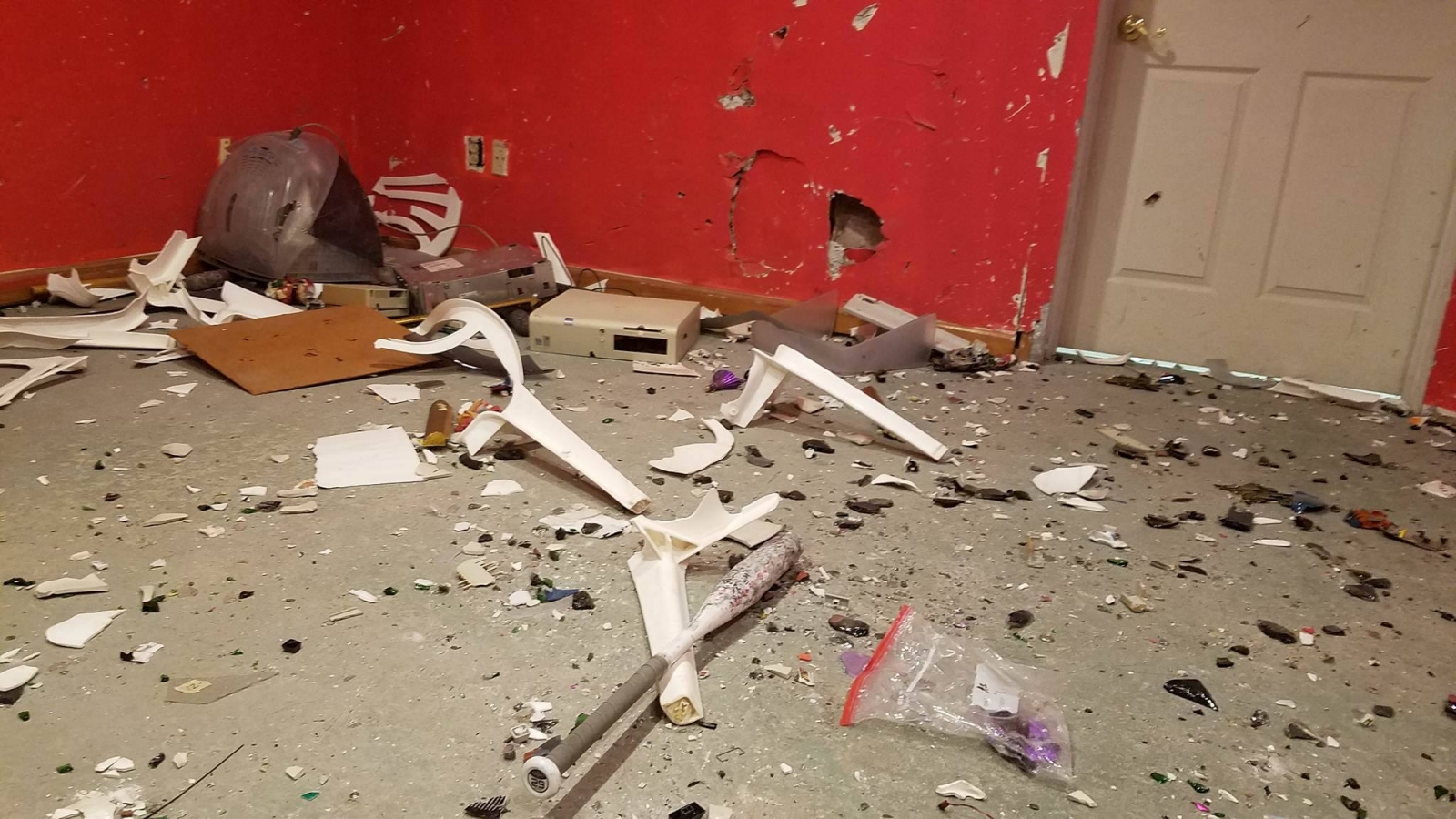 As you approach Break Room on Route 30, a sign will catch your eye: “Break Room. Therapeutic Demolition.”

That subtitle is very accurate. Break Room sounds like a ridiculous diversion, but the actual experience is oddly soothing.

The concept behind the unconventional business, which opened in October, is simple: Pay to smash some stuff. You go in, you select a package (covering the room rental and a number of things to break) and are shown into a confined space where you are encouraged to shatter, beat and obliterate your chosen items to your heart’s content.

You’ll get a certain number of items — provided on-site — depending on the package you select. For the one-person “Basic Busting” menu item, for example, you select six small items (think mugs, bottles and figurines), four medium items (such as ceramic tchotchkes and larger dishes) and two large items (electronics and wall art). There are premium items as well, available in some of the larger packages or as a $15 add-on — televisions and computer monitors, mostly.

When the process began, it still felt more like an exercise in sanctioned transgression; I chucked an empty bottle at the ground and swung through a coffee mug with an aluminum baseball bat. But after a few minutes, I saw one of my companions start to wail repetitively on an ancient computer monitor.

She wasn’t actually making much progress with this volley of blows; her crowbar was bouncing off the hard plastic shell of the former Mac. Why pound with such vigor without result, I wondered?

Then I tried the same approach and understood.

It feels really, really good to just unload on an inanimate object.

Your best bet is to gather a posse and opt for the deluxe version. It’s a bit steep at $120 (bring a quartet and split it to $30 apiece, I’d say), but you’ll receive enough ammunition to keep swinging for quite a while. With a group outing, you can also pitch smaller items to one another for midair annihilation — perhaps the highlight of the experience.

While Break Room does supply safety gear — thin, protective jumpsuits along with heavy gloves and masks — it should be stipulated that this is not an activity without risk. No customers have been hurt to date, but you are asked to sign a waiver before you participate. It’s a room full of shattering glass and flying shards of ceramic; while I and the three companions I brought to Break Room emerged unscathed, it’s not hard to imagine a scrape or cut befalling a participant. (I’d point out that you’re probably in more danger ice skating — but still, there’s something about all that shattered glass that feels intimidating.)

Some hesitation about the risk aside, though, this is a remarkably enjoyable experience, both as an unconventional night-out and, yes, as a form of therapy. Perhaps my favorite of Break Room’s offerings is its cheapest: A sort of happy-hour offering, where patrons are invited to stop in on the way home from work and quickly smash a stack of plates for $10.

Ten bucks to unleash some of the day’s anxiety on unsuspecting dishware? If Break Room were on my route home, I’d stop in twice a week.