'Enemy of the State'

The lyrics are the message from this life-long social activist, who lived in Ingomar. 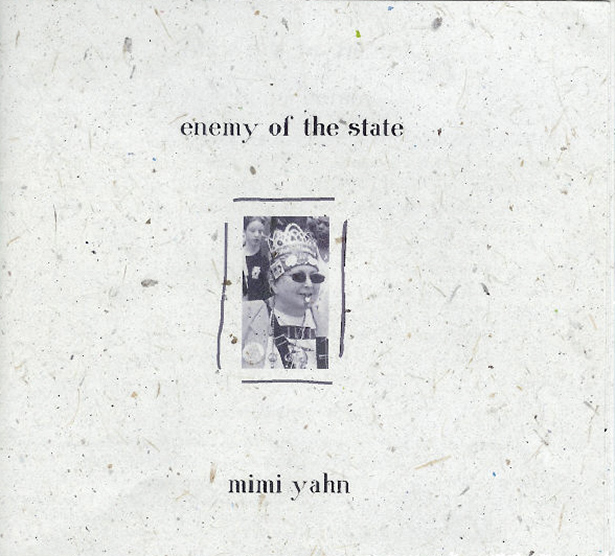 Singer/songwriter Mimi Yahn also intends to move people with what she feels and believes. From the title of her CD, Enemy of the State, you can tell she’s out-front with how people may perceive her.

The lyrics are the message from this life-long social activist who lived in Ingomar but recently relocated to Vermont. The melodies are the medium and, though her voice does not resonate with beauty, what she wants you to hear comes across loudly and clearly. She never assails you with hard-breathing anger, but can sound gentle and tender or bluesy, expressing herself through folk and country tunes.

Sometimes Yahn sings a cappella; other times she’s overdubbed or, in one track, joined by four other singers. Meanwhile, Wilkinsburg guitarist Doug Wilkin backs her up all over such wide-ranging territory. In the entertainingly, cleverly illustrated lyrics and comments, you’ll find that she’s got plenty of issues in mind.

Yahn created her own music and words for six of the songs plus verses for five others. She also reinterprets "Joe Hill," a well-known labor-movement song by Alfred Hayes and Earl Robinson. Corporate chicanery, government ineptitude, pollution and war are all topics she takes on. Then, the possibility of peace wraps up the set.

From 2002-09, Yahn was the musical director of the Pittsburgh Raging Grannies, a group of older women that uses song to raise public awareness of global peace, justice and social and economic equality. So don’t be surprised if you find that the self-described satirist makes you laugh.

Obtain a copy on her Facebook page or e-mail her at oppofyouyou@gmail.com.

This article appears in the August 2010 issue of Pittsburgh Magazine.
Categories: Arts & Entertainment