Encouraging Start Only a Start for The Steelers

The season's first two victories were notched against mediocre competition. Eventually, the degree of difficulty is going to ratchet up considerably. 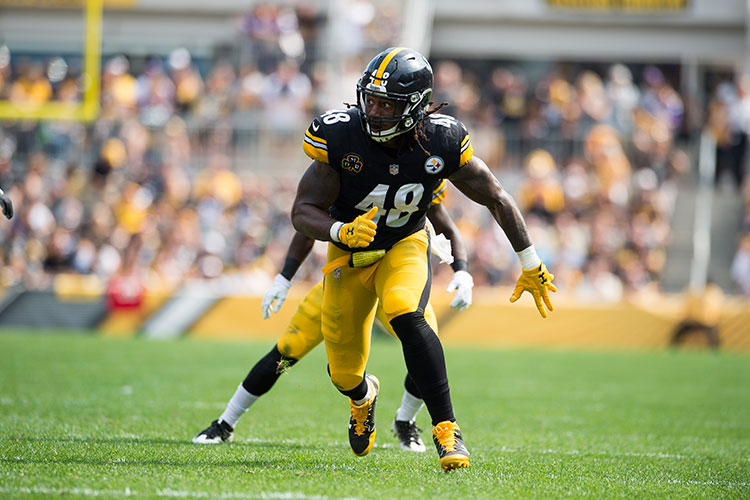 The Steelers have checked all the boxes through their 2-0 start, at least according to outside linebacker Bud Dupree.

The asterisk attached to all of that positivity is the opponents haven’t been good.

And that makes the Steelers’ early-season success much more relative than anything else.

The Steelers have done what they’ve needed to do so far.

They’ve won a couple of games to open a campaign that admittedly began –– Dupree’s exuberance aside –– with the offense, defense and special teams all in various stages of development.

But the victims so far include a Browns team that won one game last season and is being quarterbacked by a rookie this season, and a Vikings team that had to play its backup quarterback, Case Keenum, rather than its accomplished starter, Sam Bradford.

Dupree, admittedly, didn’t even know at first that Bradford wasn’t playing last Sunday, not that such a misperception was a hindrance to either the enthusiasm or effectiveness Dupree brought to his 2017 debut.

It was a little more complicated than that, but that said beating the Browns and Vikings didn’t require the defensive equivalent of rocket science.

Eventually, the degree of difficulty is going to ratchet up considerably.

But that won’t happen this Sunday in Chicago.

The Bears are 0-2 and have seemingly been equal parts injured and inept in continuing what has become a tradition under head coach John Fox (they’re a combined 0-8 in September in Fox’s three-season tenure).

The Bears are coming off a 29-7 drubbing in Tampa that can best be described as uninspired.

And the Bears are expected, sooner rather than later, to hand the keys to the offense to rookie quarterback and first-round pick Mitchell Trubisky.

These aren’t “Da Bears” in the tradition of Coach Ditka.

So there’s not much tangible for the Steelers to accomplish in Chicago, other than to win another game.

They’ll hope to continue making individual and collective progress as intended while doing so, but we still won’t be able to accurately gauge how much progress they’ve actually made.

We might not be able to the following week in Baltimore, either.

Or the week after that against Jacksonville.

The schedule is such this season that winning early isn’t necessarily going to shed any significant light on the Steelers’ perceived ability to keep winning when they travel to Kansas City on Oct. 15, or to Detroit on Oct. 29, or when they host Green Bay on Nov. 26, or New England on  Dec. 17.

Their ability to continue stacking Ws as they continue to develop looms as revealing, particularly in a potential trap game such as the one the Steelers are about to play (they’re more than a touchdown favorite on the road against a struggling non-conference opponent with a division rival on the other side).

But defining is down the road a ways.

The Steelers will get to that type of game eventually, and they intend to be ready when they do.

But the last thing they want to do in the meantime, apparently, is peak too soon.

“Anybody that’s on and clicking right now might fizzle off,” guard Ramon Foster suggested. “Our goal is to be on the way up.”

“On” and “clicking” aren’t things the Steelers are in danger of being accused of doing just yet.