Foster Love Project, a nonprofit that provides new or gently used items to foster children, is celebrating its first anniversary in its permanent home in Dormont. 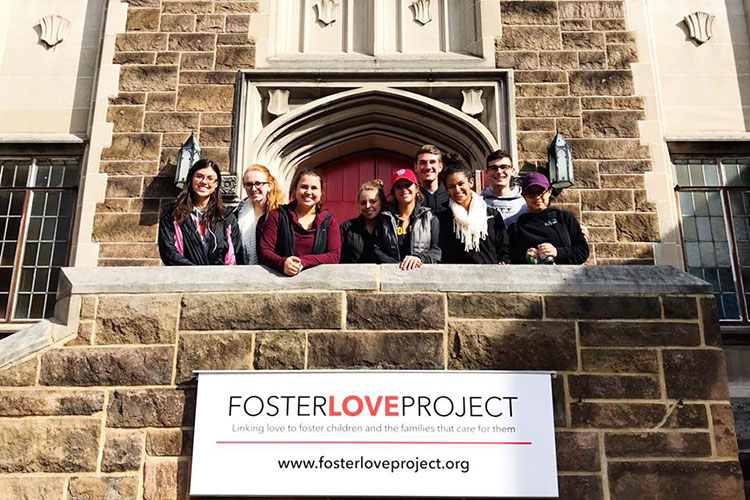 When foster parents get a call asking if they’re able to take in a new child, it’s often a rush to prepare for the child’s arrival.

That’s where Foster Love Project (fosterloveproject.org) comes in. Started in 2014 by Kelly Hughes, a foster parent herself, the nonprofit provides new or gently used items that have been donated to children coming into a new home. 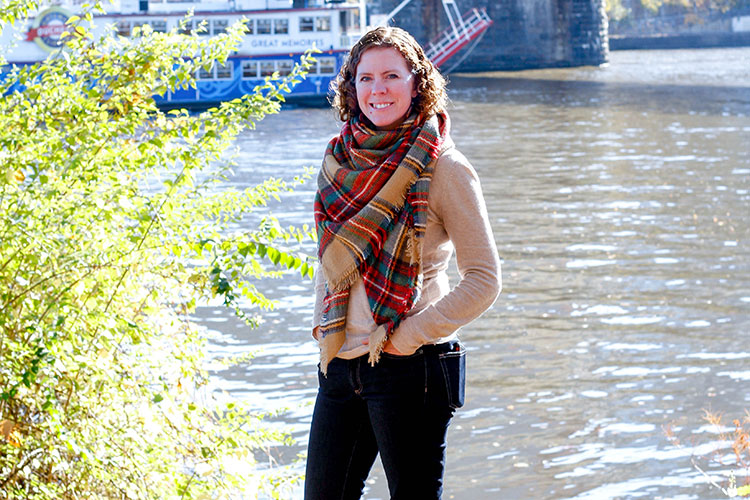 “Our mission is love and dignity for these kids that have a lot stacked against them and are usually in the system through no fault of [their own. We try to] give them the support they need to thrive,” Hughes says.

This July, Foster Love Project is celebrating the first anniversary of its distribution center in Dormont, which has enabled the organization to have a centralized place for donations as well as a spot kids can come and shop themselves, which has been empowering for everyone involved. 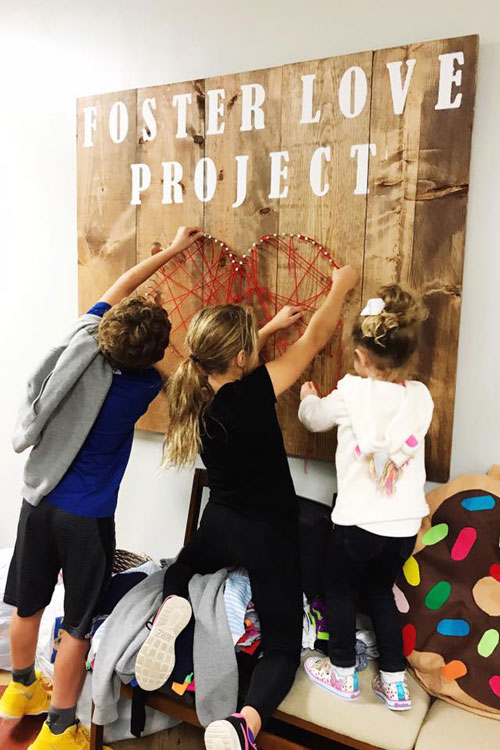 Volunteers and shoppers are asked to add a red string to the board in the distribution center as they come through, creating a collection of entwined hearts | photo by Kelly Hughes

“It’s been really amazing to see,” Hughes says. “In less then a year of being open, we’ve had hundreds of kids come through our doors and leave with full arms. It’s really hard that those numbers are out there, but we’re really thankful — we’re the only resource like this in our region.”

Foster parent Robin (who asked that her last name be withheld to protect the identity of her foster children) knows Hughes through the OrphanCare ministry at Northway Christian Community in Wexford and has watched Foster Love Project grow from a bag drive (originally, Foster Love Project would collect bags filled with toiletries and basic clothing for kids going to a new home; it still holds these drives periodically) to an established nonprofit. It’s also a service she’s used for her own four foster children, two of whom she’s adopted.

“As we’ve had more placements come in and out of our home, it’s been really great to go here and get whatever we need instead of keeping every possible thing we may need for any possible scenario in our home,” she says. “It’s been an invaluable resource.”

Hughes says since its opening, the shop has been inundated with donations. While they do keep a running list of needed items on their website and on an Amazon wish list, what they need most are volunteers to help sort items and assist kids when they come in to shop.

“Our goal is to give a place of support,” Hughes says. “We’ve had foster families say, ‘I said yes to a placement because I knew there was a place I could get the support for adding another foster child to our home.’”