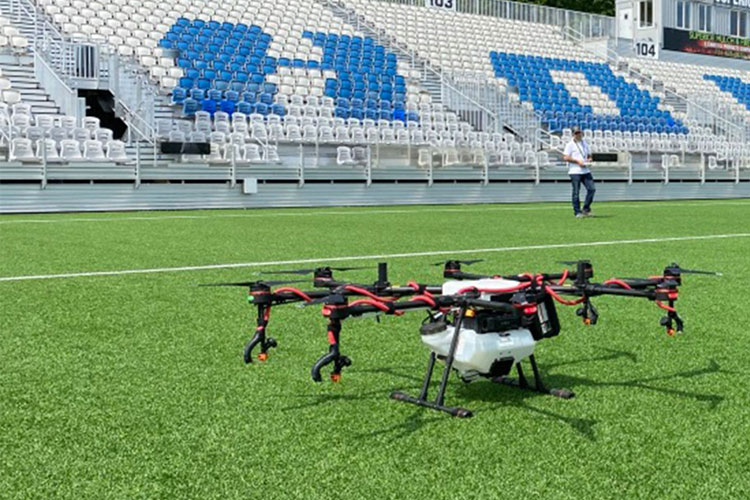 With sports fans eager to return to stadiums and watch their favorite teams in person, a  Wexford company may have come up with a faster and more efficient way of disinfecting large stadiums and arenas by using an electrostatic drone.

Aeras Fog Co. — founded by entrepreneurs Nick Brucker, Justin Melanson and Eric Lloyd —  has developed a 50-pound MG1S drone that they say can sanitize an entire stadium in less than three hours. Brucker says the company was formed this spring as a solution to get people back to sporting events, concerts and parks in the safest way possible.

“There’s always an element of human error whenever you have individuals or employees who are [sanitizing] the sections,” Brucker says. 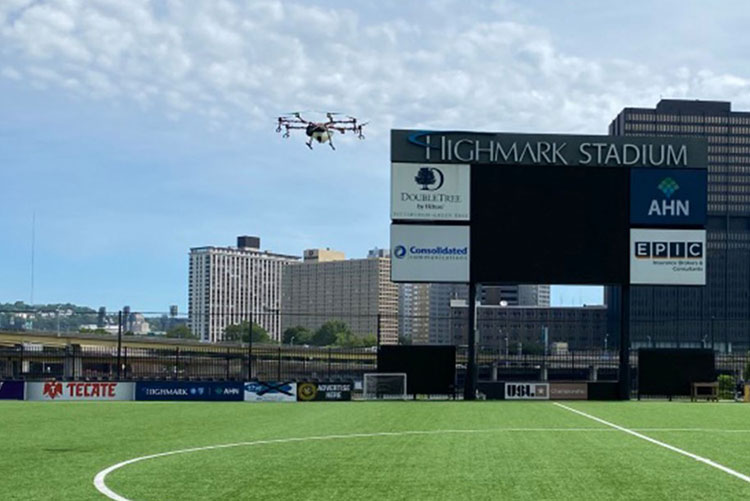 Brucker says the drone is able to spray the entire bowl of the stadium, including the field and turf, as well as tougher areas like railings, handles and seats. The drone is monitored by a pilot, but it is able to fly autonomously once its flight path is predetermined.

Aeras Fog has already completed several demos, including at Highmark Stadium. Brucker says the company is talking to solution providers that use disinfectants that can kill COVID-19 and are approved by the CDC.

“While we are not the provider of the solutions used, all the disinfectants we have access to can withstand environmental conditions and are CDC, FDA and EPA approved,” Brucker says.

The company still needs approval from the Federal Aviation Administration to spray the disinfectant from the drone.

See how it works in this promotional video provided  by Aeras.