Eco-Friendly and Better Than a Chainsaw: Goats At Work

A section of Frick Park gets a makeover courtesy of some hungry goats. 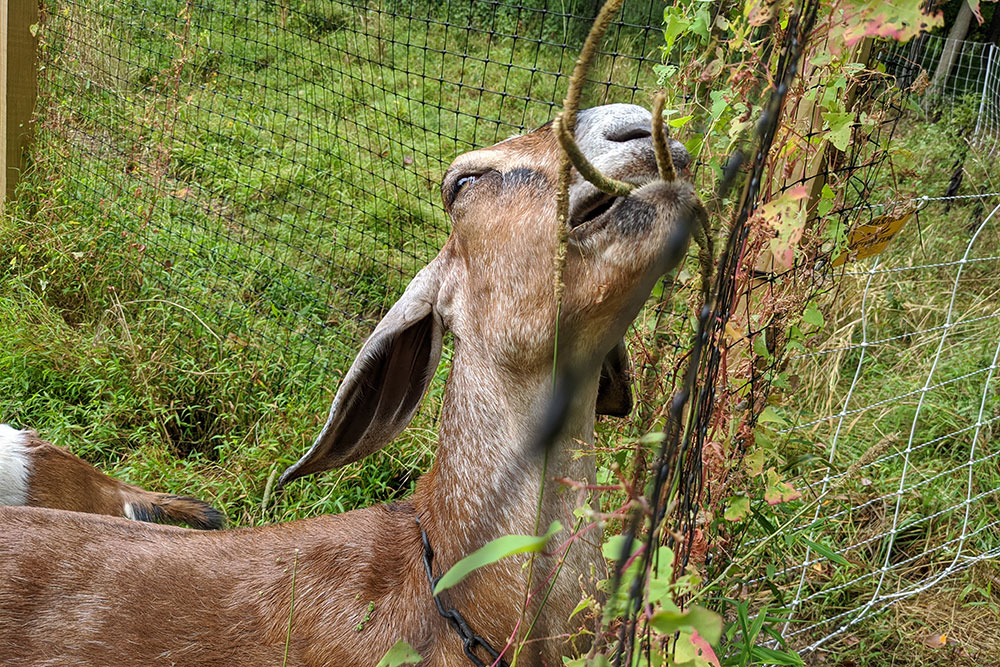 Landscaping is a tricky and exhausting business. Unless you’re a goat; in that case, it’s just lunch. (And dinner. And breakfast.)

Last week, a team consisting of 11 goats and one donkey from Allegheny GoatScape reported to Frick Park. Their mission: To clear a patch of Clayton Hill, a hilltop idyll in the sprawling park, which had been overrun by bush honeysuckle and other invasive plants.

The goats clear the land the (very) old-fashioned way: By eating the plants. “They’re a biological tool that we can pull out of the closet,” says Phil Gruszka, director of horticulture and forestry for the Pittsburgh Parks Conservancy. 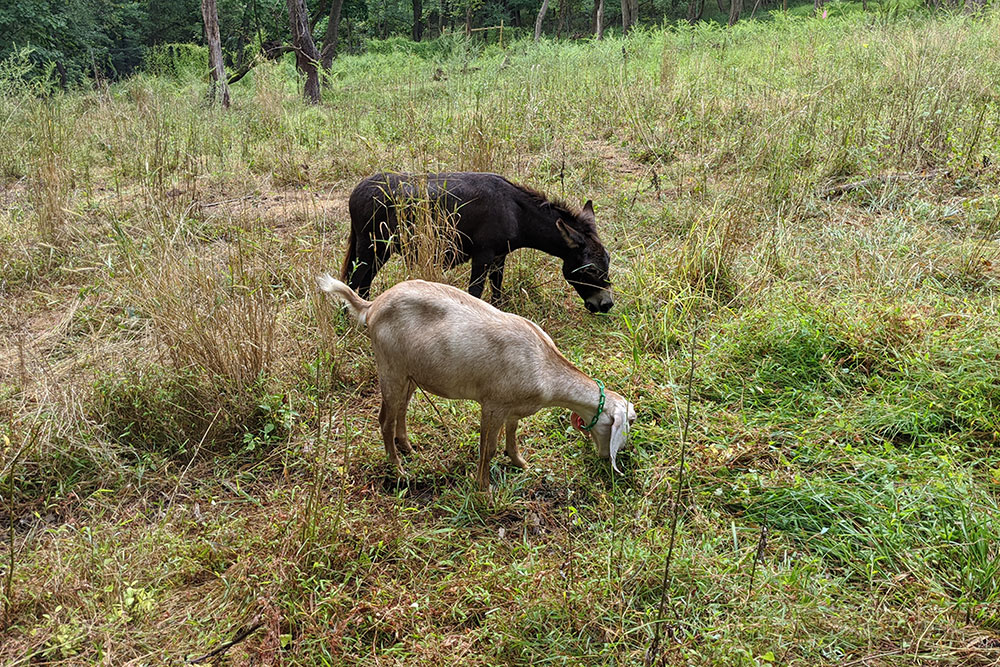 Gruskza says the level of growth in the area was beyond effective human control. “The bush honeysuckle was so large and so thick,” he says. “It had taken over. We, physically, could not go in there and cut it all down with chainsaws.” That meant a biological solution — and goats are an entirely eco-friendly solution. “We haven’t used pesticides in city parks in five years,” Gruskza says.

The goats will continue to devour the plants at the current site for about a month. Very little prep work is necessary, Gruskza says; they don’t even need to cut the tops of tall plants, since “these goats are able to stand up on their hind legs.” The donkey, meanwhile, serves as the goats’ security detail; Gruszka reports that the donkey has already chased off some interloping deer. 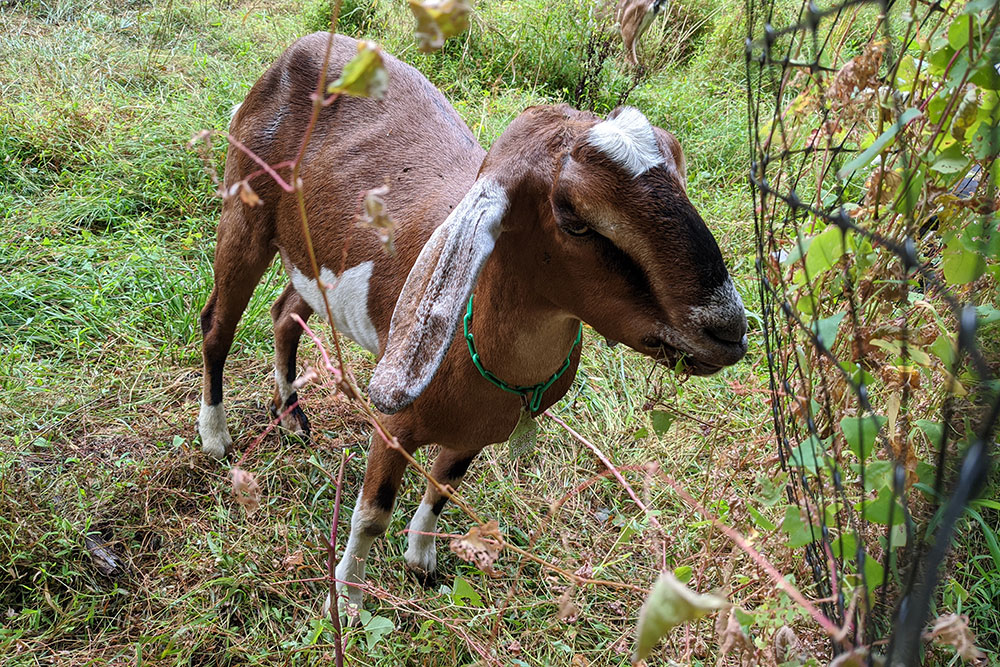 Those searching for the four-footed crew should park near the Frick Environmental Center. Pass the center (on your right) and continue straight up the dirt path ahead; after a few minutes of walking, you should reach the waist-high fence around the goats’ work site. The goats will be happy to greet you — “The goats are very social, so they come up to the fence,” Gruszka says — but visitors should note that the fence is electric, so no attempt should be made to cross it or pet the goats.

Obviously, there’s no need to feed them, either; they have plenty to eat. It’s their whole job.