Eaten, not Stirred: Why Food Bars Are All the Rage

Many couples are attracted to the freedom, interaction and customization food bars can bring to a wedding. 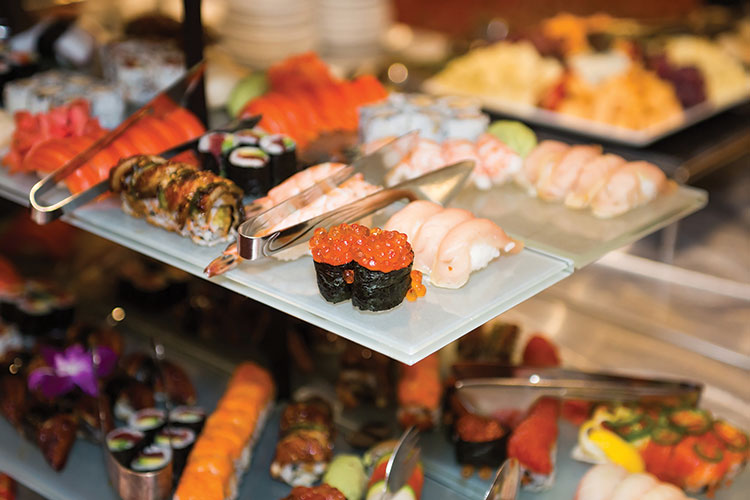 Open bars at weddings have taken on a whole new meaning. Newlyweds are becoming liberated from the traditional sit-down reception dinners that limit options to “chicken or fish,” turning instead to food bars to feed hungry friends and family.

Katherine Shaw — owner of Calla Events, Design & Travel in Wexford (callaeventdesign.com) — says these stations can connect to wedding themes and add an element of variety for both guests and couples.

“Guests are able to try many different foods and may eat more of what they like and less or none of what they do not,” Shaw says. “Food bars enable couples to incorporate more of their favorite foods and allow for a variety of specific ethnic flavors, preparations and presentations to celebrate family culture at the reception.”

Options for wedding guests go beyond entrees. As Kimberly Allera of Hello Productions (helloproductions.com) in Lawrenceville says, food bars can be used for snacks and desserts.

Local couples have caught on to the food-bar craze. 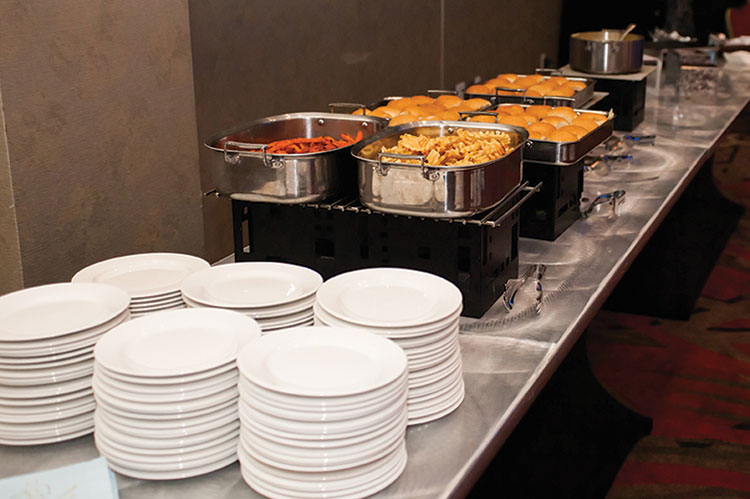 Dinner.
Stephanie Lardin and Steve DeLucia hosted their reception on Sept. 6, 2015 at The Terrace at Hyatt House on the South Side. They offered guests a chance to mingle as they jumped from the salad bar, Pittsburgh-themed food station — full of pierogies with truffled shallots and mini capicola sandwiches with fries and coleslaw — and a “Southern comfort” station, which included sweet-potato biscuits, chicken and waffles and fish and chips.

Emily Mallit and Michael Kryger — who married on Oct. 10, 2015 — wanted guests to be able to enjoy a hearty, satisfying meal of a burger and fries within the splendor of the Wyndham Grand Hotel King’s Garden Ballroom. Guests could stop at the self-serve slider station, which offered beef, turkey and chicken burgers, before moving on to customize a perfect plate of French fries for a late-night snack. That station included waffle and sweet-potato fries with cheese sauce, ketchup, green onions, jalapenos and dressings available as toppings.

Hoping to bring a feeling of Southern comfort up north during their wedding on Sept. 25, 2015 at the Historic Summit Inn Resort in Farmington, Kristina Skraitz and Bryan Rossin included a mashed-potato bar and a mac-and-cheese bar at their reception. The mashed-potato bar — which featured butter potatoes, sweet potatoes and traditional mashed potatoes — gave guests the opportunity to indulge in such toppings as chives, bacon and sour cream. 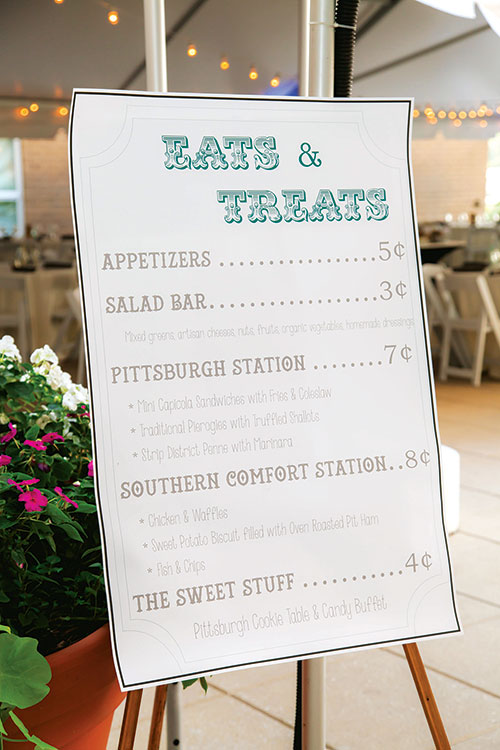 A World’s Fair-themed wedding and an ice cream maker invented after the ice cream cone debuted at the World’s Fair in 1904 are a match made in matrimony heaven. Aire Plichta and Matt Reese wanted to incorporate ice cream — one of Matt’s favorite foods — into their reception on Sept. 19, 2015 in the Cathedral Room of St. Nicholas Greek Orthodox Cathedral. They also sought to highlight the Pittsburgh tradition of the cookie table. The result? An ice cream sandwich bar. Guests could pick out two cookies of their choice to be made into an ice cream sandwich featuring Leona’s Ice Cream. The couple used this twist on the cookie table instead of a wedding cake.

Brittany St. John and Rohit Phatak wanted to ensure their family and friends were involved in their reception on Sept. 26, 2015 at the Doubletree by Hilton Downtown. Inspired by Pinterest, a DIY candy- and dessert-bar was born. Relatives helped to contribute more than 75 types of desserts, 20 candies and a gourmet coffee station for this self-serve bar. 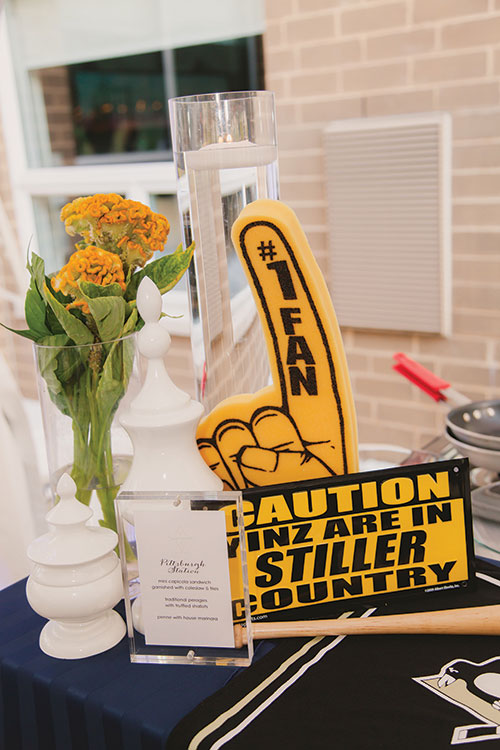 Snacks.
Sometimes dinner is not enough to satisfy hungry party guests if the reception goes on long into the night. Recognizing this, some couples included food stations before or after the main course as well.

Rather than have a traditional Pittsburgh cookie table, Abbey Helbling and Justin Parrish — who married on Oct. 10, 2015 at the Sheraton Pittsburgh Hotel at Station Square — enlisted The Pittsburgh Popcorn Company to provide a popcorn bar for late-night snacks. Guests were able to scoop their own bags full of kettle, movie-theater and Wisconsin cheddar popcorn — plus they could take some for the road.

At their reception on Sept. 5, 2015 at Mansions on Fifth in Shadyside, Alissa Rudolph and Benjamin Verney offered guests a savory late-night treat: a table full of gourmet grilled-cheese varieties, including white-bread traditional, brie and apple, and gouda with tomato and avocado.

During the cocktail hour of their reception, the Krygers set up a sushi station. Assorted California rolls, avocado rolls, tuna rolls and more were available for party attendees. Wasabi, pickled ginger and soy sauce were provided as garnishes with seaweed salad as a side dish.