Eager to Please: The Flagship Bar of Morningside

Bulldog Pub is an inviting, friendly spot for a burger and a beer. 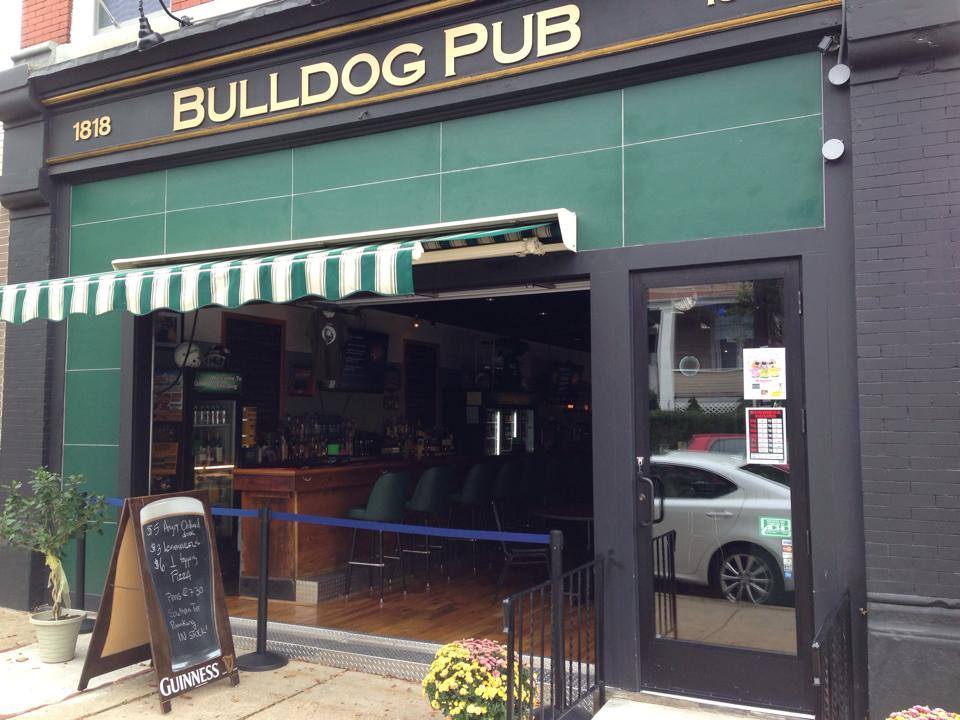 Most of our neighborhoods — to put it mildly — have a bunch of bars.

I know, I know: not news. Various recent studies have determined that Pittsburgh has the most bars per capita of any city in the country, and plenty have parrotted a claim (that I can’t verify, but whatever) that East Carson Street leads the world in bars per square foot.

Yet we have a handful of areas that claim one flagship bar — that is, a place that may not be the only place to get a drink in the neighborhood but definitely is the go-to for the locals. In Swisshelm Park, it’s the Pub In The Park. In Polish Hill, Gooski's.

And in Morningside, Bulldog Pub. The humble bar right in the middle of Morningside Avenue unquestionably is the neighborhood’s anchor and common meeting place (with all due respect to the well-attended VFW hall next door). Named for the area’s storied (and bygone) sandlot football team, the Bulldog also is a keeper of Morningside history, if in an unofficial capacity.

The pub is inviting and eager to please. Look no further than the bar-staple menu: a boatload of fried apps, wings, wraps, sandwiches and burgers (with a couple of salads thrown in for good measure) are the beginning and end of the offerings. If every menu has a philosophy, this menu’s is simple: You should fill up on your favorite comfort food, without going broke.

Fortunately, everything I tried was quite good. Contrary to popular belief, it is quite possible to screw up bar food; it takes skill to create familiar favorites without dipping too far into spice, fat and cheese as curealls. At the Bulldog, the sandwiches are stacked with fresh ingredients and honest flavor; I’d highly recommend sharing the “Big Dog” appetizer platter, stacked high with everything that we love to fry.

In a humble neighborhood like this, cold, crisp beer is the way to go, and a pleasing (if very limited) draft list will keep you sipping. Those who don’t mind a bottle will find much more selection; most craft-beer favorites appear in the cooler, along with a handful of imports (even high-end choices uncommon in corner bars, such as Chimay and Leffe).

More impressively, though, the bartender carefully and proactively guided an uncertain friend through a drink order; after asking her what she liked, he pitched a very specific creation that would suit her needs. It’s the kind of attention and spontaneity that’s equally uncommon in shot-and-a-beer joints and high-end places with carefully crafted cocktail collections.

The flipside: it’s very loud in the Bulldog, and more space would help. I’m not sure what the options are on the latter (real-estate details being unavailable to me), though it’s the kind of place that begs for a quieter second floor (like The Library) or an adjacent courtyard or beer garden (like Round Corner Cantina). On the former, I think the problem is acoustic; the bar was not particularly packed or uproarious when I visited, yet it was difficult to hear across the table. I’d say that if you’re looking for a quiet conversation or a peaceful reprieve, you might want to head elsewhere; this is a bar for back-slapping group outings or social solo trips for dinner while watching the game.

In other words, it’s an imperfect place. But what impresses me about the Bulldog is that it does so much to be welcoming, inviting and pleasing — generally the best bar it could be. Plenty of corner bars don’t feel any obligation to do so; with a captive audience, there’s a temptation not to try too hard. The Bulldog isn’t going to settle for that; it’s going to be the best neighborhood watering hole it can be. This is a proud neighborhood, and it has a fine flag-bearer on Morningside Avenue.