Electric-assist bikes can be taken on the light rail and on the Monongahela Incline. 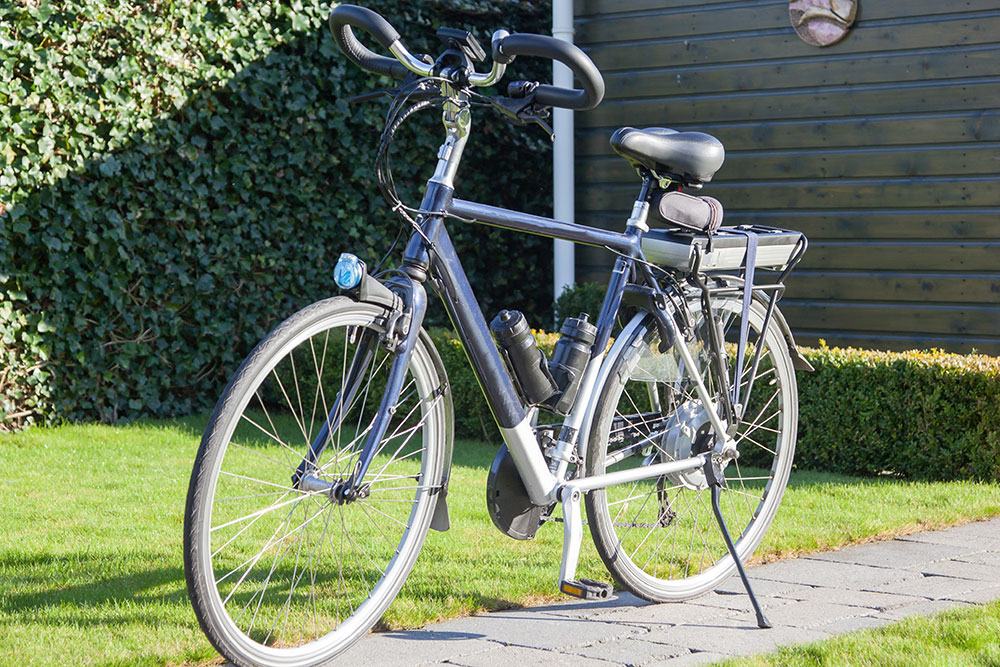 In a city with as many hills as Pittsburgh, a standard pedal bicycle might not have the oomph necessary to carry a rider up a road like Beechview’s Canton Avenue, the steepest street in the country, unless that rider has the calves of a god. But for the rest of the cycling population, a solution has been found in the form of electric-assist bikes, which are the same size as pedal bicycles, but have integrated electric motors to assist riders when they need a little boost.

On Monday, the e-bike community got a boost of its own; Port Authority announced that electric bicycles can be taken on all city transit vehicles beginning Wednesday, Sept. 1.

While the electric bikes could always be stored on the external bike racks on city buses, they were prohibited on the incline and light rail system because of concerns regarding fire safety and the electric batteries they use. But now, citing the “very slim chance” of the bikes actually catching fire, Port Authority will permit them on vehicles outside the Downtown area on a permanent basis.

On light rail cars north of the First Avenue Station and on the Monongahela Incline, they’ll be allowed on a six-month trial basis. The Port Authority wanted to test out e-bikes in confined areas that are difficult to escape in the event of an incident, like the T’s underground tunnels and on the hillside of the incline, before committing to a permanent policy. But if these next months go without incident, the e-bikes will be allowed there for good, too.

(The policy doesn’t apply to the Duquesne Incline, which is owned by a private company rather than Port Authority.)

The decision to allow the bikes on transit vehicles comes after a social media kerfuffle in July, when the Port Authority’s official account tweeted out, “Effective today, single-seat, 2-wheeled, battery-operated bicycles, or e-bikes, are permitted everywhere that traditional bicycles are allowed, including on bike racks, inside LRVs and in the Mon Incline. Bikes with oversized tires and any gas-powered bikes are not permitted.”

A month later on Aug. 20, the company tweeted a follow-up that read, “Correction: electric bicycles are not permitted inside LRVs [light rail vehicles] or the incline. Our operations and safety divisions have deemed them to be a potential fire hazard due to their lithium-ion batteries.”

The change in tone confused some people online, including the group BikePGH, which asked the Port Authority for evidence that the batteries posed a threat. A final follow-up tweet, posted on Aug. 30, formally announced that after engaging in dialogue with BikePGH, electric bikes would be allowed on transit vehicles after all.

“We’re really glad to have heard from so many people, particularly Bike Pittsburgh, after we recently reminded riders of our e-bike policy,” said Port Authority CEO Katharine Kelleman in a press release. “The original policy was crafted with our customers’ safety in mind. Since then, the construction, build quality, and safety of e-bikes have come a long way, and there have been very few if any incidents involving e-bikes inside public transit vehicles.”

The press release also stressed that e-bike riders will have to follow the same rules on transit as pedal bikers have always had to follow. On buses, the electric bicycles are only permitted on the bike racks; on light rail vehicles, only two per car are permitted at a time; at the Monongahela Incline, they can only be transported in the upper compartment; and regardless of vehicle, mobility devices used by individuals with disabilities always have priority.