Eds and Meds have positioned Pittsburgh as the city of the future. 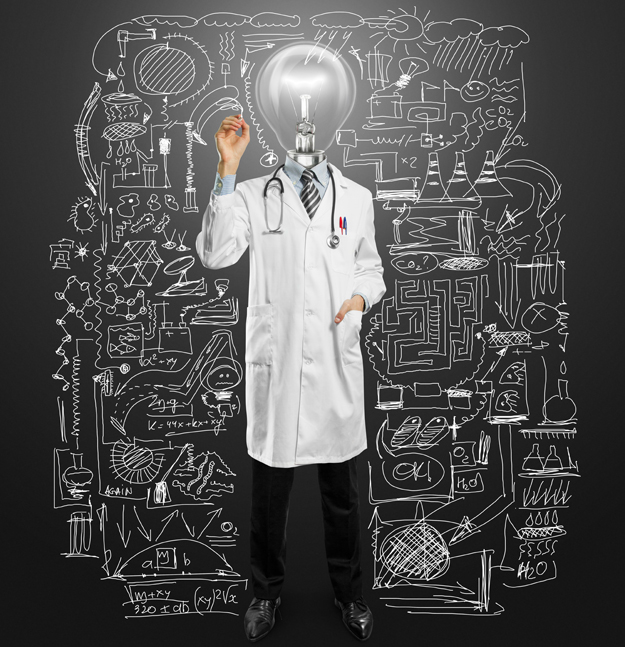 The 1980s were Pittsburgh’s dark-before-the-dawn moment. As steel mills declined and unemployment crested, the region suffered an identity crisis: If it were no longer a brawny industrial giant, what strengths did it retain?

The answers were hidden in plain sight. Side by side, the University of Pittsburgh and Carnegie Mellon University, two modest urban campuses, were laying the cornerstone for an economic makeover. Instead of hot metal and brute strength, its raw materials were intellect and ambition. Throughout the past 30 years, the universities helped forge growth through discoveries in health care, translational research and information technology.

Two key events of the ’80s catalyzed the transformation: In 1981, Dr. Thomas Starzl joined the University of Pittsburgh School of Medicine, discovering new organ-transplant therapies that revolutionized the field. Five years later, Pitt and CMU professors, backed by local powerhouse Westinghouse Electric Co., applied for funding from the National Science Foundation that would allow them to become one of the nation’s first supercomputing centers.

Alan Russell rarely looks back. But the founding director of the McGowan Institute for Regenerative Medicine, established in 1992 at Pitt, believes that, in retrospect, those two events laid the foundations for a new economy. Since then, the region has replaced more than 150,000 manufacturing positions with 200,000 jobs in education and medicine.

“We were already a leader in transplantation [in the 1980s],” Russell points out. “With supercomputing and early collaborations with CMU, we [began] working across disciplines. We had the desire to become world-class. Now, the environment is world-class.”

The advances came from intense intellectual cross-pollination. From the McGowan Institute’s affiliation with Pitt to Google’s work with CMU, collaborations have made the region a global player, with a concentration of new, young brainpower. A recent study ties the metro area with Washington, D.C., for the highest number of 25- to 34-year-olds with graduate or professional degrees—more than one in five. Pittsburgh Economic Quarterly, a research publication at Pitt, also found that 48 percent of men and women in that age group hold at least a bachelor’s degree, earning the city a fifth-place ranking behind Boston, San Francisco, Washington, D.C., and Austin.

Cutting-edge research and other opportunities are also attracting the best international minds: Eighty percent of Pittsburgh’s immigrants are employed in higher-paid white-collar occupations, a ranking that leads the nation’s 25 largest metropolitan areas. Taken together, the rankings spell good news for the ’Burgh: The local and national jobs forecast calls for continued demand in engineering, information technology, health care and education.

In Pittsburgh, scientists collaborate across disciplines. That’s evident at the McGowan Institute, where stem-cell researchers, bioengineers and polymer chemists work side by side. The institute, a joint effort of Pitt and UPMC, builds artificial lungs and hearts; isolates cellular building blocks that trigger the body’s regrowth of bones, muscles and nerves; and has taken the steps toward growing human organs.

McGowan scientists have focused on adult stem cells and have proved they can be successfully used to re-grow a dozen key tissue types, including bone, nerve, muscle and fat. They have also zeroed in on a natural biological substance that’s dubbed the extra cellular matrix; when placed in patients, it acts as a scaffold that stimulates surrounding cells to produce the exact type of tissue required.

“The Pitt [School of Medicine’s] Department of Surgery was appointing engineers way back,” notes Russell. “There was a suggestion that people work together. We use slightly different tools to do the same thing, and it ties together beautifully.” Federal- and commercial-research efforts complement university projects. The thriving National Robotics Engineering Center, a unit of CMU’s Robotics Institute, is the world’s largest R&D organization in that discipline and it employs more than 100 workers.

Lenore Blum, a mathematician and computer scientist who directs “Project Olympus” (the CMU incubator for student start-ups), believes that robotics is a pivotal point for new collaborative efforts. “Take micro-robots,” she says. “They can be used in minimally invasive heart surgery or in disaster rescues. Robotic vehicle competitions have produced breakthroughs.”

Those new business opportunities have attracted Microsoft, Google and other major players to the city. They also result in fledgling companies nurtured by tech business-development groups. CMU now ranks second in the country in generating start-up technology businesses each year. There are other effective incubators, too: Pitt and CMU joined the Pittsburgh Life Sciences Greenhouse, a public/private partnership that assists entrepreneurs in bringing medical devices, therapeutics, diagnostics and other health discoveries to the market. Innovation Works, another partnership, concentrates on growing new technology companies.

“In terms of technology transfer [bringing new academic discoveries to market], Pittsburgh is one of the top-10 cities in the world. We do OK,” says Russell. The next generation of Pittsburgh brainpower is already here. In 2007, the last year for which data is available, six regional universities enrolled nearly 10,000 graduate students in science, engineering and health. They’re taking advantage of nearly $817 million in federal R&D funding, which continues to rise: University research budgets grew 21 percent from 2004 to 2008.

Scientific discoveries are also broadening Pittsburgh’s tech sector. Beyond work in life sciences and information, which comprises more than 4,400 companies, advanced manufacturing and materials—from process controls to nanotechnology—are making gains. A base of expertise in environmental technology, honed as the region attacked its post-steel cleanup, has launched more than 1,500 companies providing remediation equipment and consulting, according to the Pittsburgh Technology Council. Likewise, Pittsburgh’s long-term know-how in coal and nuclear power creates new opportunities on 21st-century frontiers: local firms are providing innovations for wind and solar power and natural gas extraction from the massive Marcellus Shale.

What does this mean to the average man on the bus? It means eavesdropping on some interesting conversations.

“On the bus route to East Liberty, you hear these great conversations on algorithms, on biology and so forth,” says Andrew Moore, director of the Google Pittsburgh office, which is in the neighborhood. “The area’s breeding professionals who think that way.”

This article appears in the August 2011 issue of City Guide.
Categories: Medicine and Health Features