Duquesne's Commencement Ceremony Was All About Fred Rogers 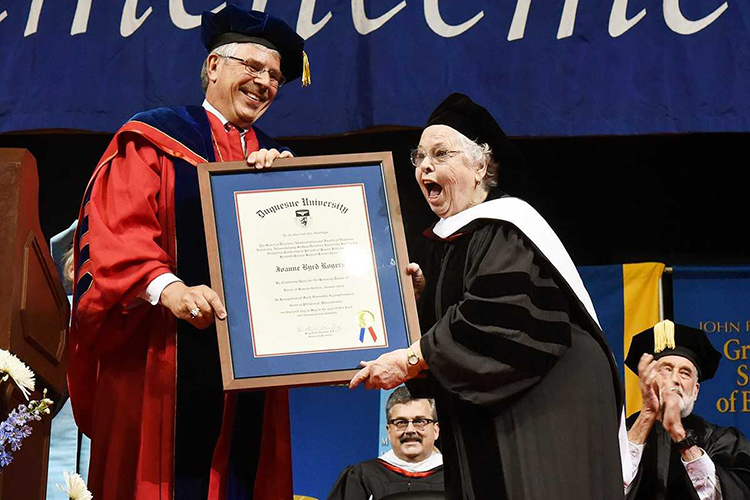 Though he couldn’t be there on Friday in person, Mister Rogers must’ve been at PPG Paints Arena in spirit. Two people close to him — his wife, Joanne Byrd Rogers, and Maxwell King, who wrote Fred Rogers’ biography — received honorary degrees at Duquesne University’s commencement.

King, formerly a director at the Fred Rogers Center for Early Learning and Children’s Media at St. Vincent College, is the president and CEO of the Pittsburgh Foundation.  His biography, “The Good Neighbor” is a New York Times bestseller. 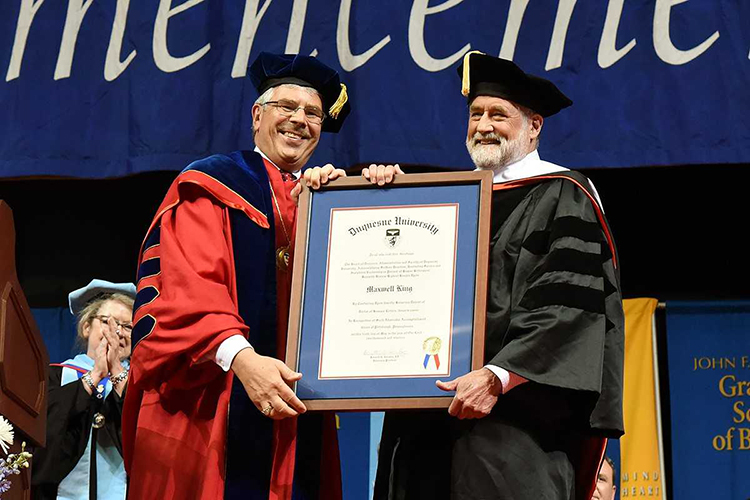