The program allows students from the university and nearby institutions without access to high-quality research labs to spend their summer working in labs on Duquesne’s campus. 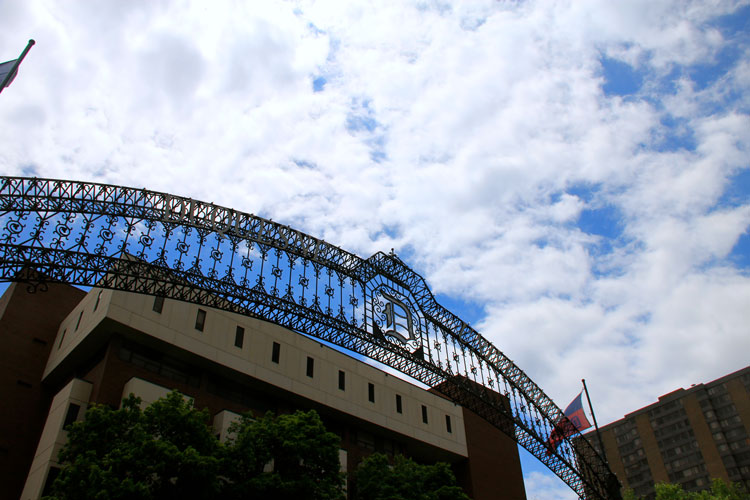 A record 75 students have taken part this year in Duquesne University’s Summer Undergraduate Research Program, an increase of approximately 30 students compared with previous sessions. The program allows students from the university and nearby institutions without access to high-quality research labs to spend their summer working in labs on Duquesne’s campus. It also offers the participants a stipend while they gain experience in a professional setting. A new part of this year’s program was the Pain Undergraduate Research Experience, which provided students at the schools of nursing, pharmacy, health sciences, liberal arts and sciences with pain research and pain clinical practice. The summer sessions began May 26 and will end July 31 with presentations by students and a keynote speech by Dr. Charles Kahle II, vice president of research and development, coatings and chief technology officer at PPG Industries.

West Virginia University’s recently approved undergraduate program focusing on public health is a natural introduction to its master and doctoral degrees in related fields. The bachelor’s of science program also is a natural response to a growing demand in the nation — as well as in the school’s region. “Establishing a bachelor’s program is the next step in providing a fundamental resource for understanding and facing the public health challenges in West Virginia and the 13 states of the Appalachian mountain region of the United States,” Greg Hand, dean of the School of Public Health, says in a news release. The major covers the five core public-health disciplines: biostatistics, environmental health sciences, epidemiology, health policy and management, and social and behavioral sciences. Applications will be open July 1 for the 2016 spring and fall semesters.

A premier political science journal has published a Thiel College professor's research on the relationship between religion and immigration. Marie Courtemanche, Ph.D., is an assistant professor of political science who worked with a professor from Israel and another from Turkey on the study, which was published in the May issue of American Political Science Review. The professors’ paper, “Religious Social Identity, Religious Belief and Anti-Immigration Sentiment,” examined how attitudes can change based on the identity of immigrants. The study was conducted among American Catholics, Turkish Muslims and Israeli Jews.

This article appears in the June 2015 issue of Great Minds.
Categories: Great Minds