The traditional Jain/Hindu ceremony was held in the grand ballroom of the Hyatt Regency (1111 Airport Blvd., Clinton Twp.; 724/899-1234, pittsburghairport.hyatt.com). The ceremony was coordinated by a priest from the Hindu Jain Temple of Pittsburgh. The groom arrived on horseback to be greeted by the bride’s family. The entire wedding was five days long, beginning on Aug. 30 and ending on Sept. 4, with more than 700 guests in attendance.

More than 4,000 cascading white lilies were placed onto the wedding stage, known as the mandap, and along the aisle leading up to it. White orchids mixed with various shades of orange roses and lilies created the table centerpieces for the reception. Arrangements were created by Mandap (1275 Bloomfield Ave., Fairfield, N.J.; 973/808-1232). 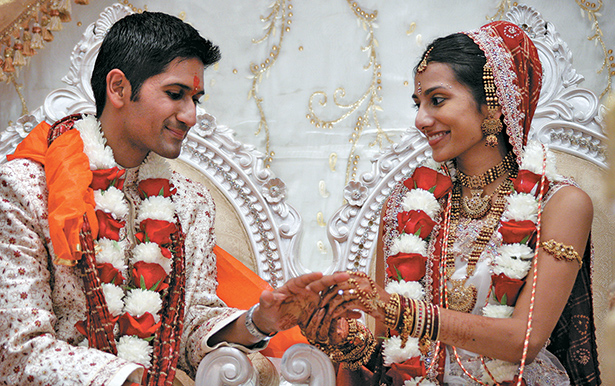 The bride dressed in eight outfits over the course of the five-day ceremony. Most of the traditional and contemporary Indian styles were custom-designed in India, along with coordinating sets of Indian jewelry. The dress for the reception was designed by Gorgeous Studios (1389 Oak Tree Rd, Iselin, N.J.; 732/404-0344).

The groom also had a variety of outfits throughout the weekend, in a mixture of Indian and Western styles. Like the bride’s, the groom’s clothing was custom-designed in India. His outfit for the wedding ceremony was designed and made in Iselin, N.J., by Gorgeous Studios. The black pinstripe suit worn at the reception was by Prada.

For these Steelers’ fans, the ultimate reception location was Heinz Field. The celebration was held in the West Club Lounge. Clear glass vases filled with pink-tinted hydrangeas and pale pink roses were surrounded by votives at the center of each table. 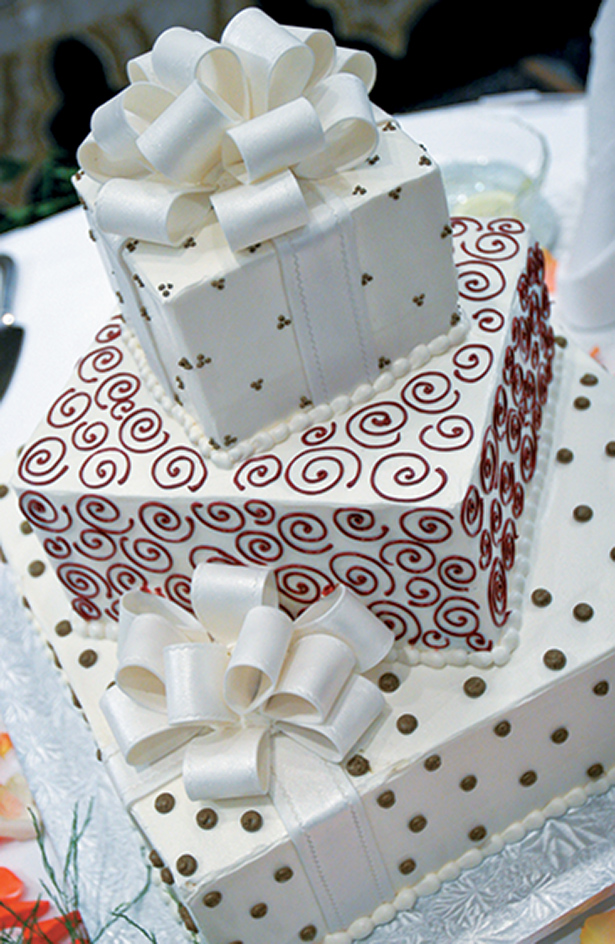 A diverse selection of both Indian and Western music was provided by DJ Goldy (917/592-3875, djgoldy.com) of New Jersey. The couple had their first dance to "I Could Not Ask for More" by Edwin McCain.