Drop the Puck (And Pick Up a Pint)

Watch the Penguins practice with a brew in your hand at Southpointe's BLVD Pub and Kitchen. 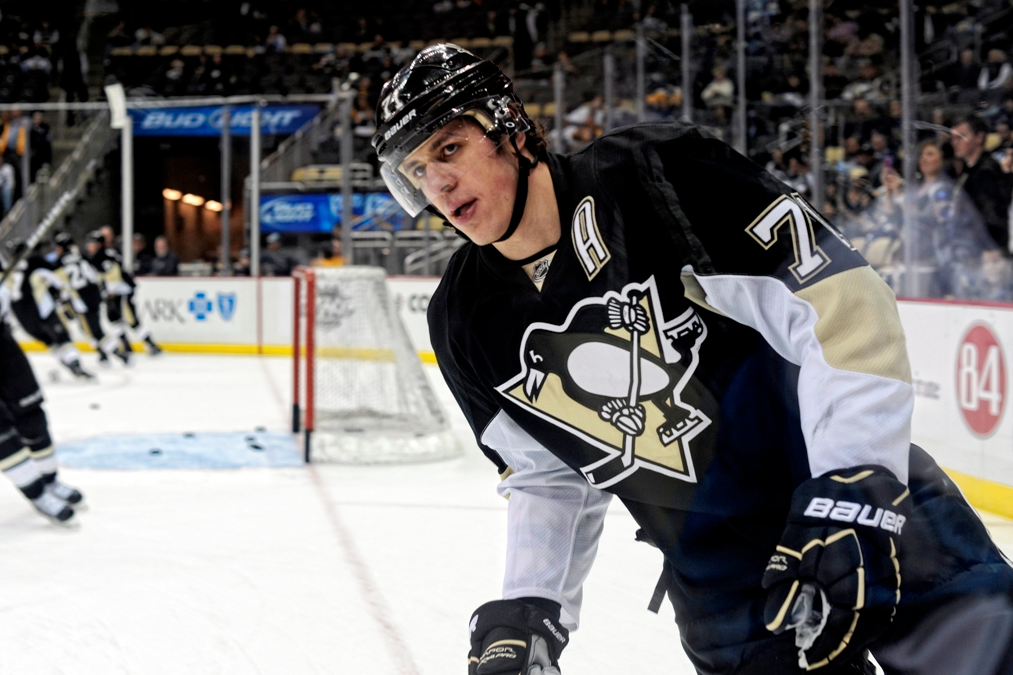 The long, dark autumn of our discontent has finally passed. The wait is over, the anticipation will end, the silence will break.

The puck will drop.

Yes, after the most protracted, juvenile, over-long negotiation process this side of Congress, the NHL and NHLPA have finally decided on terms conducive to actually playing some freakin’ hockey already.

And that means history’s shortest bout of Penguins training camp is upon us. Hockey’s warmup period doesn’t have the sun-soaked tranquility of MLB Spring Training — or the sweltering pilgrimage spirit of NFL Training Camp — but in a hockey-starved climate, there’s never been a better time to watch your Penguins frantically get into hockey shape.

The chief training facility of your Pittsburgh hockey club is the Iceoplex at Southpointe, an accommodating rink nestled into the endless residential and business sprawl of the upstart community to the South. From downtown, you can be at the rink in thirty minutes or less, pending traffic; and while the rushed schedule will mess with things, you can usually catch some action in the late morning and mid-afternoon.

Which, by my watch, means a lunch trip. Fortunately, you don’t have to pack a bag.

The BLVD Pub and Kitchen occupies the same structure as the Iceoplex, and it isn’t just down the hall; one (glass) wall of the restaurant actually looms over the ice itself. A long bank of seating runs right along that wall, so if Matt Cooke over-enthusiastically knocks a teammate into the boards during a scrimmage, you can be seated two feet to the right and six feet above that collision. It’s a fantastic view of the ice — great for watching shootout drills and scrimmages.

And odds are, whatever you like to eat while watching hockey is available. BLVD is a bar-food haven, with a long list of wings, pizzas, burgers, sandwiches, appetizers and more; there are a few traditional entrees and salads on the menu, too. I tried the Buffalo Bleu burger — pursuant to my lifelong weakness at all things Buffalo-flavored — and found it tasty and satisfying, without being overly filling.

Ask about beer specials — when I sat down for lunch, Yuengling drafts were only $2. Beer is the focus, though they have a martini and cocktail list as well; their mixed drinks tend a little too far towards the fruit-crazed, but it’s hard to mess up a Bombay Sapphire Collins.

Depending on when you visit, you may have to vie for one of the tables right along the glass; if you can’t manage to score one, though, you can order at the bar and sit at a slightly-higher bar stool overlooking the same part of the rink. All told, nearly every seat in the building has at least a partial view of the ice below. And if the Pens leave the ice, there’s an expansive area near the front of the building with pool tables and arcade games. A word of warning, though — perhaps due to the giant ice cube it hovers above, BLVD is usually pretty chilly. Wear your jersey.

It’s not a place that’ll break the sports-bar mold, but what more would you expect — or want? Grab a burger and a beer and watch the Pens. It’s about damn time.

Keep an eye on the Pens website for the practice schedule, which should begin sometime this weekend.

This article appears in the January 2013 issue of After Dark.
Categories: After Dark