Drink Your (Local, Organic) Whiskey — And Eat it Too.

A cocktail, a dessert and a video on Whiskey 101. Let’s drink to that! 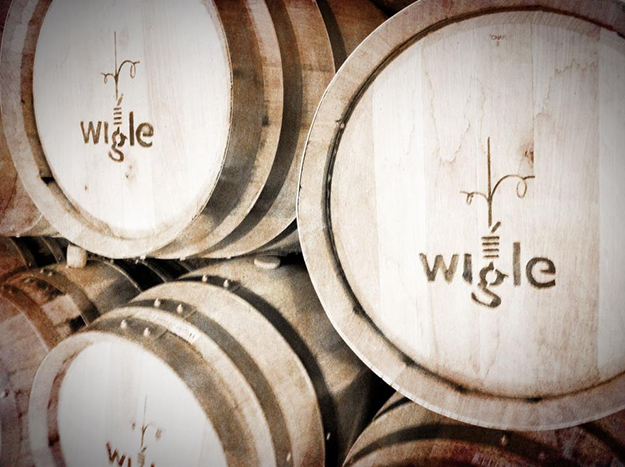 The Whiskey Rebellion is alive! The present turn, however, is not a protest against taxes levied to pay for war but rather to take a bit of our heritage back from Kentucky. That’s right. Western Pennsylvania used to be the Whiskey Capital of the United States as the Scotch-Irish settlers established distilleries that represented one quarter of all the distilleries in the United States. They produced stellar rye whiskey!

As that rebellion of the 1790s ended, however, George Washington and Thomas Jefferson introduced incentives that were essentially the first farm bills. Washington, one of the leading producers of whiskey in Virginia (you know, for the troops) offered the distillers incentives to move to Western Virginia. But it was Jefferson who tipped the scales when he offered 60 acres of land in Kentucky to anyone willing to produce the native crop, which was corn.

Many distillers took the deal and switched their grain from rye to corn, creating the bourbon boom — and in the process, relegating rye to second string.

But no more! Wigle Whiskey (named after one of the Whiskey Rebels) is leading the way. We here in Pittsburgh are the privileged few who can enjoy truly local whiskey, made right in the Strip District! This is definitely something worth raising a highball to. In fact, I’m so proud that we have such an intrepid claim to modern whiskey fame that I brag about it to the world in this travel series.

While craft distilling is in its infancy, it may well be following the rise of craft breweries (which, at almost 2,000 brewers, now represents over 5 percent of beer sold in the U.S.) Founded by the Meyer family, Wigle Whiskey is not only one of the few craft whiskey distilleries in the U.S. but one of a literal handful of whiskey distillers who (1) make whiskey truly from scratch – i.e. the grain (2) using only organic grains (3) that are sourced locally. Alice Waters would be drinking Wigle Whiskey if it was made in California, let me tell you.

I love whiskey. Ever since my friend Tony hosted a whiskey tasting and ever since Salt started making some magical concoctions, I was hooked. Other spirits can bite the dust. I even love modern moonshine – or “white whiskey” in its trendy incarnation. Whiskey fresh off the still, unaged.

So with that, I leave you with three gifts. A recipe for one of my favorite cocktails using white whiskey, a recipe for Wigle Whiskey-spiked Rice Crispy treats for the kids (just kidding) and a video with Wigle’s Meredith Grelli giving us the 101 on whiskey (and women – let’s lay off the Cosmopolitans – because you know “Sex and the City” went off the air a while back. Right?)

To make the rosemary simple syrup, heat equal parts water and sugar. Add sprig of rosemary for each drink. Let rosemary sit in syrup off of heat at least 1 hour. Remove rosemary. Shake all ingredients with ice and pour into martini glass and garnish with fresh rosemary sprig. 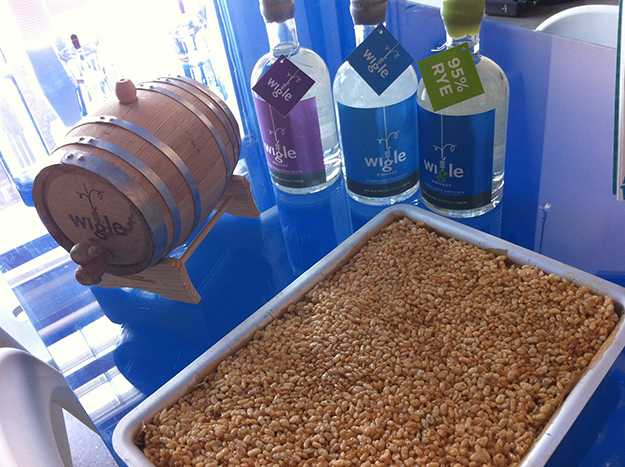 Melt spread in a large pan. Add marshmallows. When marshmallows are melted, add the whiskey. Working quickly, add the cereal and stir until evenly coated. Pour and press into a greased 13x9x2 pan. Sprinkle some rock salt on top and press into the crispies. Cool and cut into squares.