Drink Pumpkin Beer and Take in a Flick

Or, the truly adventurous will drink pumpkin beer and then go on a Haunted Pittsburgh walking tour. 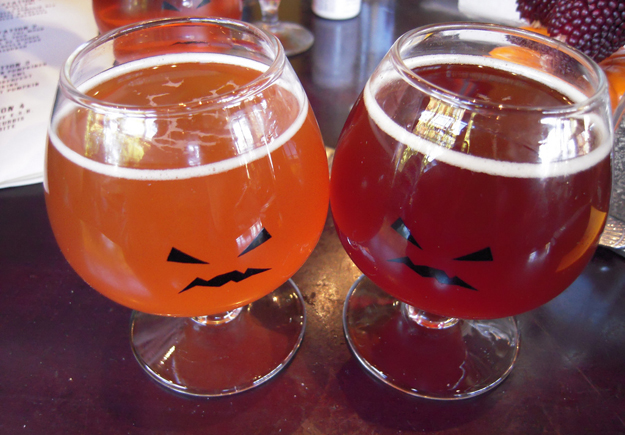 It's the Great Pumpkin (Beer), Charlie Brown
If you make something available once a year and only once a year, people will go nuts for it. Haunted houses. Marshmallow peeps. Shamrock shakes. If these—and any number of other seasonal delights—were available year-round, they’d barely be worth a second thought. But limit the supply, and suddenly people will track them down in a crowdsourced, tweet-fueled frenzy. So the month of October inevitably brings with it two beer varieties that send cases flying out of the distributors: Oktoberfest brews and the omnipresent pumpkin-flavored beers. After Dark has some direction for your brew hunt—plus, a worthy fundraiser with drinks, treats and more!

In Theaters this Weekend
New films coming to Pittsburgh this weekend include absolutely nothing horror-related. Way to capitalize on the holiday, Hollywood. Anyway, there’s: In Time, the sci-fi thriller and star turn for Justin Timberlake; Puss in Boots 3D, a spinoff from the Shrek series; and Johnny Depp returning to the Hunter S. Thompson well with The Rum Diary. PM Film Editor Sean Collier won’t be appearing on WDVE this week, so you’re on your own. Please do not interpret “you’re on your own” as blessing to go see Puss in Boots 3D, however.

More Events
'Chess': It's not your typical board game; at least not this time. This Broadway musical with a pop/rock score involves the top American and Russian chess players fighting for victory in the Cold War era. Be sure to catch the talented Pittsburgh Musical Theatre students' performance of this magnificent musical treat. READ MORE.

Haunted Pittsburgh Walking Tours: This weekend is your last chance to experience Haunted Pittsburgh. The Mt. Washington ghost tour features many locations, including the infamous haunted incline and the ghost who torments it. READ MORE.