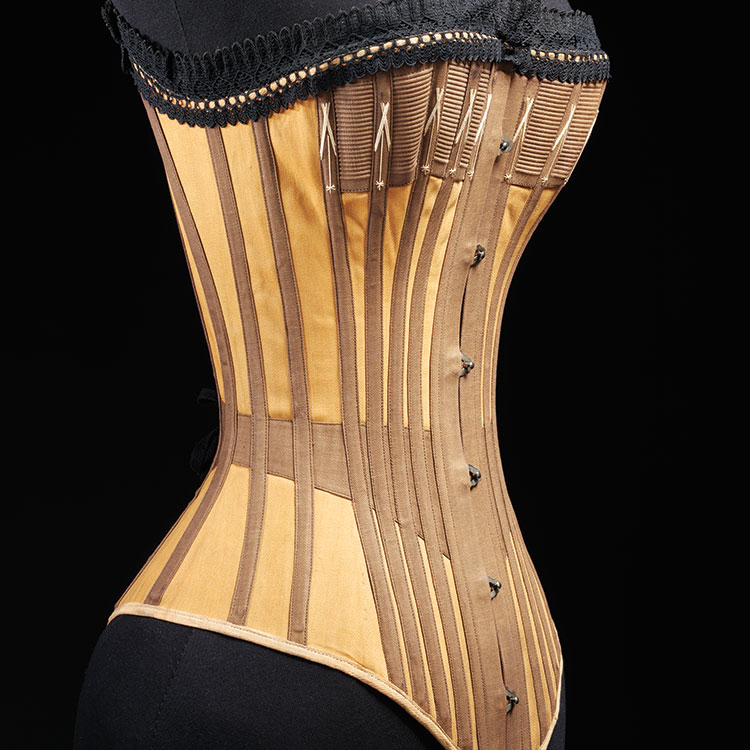 Christian Dior once said: “Real elegance is everywhere, especially in the things that don’t show.”

In art, it’s basically all or nothing in one particular area: The human form is either dressed or undressed — as in nude.

During all of my years of covering art, I’ve really never had to deal with anything else. Until now. Not to become pedantic, especially with clever language, but underwear seems to lie in that limbo between being dressed and undressed. While thinking about “Undressed: A History of Fashion in Underwear,” opening Oct. 21 at The Frick Pittsburgh, I had to imagine (with a blush) Michelangelo’s magnificent sculpture David in tighty-whities or Venus de Milo in a Maidenform.

“‘Undressed’ is the first major international exhibition to examine — or reveal — how fashion throughout history has been so reliant on what lies beneath,” says Frick Executive Director Robin Nicholson, noting wryly it’s a topic that “literally touches us all.”

Moreover, although generally out of view, this layer between skin and outerwear — as the show purports to teach us through more than 240 objects — serves as a mirror to reflect society’s evolving ideas about the body, sex and morality. We even learn about advances in science and technology along the way.

“I think visitors will be fascinated by the actual history of underwear — seeing it evolve through the exhibition from hidden, functional, really structural foundational garments to more naturalistic shapes, high-tech fabrics and streamlined forms — and a greater openness (no pun intended) in terms of making underwear outerwear,” says Sarah Hall, The Frick’s chief curator and director of collections. 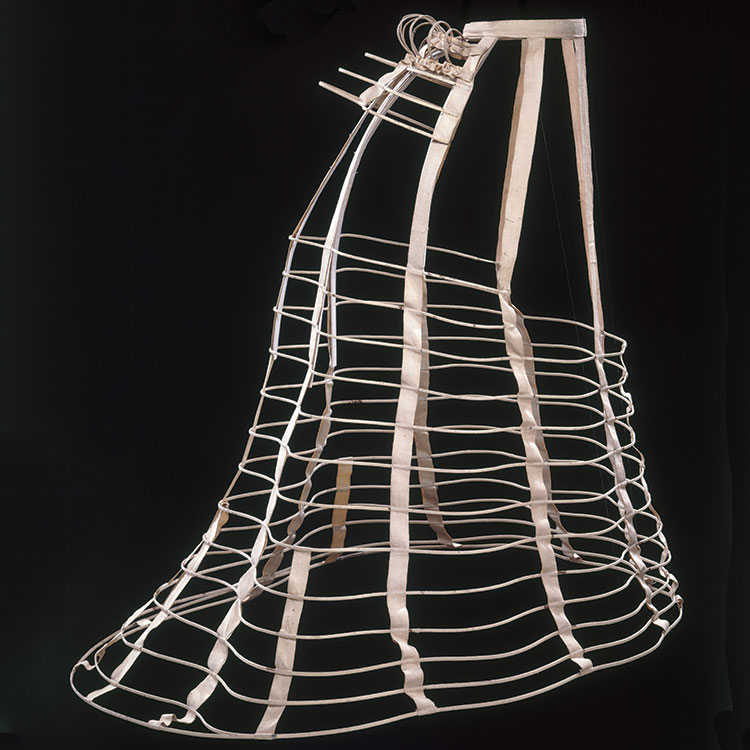 It isn’t exactly an art exhibition, but, in essence, “Undressed” asks us to consider underwear and other intimates from the boudoir as works of art. That perspective can’t be under-estimated at this exclusive North American presentation of a show originating at London’s Victoria and Albert Museum, which boasts having the greatest collection of historic costumes on the planet.

By the way: That’s Victoria, as in Queen Victoria, who might well have declared “We are not pleased” at such an immodest proposal. Ditto for Pittsburgh’s conservative Henry Clay Frick family.

With a timeline from the 18th century to today, “Undressed” is organized into various thematic components, including health and hygiene, support (bras and girdles), performance (for sports, pregnancy and extreme climates), hosiery, luxury lingerie, relaxation and loungewear, and areas with rather suggestive titles such as “revelation” and “temptation.” Manufacturers and designers included are contemporary couture stars such as Alexander McQueen, Elie Saab and Agent Provocateur.

Some of Hall’s favorites are a bright-red, paisley, goose-down filled petticoat (circa 1860) by Booth & Fox, black stockings with a sequined snake pattern exhibited at the 1900 Universal Exhibition in Paris, and an Elise Saaf lingerie dress from 2011.

“I really love the glamour of some of the pieces from the late ’20s and ’30s,” she says. “It makes the prevalence for sweat pants these days seem absolutely style-less.”
From a guy’s perspective, I found a jock strap (circa 1940s) owned by socialite and U.S. ambassador Anthony J. Drexel Jr. a peculiar curiosity, but some loose-fitting red-flannel drawers (circa 1900) look like comfy attire for hanging out in your Man Cave on a cold Pittsburgh night.

Jane Birkin, namesake of the Birkin bag, once said: “My mother was right: When you’ve got nothing left, all you can do is get into silk underwear and start reading Proust.”
Or, Jane, try this: Put down that copy of “À la Recherche du Temps Perdu,” get dressed, and head to The Frick for “Undressed.”