The “Father of Transplantation” created a pioneering medical center and a city transformed by medicine. 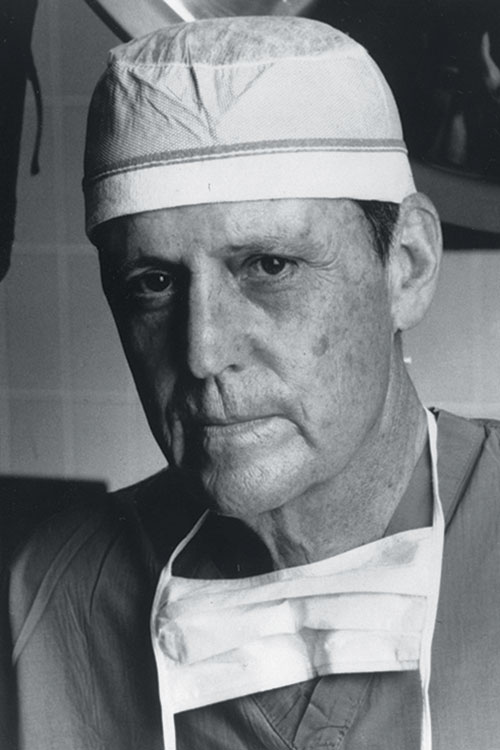 He was a pioneer of modern medicine. The awardee of more than 200 honors. A name that will be remembered perennially beside those of Louis Pasteur and Jonas Salk.

While the world will remember Dr. Thomas E. Starzl as the “Father of Transplantation,” Pittsburghers also will remember him as an adopted son who transformed the city into a place known for “eds and meds.”

​UPMC would become the world’s busiest transplant center — and grew from a group of three university-affiliated hospitals before Starzl’s arrival to a network of nearly 20 hospitals and numerous other facilities across the region and abroad, as well as a health-insurance provider. 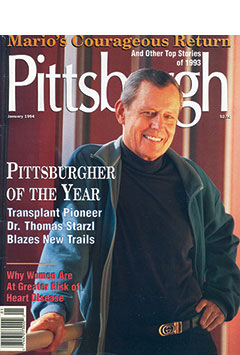 In 1994, Pittsburgh Magazine honored Starzl and the entire UPMC transplant team with its Pittsburgher of the Year designation. At that time, we referred to Starzl’s credentials as “mind-boggling,” ranging from his liver-transplant work to pioneering major new drugs for organ transplants. We also noted his role as one of the first full-time research doctors, serving as president of both the International Transplant Society and the American Society of Transplant Surgeons, and founding the Transplant Recipients’ International Organization, committed to education, support and awareness for transplant recipients and donors and their families. We quoted one of Starzl’s colleagues as saying that when the surgeon came to Pittsburgh in 1980, Pitt’s medical center was, at best, “second-rate.”

​UPMC President Jeffrey Romoff told the magazine at the time, “The University of Pittsburgh Medical Center has grown dramatically over the past 12 years” since Starzl’s arrival.

At Starzl’s passing, Romoff released the following statement: “Dr. Starzl’s pioneering work in organ transplantation set the standard for innovation and excellence at UPMC. An extraordinarily skilled and compassionate surgeon and brilliant researcher, he brought hope to the sickest of the sick, a legacy that we continue to build on today.”

This article appears in the May 2017 issue of Pittsburgh Magazine.
Categories: From the Magazine, Hot Reads, Medicine and Health Features