There’s more to do between downtown and Washington County than a drive south on Interstate 79 would suggest. From day trips to afternoon jaunts, this region has plenty to explore off the beaten path (sorry — the beaten highway). 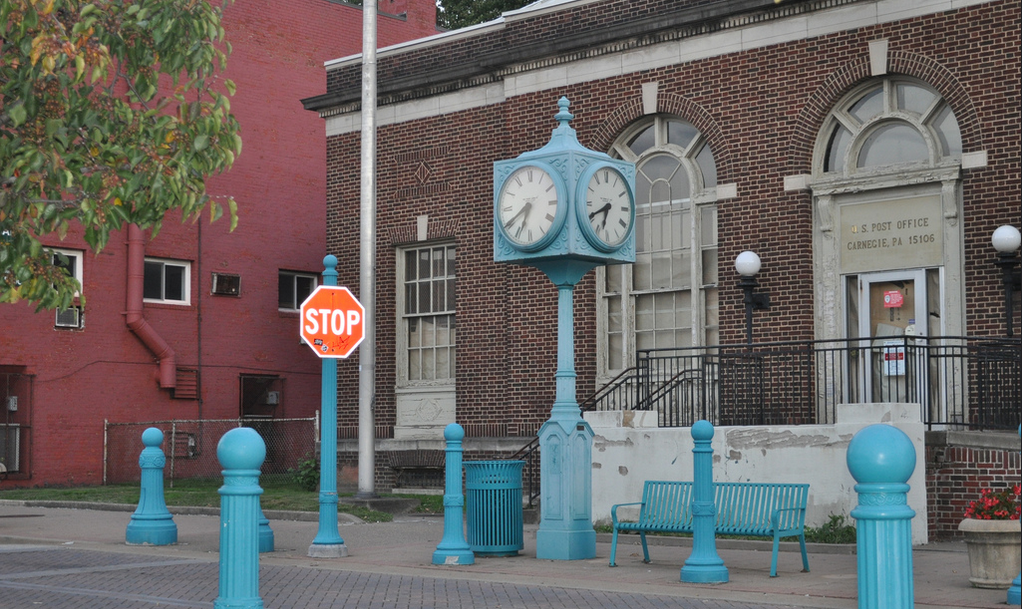 Scott Township: Sustainable Pittsburgh recently gave Scott Township a gold rating — meaning this community is thinking green and looking to the future. The Scott Conservancy [scottconservancy.org] has a Web page describing many projects aimed at improving the environment in the community.

Heidelberg: This tiny borough is bisected by Route 50 and has a winning soccer history. The Heidelberg Soccer Club [heidelbergsoccer.com], which still exists and competes, won the amateur national title in 1927, 1929 and 1955.

Carnegie: More and more commerce is heading toward the 120-year-old downtown of this borough, easily accessed from the Parkway West and the South Hills. From brunch to shopping to theater, Carnegie is carving out its space in Pittsburgh’s cultural scene.

Green Tree: This bustling borough connected to the ’Burgh by the Fort Pitt Tunnel once was the home of former congressman and presidential candidate Ron Paul as well as actor Zachary Quinto. This year, Green Tree earned a “Banner Community” designation from the Allegheny League of Municipalities for its practices in serving the constituents of the borough.

Collier Township: Collier Township is proud to be the home of the first formal Flag Day celebration in the United States, when Pennsylvania made Flag Day an official state holiday on June 14, 1937.

Cecil Township: In addition to a buzzing business park, Cecil Township also is home to the Stephenson-Campbell House [Tomahawk Claim Lane]. Listed on the U.S. National Register of Historic Places, it is one of the first examples of the conservation movement in the 1920s with its back-to-nature, single-family log home.

South Strabane Township: South Strabane boasts three sites on the National Register of Historic Places: the Doak-Little House [Route 40], the Martin Farmstead and the Thomas Munce House [both on Route 136].

Canonsburg: Canonsburg has many claims to fame. It’s the home of Sarris Candies [511 Adams Ave., sarriscandies.com] and the second-largest Fourth of July parade in Pennsylvania. It also is the birthplace of singers Perry Como and Bobby Vinton. 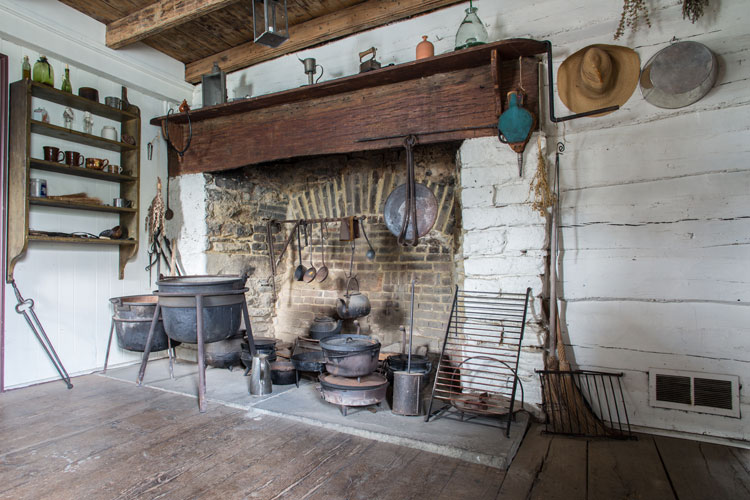 10 Things We Love Down the Highways

1 Browse the well-curated collection of home goods at Black Lamb Consignments [323 E. Main St., blacklambconsignments.com] in Carnegie. The shop carries second-hand luxury furniture and accessories at reasonable prices. We appreciate the excellent selection of appointments and knickknacks that help to make a room feel personal without having to fork over a whole paycheck.

2 J.D.’s Kettle Korn at Trader Jack’s Flea Market [999 Steen Road] in Collier Township is the perfect snack to munch on while ambling through the stalls in search of buried treasure.

3 Antiquing at the Heidelberg Antique Mall [1550 Collier Ave., pittsburghantiquemall.com] feels akin to shopping in your grandmother’s house. Perched atop a grassy hill, the cute cottage shop invites visitors to come in and look.

4 Throw back to the Middle Ages with a glass of mead at Apis Mead & Winery [212 E. Main St., apismead.com] in Carnegie. The Hopped Passion Fruit is our favorite of the year-round selection of honey wines, but the seasonal releases are not to be missed.

6 The moussaka at Shouf’s Café [200 Washington Ave., shoufs-cafe.com] in Bridgeville is a particularly tasty take on the traditional, lasagna-like Lebanese dish. We like it with a side of the eggplant-based dip baba ghannouj.

7 Take a “Holidays at the House” tour at Collier Township’s Woodville Plantation [1375 Washington Pike, woodvilleplantation.org] in November. A costumed guide will lead you by candlelight through the 18th-century home of Gen. John Neville, former commander of Fort Pitt.

8 Learn to make favorites such as bruschetta and gelato at Chef Domenica Merante’s (of the shuttered Merante Brothers Market) Italian cooking classes at CRATE [1960 Greentree Road, cratecook.com] in Scott Township.

9 Plenty of Pittsburghers live in houses with 100 years of history — but the number of homes that can double that age is far lower. When in Peters Township, make time to swing by the Enoch Wright House [815 Venetia Road], which dates to 1816. The Peters Township Historical Society maintains the trailblazing home.

10 Phantom of the Attic [2351 Noblestown Road, phantomoftheattic.com] in Green Tree is known for its extensive selection of comic books, but we like it for the niche board-game selection, including Settlers of Catan and Carcassonne. 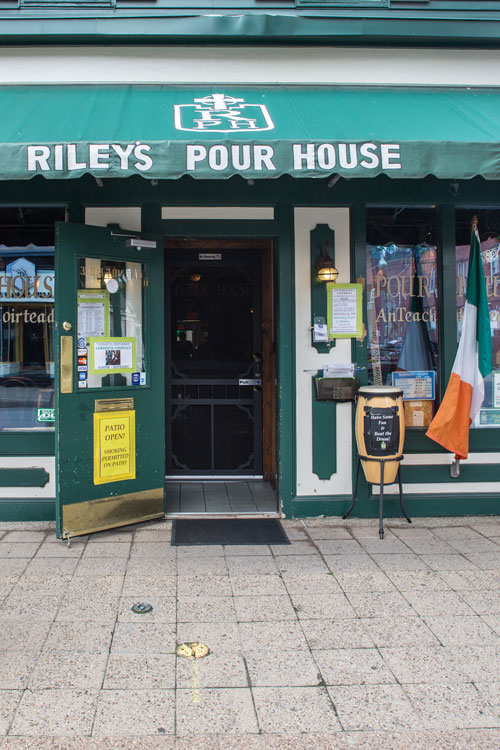 Carnegie Coffee Company [132 E. Main St., facebook.com/carnegiecoffeecompany] shares space in an old post-office building with a branch of The Medicine Shoppe, but the owners have managed to turn it into a delightful haven for relaxation and conversation. There’s a counter made of repurposed postal letterboxes, and the warm wood overtones and turquoise chairs create a harmonious, warm room to enjoy as you sip on Illy coffee, select from a solid tea list or nibble at a small selection of pastries. Just down the block is Riley’s Pour House [215 E. Main St., rileyspourhouse.com], an Irish pub that’s been going strong since 1979. There’s live entertainment nearly every day of the week.
— Hal B. Klein 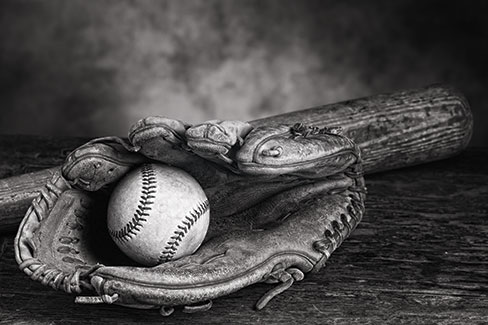 Celebrate baseball and softball season by fine-tuning your own hitting in The Greentree SportsPlex [600 Iron City Drive, gtsportsplex.com/baseballsoftball]. Its batting cages are open seven days a week, and $15 gets you all the balls you can hit. If, like some of us, you could use some help with your form, check out the sportsplex’s baseball and softball memberships, which pair batting-cage access with lessons from their experts. Now all you’ll need is your walk-up song. — Jennie Dorris