Lucky’s South Side Dog Festival is this Sunday. 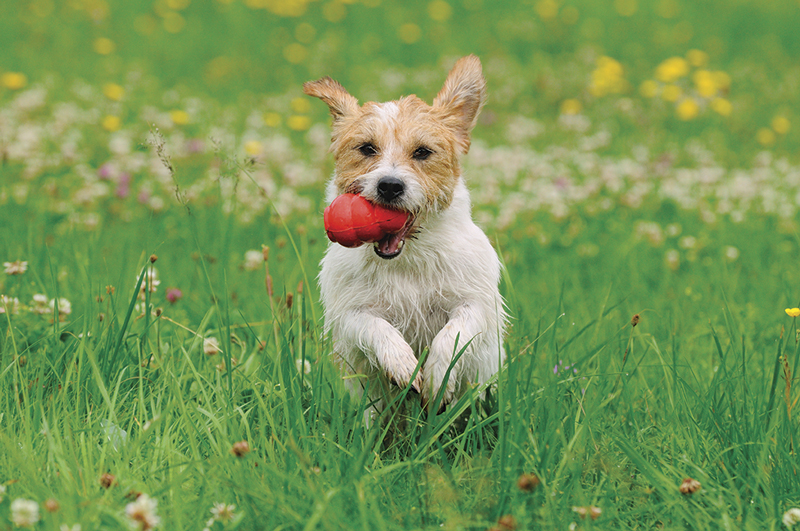 DOUBLE WIDE GRILL CELEBRATES POOCHES THIS SUNDAY
You’ve noticed it: A certain faraway, longing look in young Rover’s eyes. Sure, you give him good food, great treats, happy walks around the block and fun-filled romps in the park. But something’s missing — this pup craves a different kind of challenge. He may be a canine, but he’s got the eye of the tiger. He needs competition. There are plenty to chose from at Lucky’s South Side Dog Festival, scheduled for Sunday at Double Wide Grill.

Sure, the event will feature everything you expect from a street festival: giveaways, games and such, with an extra focus on awareness and pet adoptions. But the main event for you and your competitive companion is the series of contests held throughout the day; register at noon for the Howling and Yipping Contest, the Owner/Dog Look-Alike Contest, the Best Trick Contest and more. And if Rover doesn’t emerge victorious, he’ll be primed for a comeback: a similar fest at Double Wide’s Seven Fields location is set for July 20.

THE SPICY UNDERGROUND
We’ve developed an affinity for Casa Reyna, the subterranean restaurant and bar run by the owners of longstanding Strip District grocery Reyna Foods. Upstairs has long enjoyed a reputation as the place to get fresh, authentic Mexican ingredients, and long before they opened the eatery, a streetside taqueria attracted crowds. The cozy bar and restaurant opened in 2013, and authenticity is the name of the game, from the housemade tortillas to the impressive tequila list. Casa Reyna goes through the Bar Exam in this week’s edition of After Dark!

MOUNT A MISSION FOR BARBECUE
Nothing seems to personify summer better than sunny weather, cold drinks and a traditional barbecue. Although a cloud-free day is relatively unpredictable in the Greater Pittsburgh area, you still can enjoy the other amenities of a classic summer at the Western Pennsylvania Rib Fest, which runs through this weekend. This year, the festival has beckoned reputable U.S. barbecue joints, making sure you get the best of the best. Per usual, you can expect to find a beer garden and wine pavilion. The festival also will showcase musical performances from former Boston lead singer Fran Cosmo, Joe Grushecky and the Houserockers, The Hillbilly Way and many others.

IN THEATERS: Run for the hills: The fourth installment in the dull-as-dishwater “Transformers” franchise, “Transformers: Age of Extinction,” arrives in theaters this weekend, this time with Mark Wahlberg dealing with Optimus Prime and company. In more promising news, the acclaimed Sundance hit comedy “Obvious Child” makes its way to Pittsburgh tomorrow as well. —SC

Pittsburgh native Joe Manganiello gave a much-praised supporting role in the 2012 hit “Magic Mike.” In his directorial debut, he takes a documentary look at the club that inspired that film. “La Bare” premieres locally this weekend at the Hollywood Theater in Dormont. —SC

On Sunday, the Parkway Jewish Center in Penn Hills will play host to a free swing concert from 5-6 p.m., featuring the reunion of swing and jazz revivalists Henry Shapiro and Swing Fever. Click here for more info. —SF