Social media feeds were filled with rainbow selfies Tuesday, but none were as stunning as this shot by Dave DiCello. 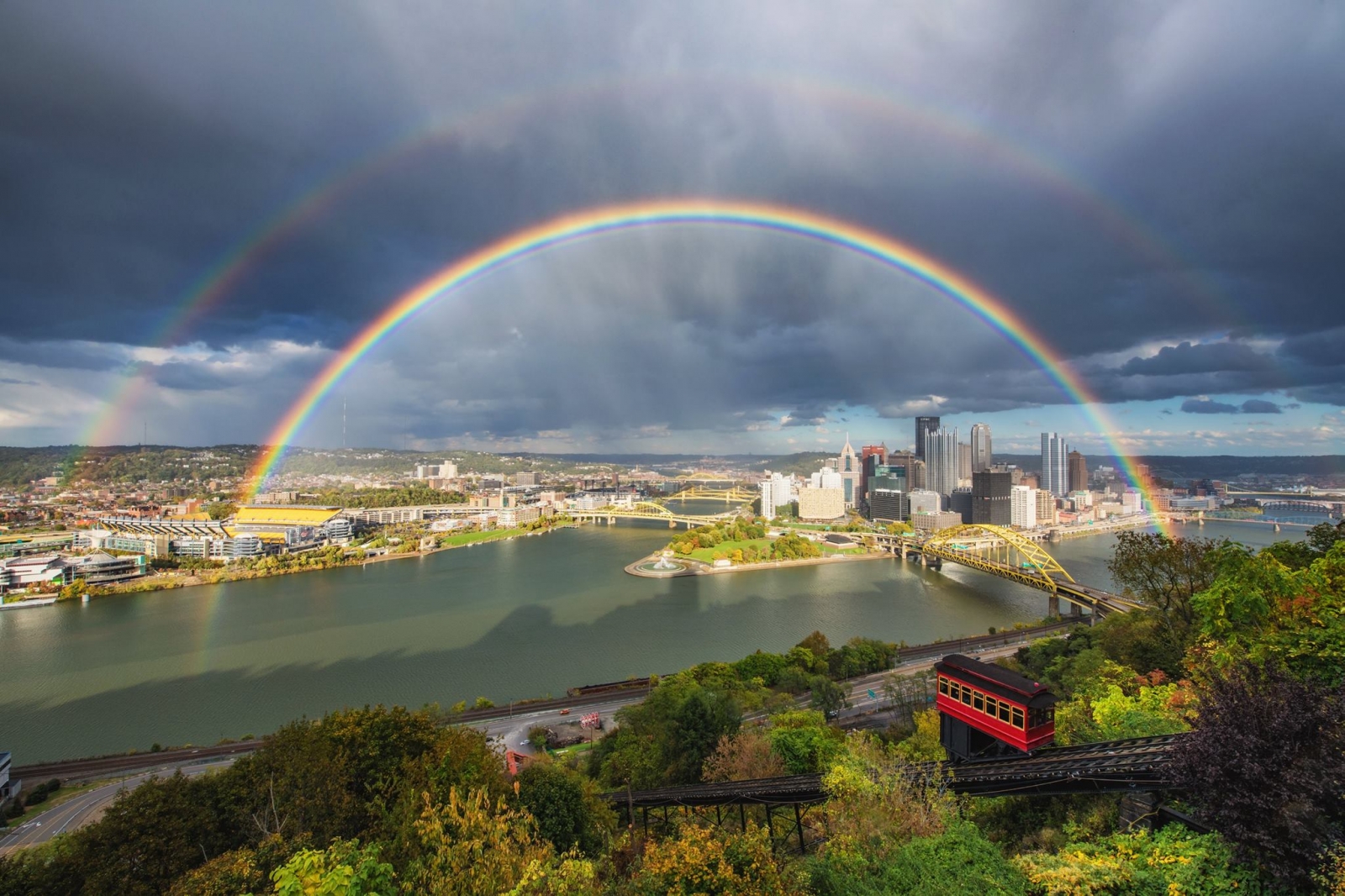 If you follow photographer Dave DiCello, you know that when a storm move in, he gets moving. He's captured epic images of lightning from his favorite perch on Mt. Washington.

Tuesday afternoon was no different. Although this time, he was rewarded with a different, more soothing consequence of the storm.

“I noticed some rain was headed straight for Pittsburgh,” he writes on Facebook. ”With the quick moving storm and plenty of sun in the sky, I thought that I had a decent chance for a rainbow. Well, I got there just in time, as the second of quick passing shower was lit up by the late afternoon sun, creating this incredible scene. This was definitely the most vibrant rainbow I've ever seen.”

And for those you youngsters who may be confused by our headline.