Don't Let Russell Martin Get the Drop on You

The Pirates catcher is ready to start another season behind the plate — and as 40,000 screaming fans saw in last fall’s Wild Card game against Cincinnati, he can make a big difference at the dish, too. 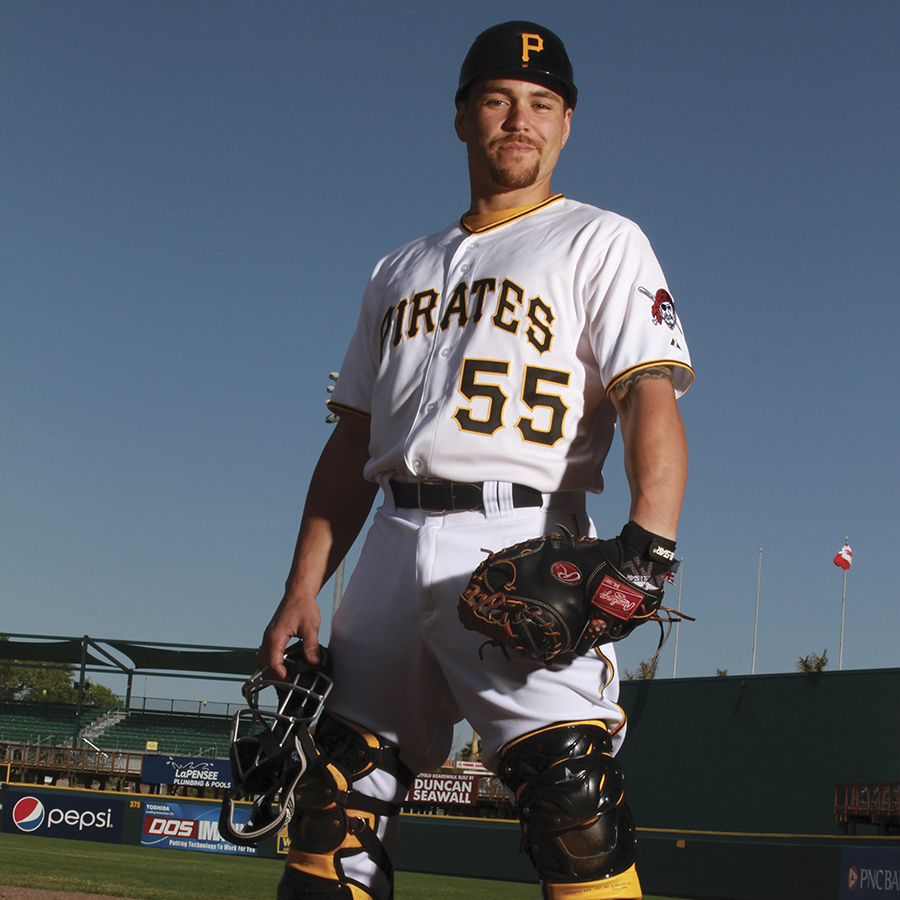 Big games often have unlikely heroes. It’s an old adage, but it holds true around here. When the Penguins finished off the Red Wings in 2009, it wasn’t Crosby or Malkin scoring the cup-winning goals; it was Max Talbot. When the Steelers became six-time Super Bowl champions, it was defender James Harrison with the breathtaking touchdown run.

In the Pirates’ return to the playoffs, Russell Martin was the one to put the Cincinnati Reds on their heels. Crowd-addled opposing pitcher Johnny Cueto served up a perfectly crushable pitch to the Pirates catcher, who launched it more than 400 feet into a sea of frantic fans. And yes — Martin does credit the crowd with the assist.

“When he dropped the ball, the tension dropped for me a bit,” says Martin, referring to an endlessly replayed moment where the crowd razzed Cueto until the shaken pitcher lost his grip on the ball. “And the next pitch — I don’t know if [dropping the ball] got him off his focus, but it was a mistake . . . right over the middle of the plate.

“When you get them, you have to hit them.”

Though Martin hit 15 homers in the 2013 regular season, his two Oct. 1 matched his total for the entire preceding month. The significance of contributing on that night isn’t lost on the 31-year-old catcher.

“Because of the crowd and the intensity and how meaningful that game was for the city of Pittsburgh, it was definitely special,” he says. “Actually having an impact on the game the way I did — that one’s in the memory bank.”

Pittsburgh signed Martin after the 2012 season, a year that ended in disappointing fashion for both parties. Pittsburgh had been atop the National League Central standings in mid-summer but thoroughly collapsed after the All-Star break. Meanwhile, Martin — who had been an all-star with the New York Yankees in 2011 — posted career-low numbers in batting average (.211) and on-base percentage (.311).

“The Yankees fans have been spoiled over the years, as far as winning so many championships,” says Martin. “Their expectations are to win a World Series every year — and that’s a bit unfair for the team.”

The Pirates spent the better part of a decade looking for a reliable catcher. Martin’s predecessor Rod Barajas was well-liked by the pitching staff but limp at the plate and utterly incapable of throwing out baserunners. Longtime catcher Ryan Doumit showed flashes of power but struggled with injuries. 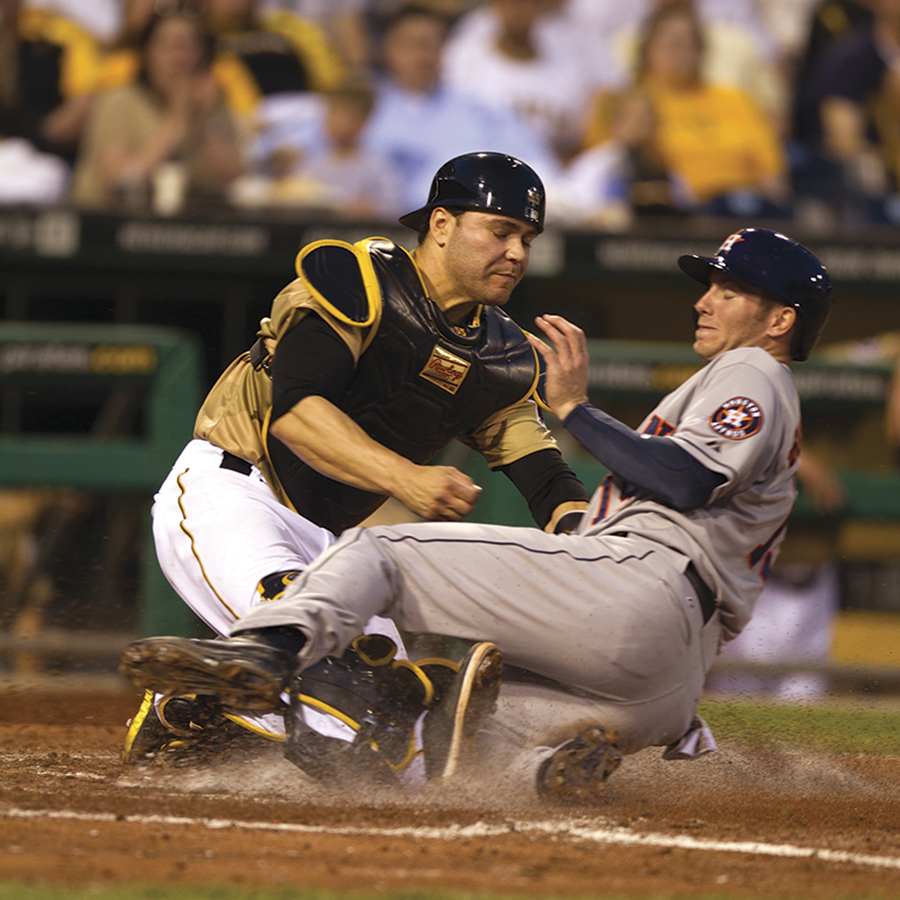 With an all-star pedigree and proven track record in the regular and postseason, Martin received an enthusiastic welcome in Pittsburgh. A home-run threat with a powerful throwing arm, the former Dodgers and Yankees player immediately became a fixture behind the plate.

Any casual fans who didn’t know his name before Oct. 1 committed it to memory that night. Long after Cueto had been chased, Martin added a second blast to his postseason tally as the Pirates continued to hammer nails into the Reds’ coffin.

“After you hit a home run in the game, you’re usually feeling pretty good out there,” Martin says of the second shot. “That was a no-doubter for me. That one felt better than the first one.”

The story from there gets bittersweet; although the Pirates dragged the St. Louis Cardinals into a series-deciding Game 5, the underdogs couldn’t upset the longtime N.L. powerhouse.

“Baseball is one pitch at a time,” says Martin. “It’s hard to pinpoint and say, ‘OK, this is why we lost.’ They played better. They just did a little bit more than us that day.”

As the high of the 2013 campaign started to wear off, regular hot-stove questions returned to the minds of Pirates fans. Without such late-season acquisitions as Justin Morneau and Marlon Byrd, who would fill holes in right field and at first? Could momentum spurred by the particular mojo of 2013 carry through an offseason? And with the departure of A.J. Burnett, what would the starting rotation look like?

That last question has been asked the loudest by the media, both traditional and social, since the end of the playoffs. Martin has a swift answer for pitching questions: “I’m excited to catch whoever’s out there,” he says, decisively. “There shouldn’t be any doubt in anybody’s mind [about] how our pitching staff is going to do. It’s going to be great.”

As for the mood of the team, Martin says that St. Louis is not at the forefront of anybody’s mind. Nor are those questions. And the doubts of the skeptics who call the 2013 team one-hit wonders can’t penetrate the pride behind the Pirates’ clubhouse walls.

This article appears in the April 2014 issue of Pittsburgh Magazine.
Categories: From the Magazine, Hot Reads, Pirates