Don't Be Afraid of Stand-Up Comedy

We don't want to mock you, offend you or ruin your night. Here's a few things to know if you're missing out on Pittsburgh's thriving stand-up comedy scene. 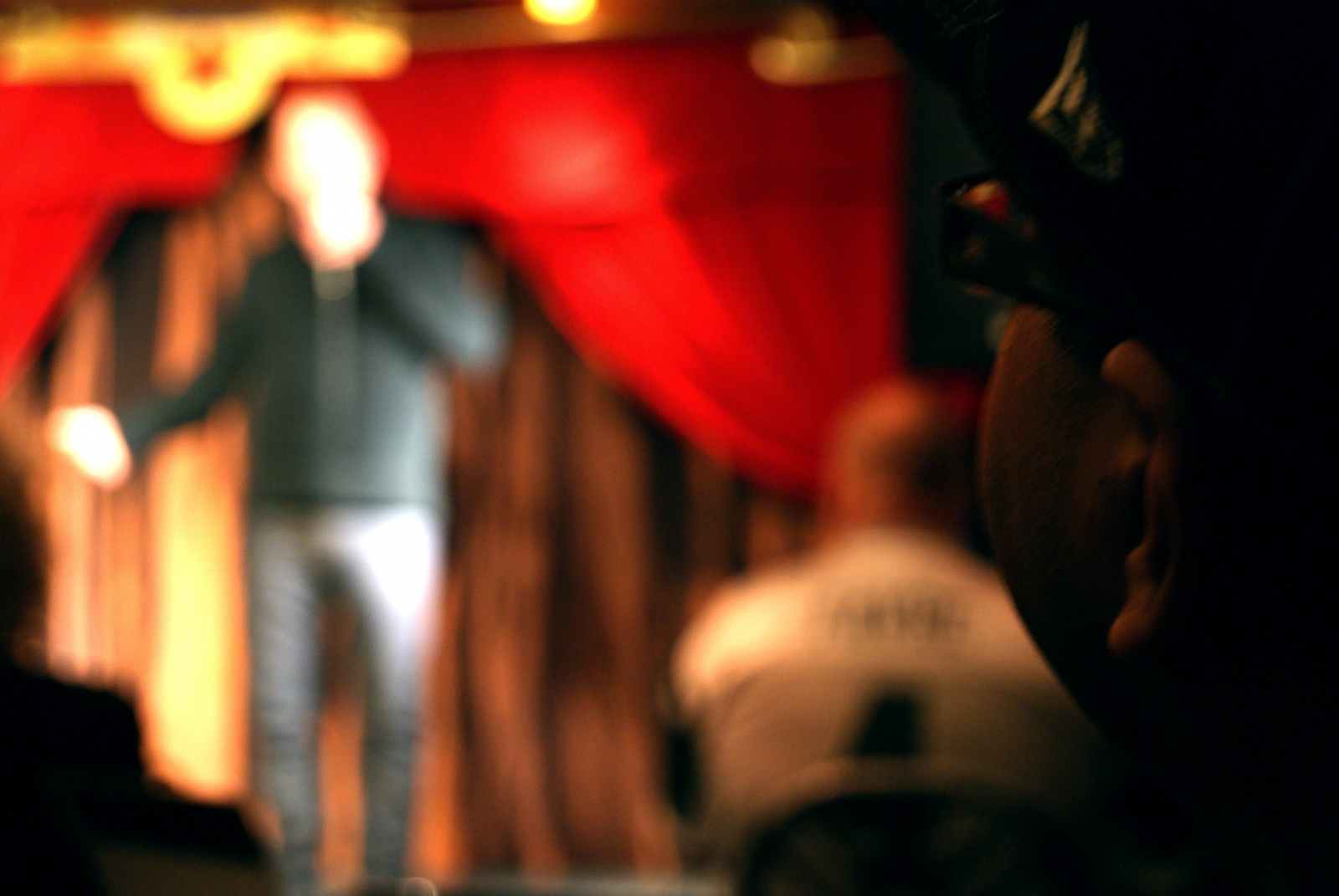 My side gig as a stand-up comic recently took me to a very small town well outside of Pittsburgh. I was performing at a “club,” in the non-urban sense of the word; not a nightclub, but a social club (think Moose halls, VFWs, that sort of community venue).

No, I’m not going to identify the town or club by name.

Because, for the first time, I found myself looking on as a brawl erupted in the crowd. This was a first for me; I’m generally not a particularly incendiary performer. On this night, though, a gentlemen took exception with some of my material.

How can I describe this respectfully? The inebriated man stood up to express his displeasure. Another fan nearby was angry at the outburst and issued a pointed response. Family members chimed in. Tables were pushed aside. All of a sudden, it looked like a tense hockey scrum.

I pleaded for a peaceful resolution, waited until the furor died down a bit, rushed through one more bit and said good night.

After that, I hid in a corner.

To be clear, this is an unusual incident; I’ve performed in many off-the-beaten-path venues for people in various states of intoxication, and it was the first time I’ve seen anything escalate to that level. But in a broader sense, I am surprised at the number of people who go into a stand-up show not knowing what to expect. So before you ask me — or one of the many comics who make up the thriving stand-up scene in and around the city — how to prepare for a night of comedy, let me answer some questions.

Are they going to make fun of me?
On odds, probably not. Many comics — I’d say the majority — don’t do a lot of “crowd work,” the term for riffing spontaneously on interactions with audience members. Some do, particularly in more intimate venues. Even then, though, it’ll be limited to a few members of the audience, and usually it’s all in good fun.

What if they do make fun of me, and I don’t like it?
Well, first, keep in mind that you’re doing the comic a big favor by playing along. Often, a performer doing crowd work will ask an audience member some basic questions — what they do for a living, what their relationship status is, where they grew up — and improvise some jokes. It’s usually not very personal, and I’ve never witnessed a comic explicitly mocking someone’s personal appearance or deliberately trying to cut deep. If you’re really uncomfortable, the comic will usually get the picture and move on; we’re trying to entertain the crowd, not ruin your night.

Do people heckle you at every show? Should people heckle the comics to keep the show going?
In short: no and no. Heckling is a rarity. To an extent, we know how to handle it, and sometimes we can spin it off into laughs, but no comic likes it. Even if it seems like a comic is very improvisational or spontaneous in nature, there’s a hidden structure and flow to that material; interruptions are never a benefit. If you really don’t like the material, respond with silence; that’s what we fear most.

If I sit near the stage, will I make myself a target for jokes?
Yes, if you’re seated near the front, a performer might address you. Again, if you seem uncomfortable, the comic will probably move on — and most seasoned comics have a general sense of whom to talk to and whom to avoid.

Everything’s funnier when you’ve been drinking, right? Should we go out before the show?
Comedy and adult beverages often have gone hand in hand. That said, only a bad comic needs the crowd to be drunk to be funny. While you’re more likely to get a case of the giggle fits if you’ve had one too many, we’d like to think our material will work just as well on people who haven’t been drinking. There’s no need to waltz into the club as if it’s St. Patrick’s Day.

I don’t like hearing jokes about [insert subject here]. Should I not go to see stand-up?
This is a tough one. The golden rule in comedy is that no topic is off-limits, but there have been countless debates over the years about how absolute that mantra is. And generally, I can’t promise you that any subject — even those that might be a trigger to some — won’t come up; I’ve heard it all at one point or another. Generally, any comic who’s good enough to get paid to perform is in it to entertain and amuse, and is trying to make everyone laugh. Ask yourself this question: Even if I trusted that a performer who made a joke about [insert subject here] was just trying to entertain and not offend, would it still ruin my night to hear that joke? If the answer is yes, I’d familiarize yourself with the comics on a show before you buy a ticket.

What makes a stand-up show good or bad?
Forgive the corny answer: you do. If you’re paying attention (that means very limited gabbing with your friends and minimal smartphone interaction) and come to the show ready to laugh, you’re doing your job. If you treat a comedy club as you would a bar where a strange person happens to be talking into a microphone, then things won’t go so well. Sit back, relax and tune into the comic and you’ll enjoy it. Stand-up is one of the most intimate, honest forms of performance around, and Pittsburgh is a hotbed for it. We want to show you a good time. Come on out.