‘Don’t Be a Jag’ about Cellphone Photos at Weddings

Plenty of ceremonies are now ‘unplugged’ with gentle reminders from signs and officiants — despite mixed results. 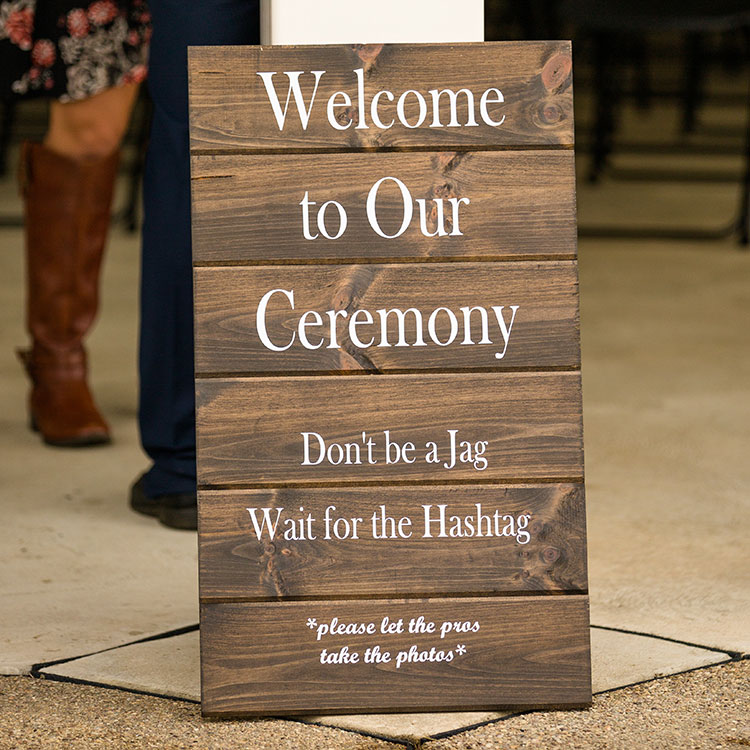 Lauren Rzeznik had to have a sit-down conversation with her mother and soon-to-be-mother-in-law before her wedding.

Don’t snap photos during the ceremony on your phone, she told them. That’s why the photographer’s there.

“They were the ones we were most concerned about,” says Lauren, who wed John Deily on Oct. 13, at Richland Community Park.

In the age of smartphones and Instagram, guests leaning into the aisle to snap a photo of the happy couple at a wedding is a common occurrence. But those guests can end up in the photos themselves, potentially blocking the bride and groom from the sightline of the professional photographer they paid to capture their day. To combat this, couples are coming up with some creative solutions. For Lauren and John, who live in McCandless Township, they decided to post a sign to gently remind guests to keep their phones stored away.

At first, the conversation was more about what general signage they would need for the reception. But Lauren’s best friend and one of her maids of honor, Meghan Dillon, asked about a “no photos” sign. 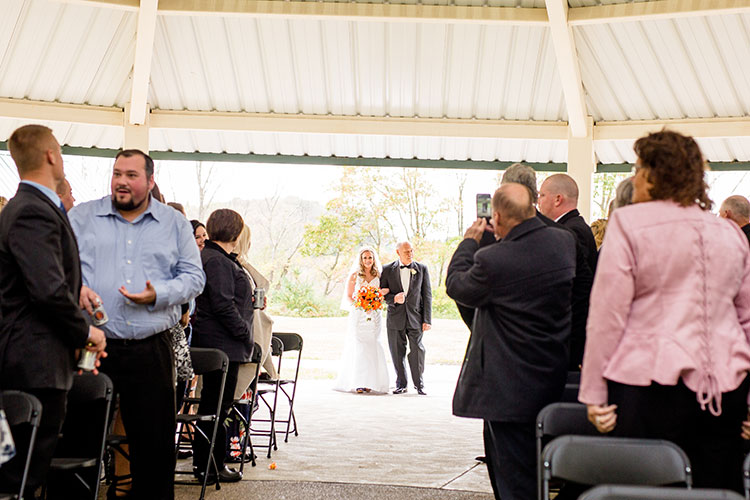 Brainstorming with other members of the bridal party, John devised the Pittsburghese-inspired rhyme: “Don’t be a jag, wait for the hashtag.”

“When it became funny, I was all for it,” Lauren says. Meghan made the final sign with wooden planks cut and stained then adorned with vinyl letters.

Photographer Jenna Hidinger, who shot Lauren and John’s wedding, says about half of the couples whose wedding she shoots use a sign to request that guests don’t take photos at the ceremony. Officiants often also offer reminders to begin the service.

“(Lauren and John’s) definitely gave the guests a good chuckle as they came in, and they paid attention to it,” she says. “If it’s something unique and different and pertaining to the area like that one, then people pay attention to it.” 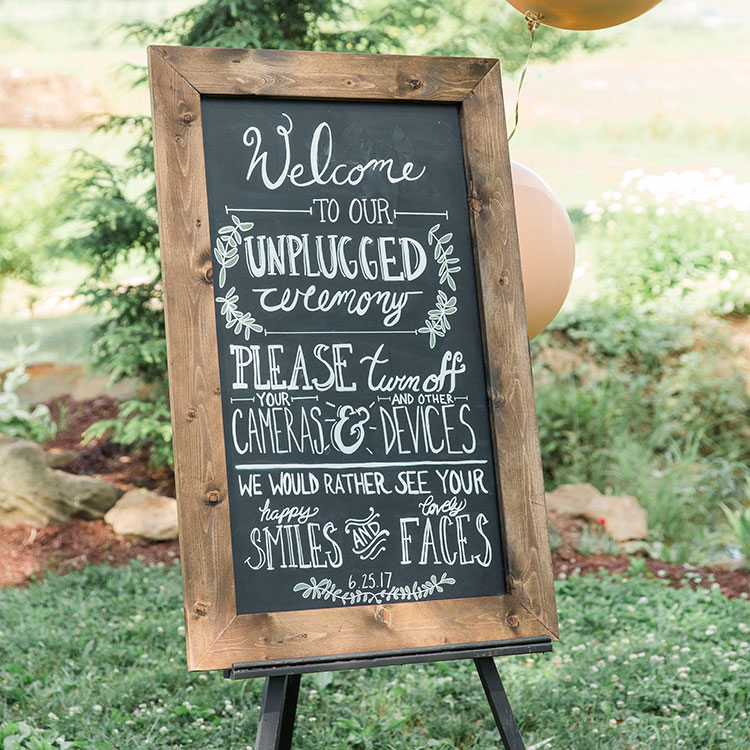 Tiana Weisman and Jake Smith used a similar sign at their June 25, 2017, wedding at Rustic Acres Farm in Lawrence County.

The pair, who now live in the Dallas area, wanted it to be straight to the point so that guests would take it seriously but also explain the underlying reasoning, Tiana says.

“When you’re recording something in some capacity, you’re stepping out of the moment getting the shot,” she says. “We wanted to frame it in a way that was like, ‘Hey, we want you to partake of the ceremony.’”

She was inspired by other weddings she had attended, having seen guests go a little too far with their own photography.

“It was seeing them interfere with the professionals that were there,” she says, noting some guests had brought their own high-quality digital cameras.

Tiana had to remind her grandmother at the beginning of the day, when the bridal party was getting ready: “You can just enjoy it, you don’t have to document it.” 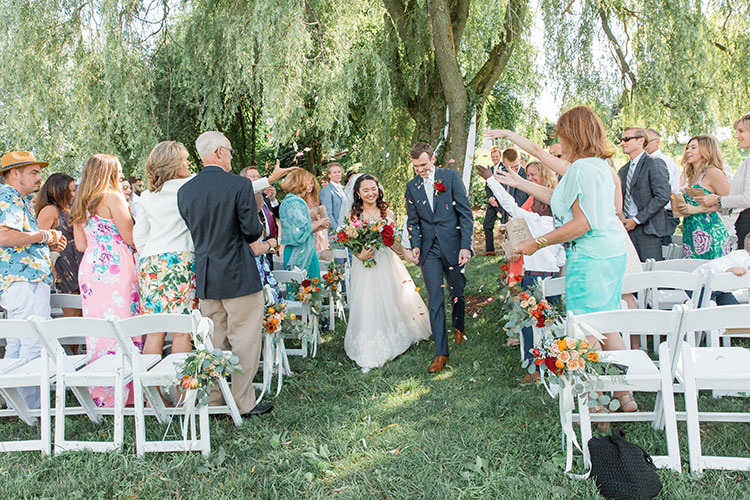 Afterward, however, some wedding-goers felt they had to confess.

“We had some people come up to us after the ceremony and say, ‘We snuck some pictures,’” Tiana says, but she was grateful they used a sign. “I think it worked out really well for us. It’s what we wanted.”

Her advice to other couples considering the same type of “unplugged” ceremony: Make sure the sign is big enough that it makes a statement, and keep the sentiment clear.

“If it would bother you … it doesn’t hurt to say something,” Tiana says. “These people are your loved ones. They want what’s best for you.”

Hidinger says she has never scolded any wedding guests who were taking pictures but wants them to respect her need for clear sight lines, especially when the bridal party walks down the aisle.

“It’s hard, because I never want to make a bride feel like their guests can’t have phones or take pictures,” she says. “Aunt Suzy might want that photo too, but she can get it from the bride later.”

With the advent of digital photo albums, all accessible online, Aunt Suzy can even download her favorite shots directly from the photographer.

“When the couple invests in wedding photos, it’s not just for themselves,” Hidinger says.

Similarly, when she’s taking photos of the guests, a phone takes away from showing genuine connection to the event.

“You want to remember the smile your mom or dad had, but if his phone is in front of his face, then you can’t see it,” Hidinger says. “Marriage is such a beautiful thing, so it’s important to be present.”