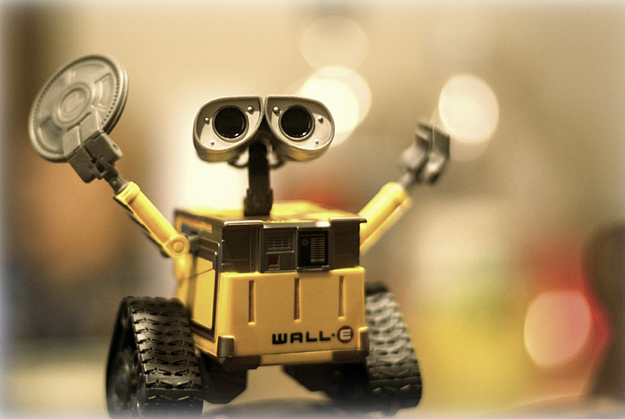 CARNEGIE MELLON UNIVERSITY PROFESSORS PIONEERING ROBOTIC SURGERY
From the invention of the handy, dandy Roomba (yes, that clever little vacuum that is supposed to make housework easier) to the creation of EMILY, a robot lifeguard that works quickly, droids are becoming an increasingly large part of our lives. And their reach goes far beyond the beach and living room — these guys are being used in the operating room, too.

Surgeons have already begun using robots — and robotics experts like CMU professors and Manuela Veloso and Howie Choset are continually finding new ways to utilize these devices in medical settings. It’s weird to think that a tiny robot could be a huge aide to doctors, helping them perform surgery — but it’s one that may soon be reality, thanks to Choset’s newest snake robot (which is smaller in diameter than a dime).

It is hoped that such devices will help make surgeries faster and simpler. In addition, these tiny objects will also help reduce medical costs and enable patients to heal faster.

WVU PROFESSOR RECEIVES FUNDS TO INSPECT, LEARN ABOUT GENES
We know why we grow to be tall or short, have blue eyes or brown eyes, or grow black hair or blond hair. It's in our genes. But Dr. Jennifer Hawkins says examining those genes could hold the key to fighting world hunger.

Dr. Hawkins, the assistant professor of biology at West Virginia University's Eberly College of Arts and Sciences, has been granted $755,895 from the National Science Foundation for three years of her genetic research project. She will work with assistants at Hawkins' new Plant Comparative Genomics lab on a test subject we all know and love: corn.

Hawkins' project will provide opportunities for WVU students across the disciplines of biology and mathematics to discover more about molecular and evolutionary genetics, the patterns and structures found in all living things.

The goal of the research is "designed to enhance and advance agricultural practices," as Hawkins wrote in her NSF grant proposal. If the project works, Hawkins could uncover more about the secrets that control gene expression and variants. Successful research would get the gears turning to figure out how we can farm greater amounts of quality food to feed a hungry, growing world.

Leslie, a self-taught painter, founded the Pattison School of Art, where he eventually instructed Carrie Houck, his future wife. Though united by their love of art, the couple had different interests when it came to painting: Leslie created portraits and landscapes, while Carrie captured scenes from their home and flower garden. The artsy duo often met with a group of other local artists, ultimately forming the Indian Artists Association.

The North Galleries at the University Museum of Indiana University of Pennsylvania will display “Paintings by the Pattisons,” featuring pieces from the museum’s 1930s and 1940s collections. Meanwhile, the South Galleries will host the 76th annual Indiana Art Association Spring Show, which will present the recent works of association members.

The exhibit is open to the public  through Aug. 4. For more information about the exhibit and IUP's galleries, please visit iup.edu.

This article appears in the June 2012 issue of Great Minds.
Categories: Great Minds