Does Pittsburgh Really Make the Best Cake in America? 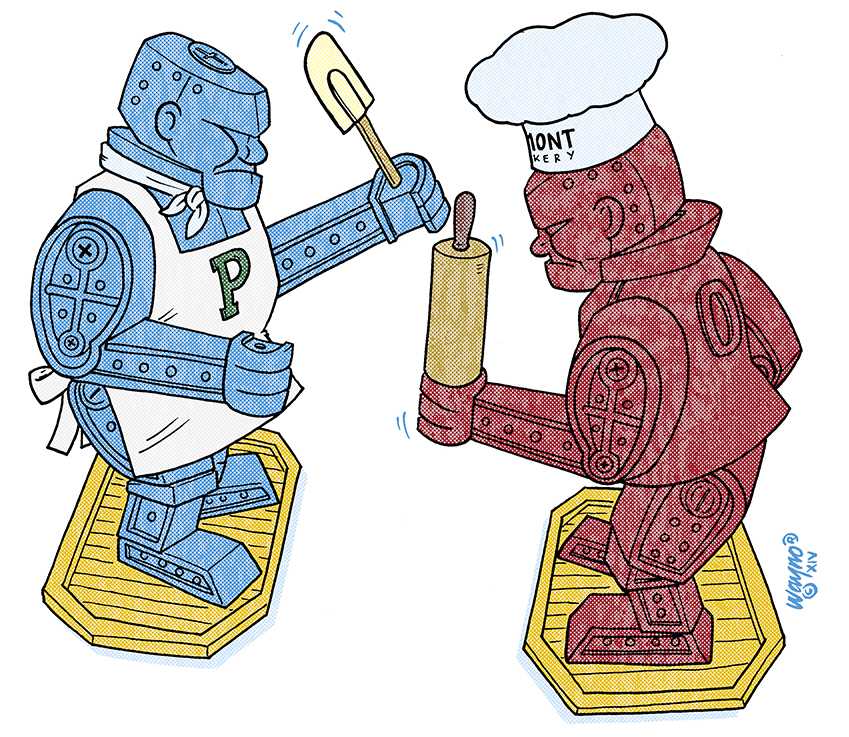 "Who’s got the best cake in the country? Pittsburgh does!” “Best cake in all of America! Woo!”

This was the virtual chest-bumping reaction in April, when Huffington Post writer Julie R. Thomson declared Prantl’s Bakery’s burnt-almond torte to be the “Greatest Cake America Has Ever Made.”

If there’s one thing we ’Burghers love, it’s the chance to cheer about our city and show the rest of the world that we’re not “Pittsburgh? Really?” We’re “Pittsburgh. Really!” We like to brag about our restaurants, our resiliency and our skyline (which makes your skyline look like a 6-year-old’s Play-Doh and booger creation).

I am one of Prantl’s most-rabid cheerleaders. But when the Huffington Post piece came out, I didn’t run down Grant Street whooping while Instagramming ecstatic selfies of me with Prantl’s icing on my face and almond slices stuck to my eyebrows. Because I realized that the news outlet didn’t hold a contest or blind taste test. It didn’t use any science at all. It just published a post from one person among Earth’s billions of people and let her proclaim Prantl’s burnt-almond torte as the “Greatest Cake America Has Ever Made.”

This is the problem with the Internet, typed the crotchety old lady. Widely read websites publish reader-submitted opinion pieces and slap hyperbolic titles on them as if that alone makes them truth: “The official greatest song of the summer.” “The ultimate listing of the top skylines in the world.” “The definitive ranking of dogs stuck in couches.”

Definitive by what standard — science? No, by the standard of the dude who spent five hours of his life sifting through pictures of dogs in couches and decided the panic-eyed Chihuahua fully wedged in a sleeper sofa beat the pug butt-stuck between the leather cushions. This is today’s Internet, ladies and gentlemen.

So when I saw that a headline writer called Prantl’s cake the greatest cake in America, I remained calm. Not three days prior, I had determined whether Prantl’s was the best cake in Pittsburgh. And I did it with science. Kind of.

The occasion was my sister’s birthday dinner at our parents’ house. Burnt-almond torte is her favorite, so I bought one from Prantl’s. But my cousin, not knowing I had already taken care of the cake, grabbed one from Oakmont Bakery.

There they sat. Two burnt-almond tortes. Eyeing each other like boxers at a weigh-in. White box. Black box. I considered one to be the best cake in Pittsburgh; my Oakmont-dwelling cousin considered the other to be the champion.

There can be only one. Let’s rumble!

We devised a blind taste test with my sister, our niece and me. In the end, my niece and I picked Prantl’s, while my sister settled on Oakmont. When I had heard that I chose Prantl’s, I leapt from the couch and punched the air triumphantly. Prantl’s was better. I knew it. Science had just proven it. But then things got interesting.

We decided that if we really wanted to call this science, we couldn’t use a sample size of three based on a population of 313 million Americans. So we had every person at the party take the same blind taste test.

Partygoers crowded around the person taking the test. We watched in absolute silence. We waited breathlessly for each decision as if Maury Povich was about to read paternity results. “When it comes to this cake . . . OAKMONT IS YOUR CHOICE!” *wild cheering and incredulous weeping*

Soon, it was tied. Siblings divided. Marriages splintering before our very eyes. We were so desperate for a winner that we attempted to have a 9-month-old baby cast a vote, but she just inhaled both pieces of cake and burped. What good are you, baby? We’re trying to do science here.

We were eyeing the dog as a possible voter, when we realized there was one cousin who hadn’t yet taken the test. This was it. The tie-breaker. For truth. For science. For cake.

They’re both fantastic cakes, and it’s likely a matter of personal preference. But be on the lookout for my future BuzzFeed piece called “The definitive ranking of the Top 10 ways I reacted childishly to Oakmont Bakery narrowly beating out my beloved Prantl’s.”

This article appears in the June 2014 issue of Pittsburgh Magazine.
Categories: Eat + Drink Features, From the Magazine, Hot Reads