Does Pittsburgh Have the Nation’s Best Riverfront?

Then help the Steel City to earn that title by voting in an online poll. 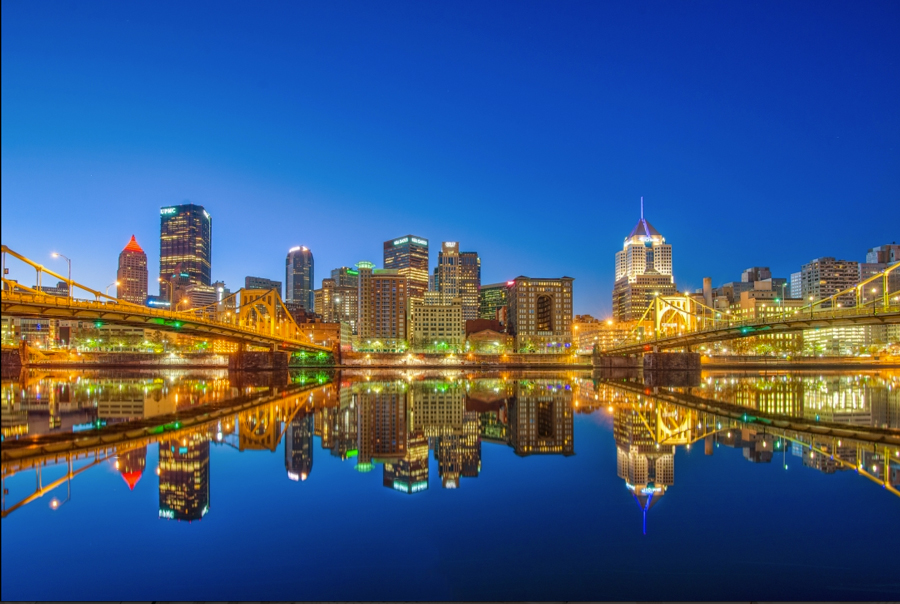 If you believe that Pittsburgh has the country’s best riverfronts (and it does), now’s your chance to be heard. USA Today is holding a national poll to determine which city has the top U.S. riverfront. With nearly 13 miles of parks and trails that pass along not one but three rivers, we can see why our metropolis landed among the finalists. The best part is it’s only getting better — new additions are beginning to take shape, and even more developments are planned for the future.

We’re currently sitting at fifth place in the poll — so we have a bit of catching up to do. Vote here.

While you’re at it, revisit our story on how our riverfronts have become a national model for redevelopment:

The Pittsburgh Cultural Trust Gallery Crawl celebrates its 10th anniversary tonight. To mark the occasion, there will be a variety of gallery openings, dancing, film showings and even a national headlining act.

Some of the most anticipated gallery openings include “Public Record,” a multimedia exhibit from Icelandic artist Finnbogi Petursson that explores topics of “love, absurdity, surveillance, gaming and identity.”

All events are free and will take place in the Cultural District. Find the full list here.

#Race: Riddle Rally is back

Tomorrow Washington’s Landing will serve as the starting point to the annual Riddle Rally. According to the event’s press release, this is not your typical rally race — it “involves solving clues to decipher a route, driven at legal speeds on public roads. Smart phones and GPS can be dangerous tools. The RR is deliberately designed so that the info found on a GPS or smart phone can be extremely misleading.”

You can find out more information, as well as 2013’s list of winners, here.

Pittsburgh will be receiving the services of some of the nation’s best and brightest programmers for the better part of 2015 as part of the “Code of America” fellowship program.

The program, which is in its fourth year, will recruit technology experts to help local governments to build better applications in order to solve problems. For Pittsburgh, that problem solving will include a focus on how to make government purchases more efficient and organized.